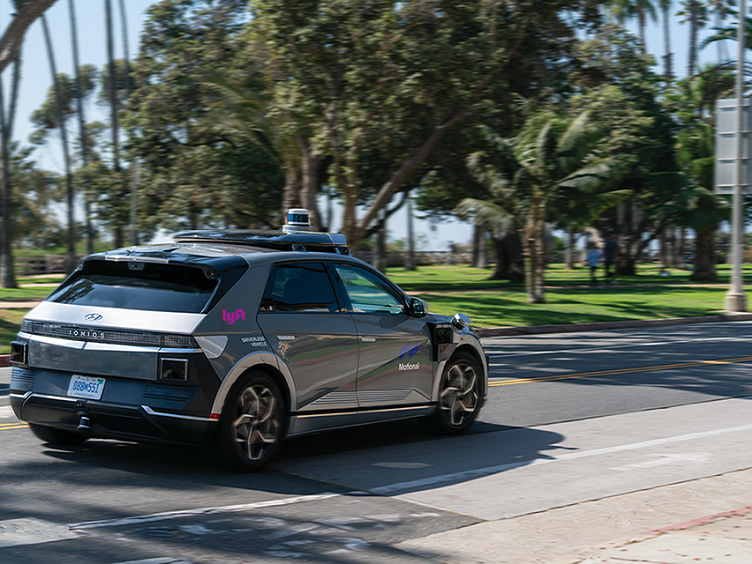 A Lyft robotaxi powered by Motional technology on the streets of Los Angeles. The companies will be the second to launch services in the city. Source: Motional

Joining Waymo to test autonomous vehicles in Los Angeles, Motional and Lyft have teamed up to conduct public rides in the city using Motional’s robotaxis.

Motional, the joint venture between Hyundai Motor Group and Aptiv, and Lyft, one of the largest ride-hailing vendors, have previously worked together on an autonomous vehicle network in Las Vegas. The companies said they plan to introduce full driverless ride-hailing service in 2023 and scale their service to multiple U.S. cities.

Motional’s IONIQ 5 SUVs will be tested on the Lyft network in Los Angeles, giving access to riders for multiple modes of transportation. Waymo, the autonomous arm of Alphabet, announced last month it would begin ride-hailing services in the city, the company’s third city it has started testing.

“Los Angeles is the second most populated city in the U.S. and represents a huge market opportunity for AV adoption,” said Karl Iagnemma, president and CEO of Motional. “This service will build on the five years of commercial experience we already have with Lyft, and give Los Angeles riders a driverless experience that prioritizes safety, is affordable, and supports the city’s commitment to improved mobility.”

The companies decided on Los Angeles based on high interest in autonomous vehicles compared to the rest of the country. Additionally, they are working with local officials and organizations on how to realize and expand potential benefits of autonomous technology, Motional said.

Since Lost Angeles is one of Lyft’s largest ride-hailing markets, the network is already established and Motional has operations and engineering in the city since 2016.