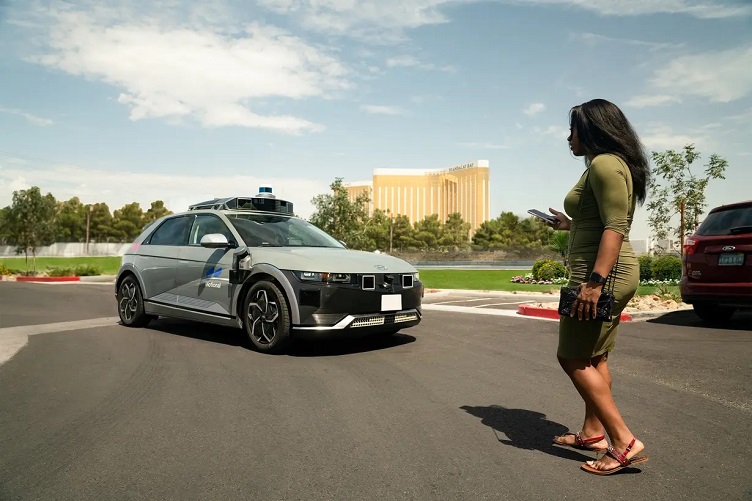 The IONIQ 5 all-electric autonomous vehicle will be used by ride-hailing customers in Las Vegas and will eventually be used for full driverless ride-hailing starting in 2023. Source: Motional

Motional, the joint venture of Hyundai Motor Group and Aptiv, and Lyft have added Motional’s first commercial robotaxi, the IONIQ 5, to the Lyft network in Las Vegas.

The IONIQ 5 is designed to be an autonomous vehicle with fully driverless capabilities for ride-hailing. The robotaxi was introduced last year as a vehicle capable of Level 4 autonomous driving.

The companies plan to use the vehicle for full driverless ride-hailing services in 2023 and scale to multiple U.S. cities. It will also be the first time the public in Las Vegas will get to ride in an all-electric autonomous vehicle on the Lyft network.

“Motional and Lyft have a clear path to widespread commercialization of Level 4 autonomous vehicles,” says Karl Iagnemma, president and CEO of Motional. “We’ve led the industry in commercial operations for years, and today’s launch signals we’re on track to deliver a fully driverless service next year.”

Consumers who ride in the IONIQ 5 get to unlock doors through the Lyft app and start the ride or contact customer support form in the car. An in-ride display also gives consumers features during the ride and prepares users for more driverless rides when the service launches in 2023.

Motional and Lyft have been collaborating on public ride-hailing with autonomous features since 2018 and have given rides to more than 100,000 Lyft users. Lyft said the service has a 95% approval rating and many have become repeat riders of the technology.

Nearly two years ago, both companies outlined a plan to get fully driverless robotaxis on the market by 2023 after Motional was granted permission to remove drivers from its vehicles for further testing in the Las Vegas area. The goal was to start in Las Vegas and then branch to other cities