Waymo to bring robotaxis to L.A. 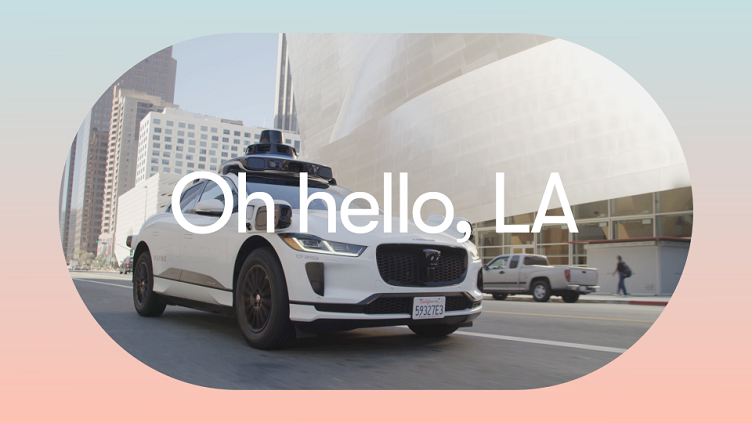 Waymo robotaxis will be soon on the streets of Los Angeles as the third city that will offer autonomous ride hailing service. Source: Waymo

Waymo, the autonomous vehicle arm of Alphabet, plans to bring its autonomous ride-hailing robotaxis to the traffic heavy streets of Los Angeles.

Waymo has already been testing its autonomous vehicles on the streets of Phoenix and San Francisco and the company said it will further expand to other cities in the future.

The move to open a third city for robotaxi testing comes after Waymo started rider-only service in Arizona without a safety driver. In San Francisco, Waymo started the first days of its robotaxi service earlier this year as it expanded its operations from just Phoenix.

The ride-hailing service will begin in several central districts over the next few months and Waymo has been mapping many L.A. neighborhoods including Downtown and Miracle Mile, Koreatown, Santa Monica, Westwood and West Hollywood.

Additionally, the company has already driven millions of miles autonomously on freeways and roads that include crisscross freeway ramps, narrow surface streets, high numbers of unprotected left turns, blinding sunsets down east-west roads and distracted drivers. This will help the robotaxis to handle some of the most challenging roads.

The robotaxis will be deployed all day for residents to use for work or for entertainment venues and everything in between.

Waymo said the move to open up robotaxi service in Los Angeles is one of the largest ride-hailing opportunities in the world given the 13 million residents that live there. It also said it is an estimated market opportunity of $2 billion in 2022.

"If we want to change the car culture in Los Angeles, we need to give Angelenos real alternatives to owning their own vehicle — including a world-class public transportation network, a range of active transportation options, and the convenience of mobility as a service across our city,” said Los Angeles Mayor Eric Garcetti. “By adding Waymo to our growing list of ways to get around, we’re making good on our commitment to ease congestion on our streets, clean our air and give people a better way to get where they need to go.”