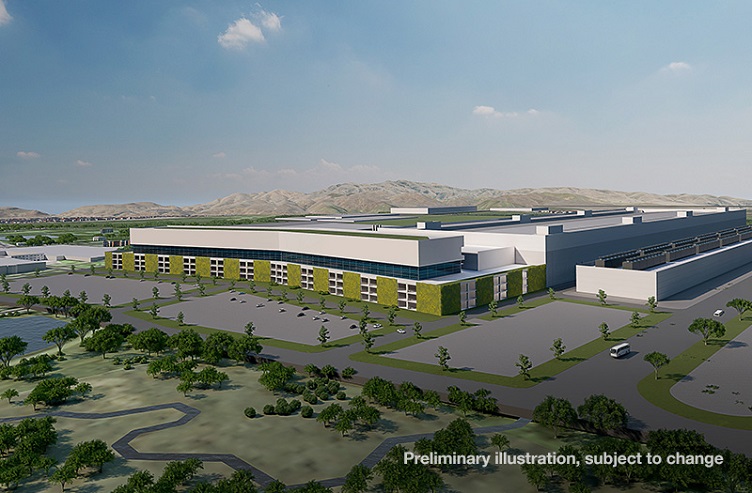 An artist rendering of the new memory chip fab that Micron will build in Boise, Idaho. It will be the first new memory fab built domestically in the last 20 years. Source: Micron Technology.

Micron Technology Inc. has named Boise, Idaho, as the location for the first new memory manufacturing fab built in the U.S. in the last 20 years.

The investment in the fab, which will total about $15 billion, is part of a planned $40 billion Micron will spend through the next decade in the U.S. on leading-edge memory chip manufacturing.

The goal is to ensure a domestic supply of leading-edge memory required for the electronics industry for the automotive, data center, internet of things (IoT), artificial intelligence and 5G sectors.

The new fab — through the incentives and federal grants from the CHIPS Act as well as investments from Micron — will create more than 17,000 new jobs in America including about 2,000 direct Micron jobs by the end of the decade.

The new fab in Idaho will be the largest private investment ever made in the state and will be co-located next to Micron’s current headquarters in the state. The company said this co-location will enhance efficiency, accelerate technology deployment and improve time to market.

Micron said it will also expand its investment in K-12 STEM (science, technology, engineering and math) education programs and increase focus on rural student and underrepresented students in Idaho. Additionally, Micron said it will form new partnerships with Idaho institutions and universities including a partnership with College of Western Idaho to increase engineering curricula to prepare students for the company’s apprenticeship program.

While expanding domestic U.S. semiconductor manufacturing is an important aspect to Micron’s overall strategic expansion, the company plans to invest more than $150 billion globally over the next decade in manufacturing and R&D. This includes the $40 billion it will spend in the U.S.