What's Your Plan for Weird Weather? 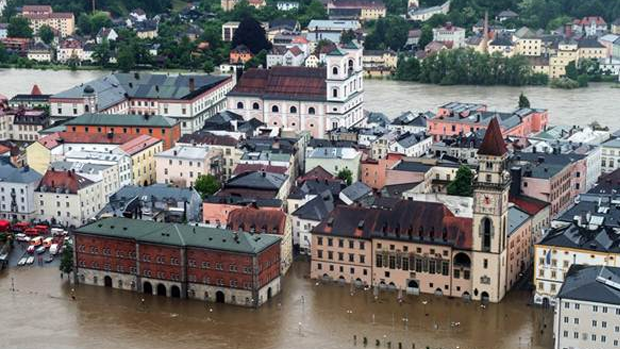 When Thailand was hit by torrential floods in late 2011, it knocked the hard disk drive industry for a loop, as nearly a third of the world’s disk drive producers are situated there.

And when concerns that ash ejected during the 2010 volcanic eruption in Iceland would damage aircraft engines, the result was the largest air-traffic shutdown since World War II. Shipments of equipment and components came to a standstill.

But when deadly floods forged a path of destruction through central Europe last month, bearing down on Hungary, Slovakia, the Czech Republic and Germany, fortunately the electronics industry seemed to have emerged relatively unscathed – or at least, there were no headlines reporting severe damage to large manufacturers. Only a few smaller companies – like Hartl Elektrofachgroßhandel, was unable to deliver electronic spare parts – had their distribution programs crippled temporarily.

It remains to be seen whether the European semiconductor foundry industry will be affected, said Greg Jaknunas, senior product marketing manager at IHS. Dresden, Germany, where Globalfoundries is located, is in the general flood area; as is Erfurt, home of X-Fab Semiconductor Foundries AG and Landshut Silicon Foundry GmbH. However, X-Fab and Globalfoundries have plants at other locations outside of the flood-affected regions.

“This geographic dispersal, both in and out of the country, should help to alleviate supply chain disruptions,” Jaknunas notes. “Since semiconductor foundries generally are working below capacity, shifting work to plants that have capacity should ensure close to consistent supply.

However, unusually bad weather events – which seem to have become more frequent lately -- are nothing to be trifled with, say experts, and manufacturers need to make plans for future nature-related disruptions.

Indeed, in 2007, the EU issued a directive that requires all member countries to determine which coasts and rivers are at risk of flooding and to reduce the flood risk.

“Closely following the directive’s recommendations and diversifying locations, manufacturers assuming the costs to do so make sense, and their actions can ensure continuity of supply and an easing of the impacts caused by natural disasters,” says Jaknunas.

Robert Brodesky, director of transportation consulting at IHS, studies the impact of emergencies, particularly from climate change, and advises enterprises on how to prepare, respond and recover from them. He recommends this five-step strategy:

“It’s surely more expensive but it creates supply-chain resilience,” he said. “Like any good pilot who has a checklist of what to do when a system fails, a similar alert-and-action plan is necessary for supply-chain disruptions. It won’t prevent the water from coming, but it will certainly lessen many of the negative consequences.”

Preparation for future threats needn’t be as complicated as investing in a new plant elsewhere; there are some low-hanging types of activities that companies can consider immediately. For instance, consider who in the company is on the front line of responding, and be sure they know their roles and responsibilities. Who should they be talking to in the event of a disaster? Do they know how to get in touch with local emergency management or law enforcement? And do others in the company know who is in charge and how to contact those people?

The most common problem for enterprises is that their disaster prep and recovery efforts are all too often siloed with, for instance, procurement making its plans while manufacturing and distribution also have their own.

Instead, Brodesky’s best advice is to have a champion at the very top of the organization with the authority to oversee all the different organizations and integrate the plans that will benefit the entire enterprise.

At Jabil Inc., the provider of electronics manufacturing services that operates in 33 countries, the recent flood had no effect on business whatsoever, says Erich Hoch, senior vice president and chief supply chain officer. He attributes the company’s health to “a very sophisticated, state-of-the-art risk management process” that is managed by all the corporate functions but is ultimately overseen by Hoch.

“We are making sourcing decisions based on costs, flexibility, and terms (the usual procurement parameters),” he says, “but since the financial crisis and flood in Japan, we have increased our risk multiplier for every single decision. The equation has obviously become more complex but it is paramount for future success.”

Unfortunately, as evidenced by the disasters that have disrupted global supply chains the past several years, it seems most companies lack a “grand plan” to weather future storms, said Thomas J. Dinges, CFA, senior principal analyst, Outsourced Manufacturing Intelligence Service at IHS. And companies often must deal with decisions made decades earlier, like where a factory was to be located.

“A key criterion for a factory site made many years ago may have been the availability of skilled employees nearby, or that you needed stable infrastructure for power and water. The fact that the location could flood every 100 years was a much smaller concern,” he said.

But today climate changes are taking their toll.

“Still,” added Dinges, “it’s very difficult – and expensive – to move factories or change the supply base even when the risk is known. I’m not saying it can’t and isn’t done. But it inevitably requires significant capital. And that’s not always an easy decision to make.”