Comau is working with multiple clients in different parts of the world to automate the production of fuel cells and electrolyzers.

By leveraging its knowledge and expertise in electrification and renewable energies, Comau is helping facilitate the creation of reliable, zero-emission power. It is doing so by developing a proprietary solutions portfolio to automate key process steps, including cell preparation and stacking, leak testing and more, as part of its commitment to lowering the price point of fuel cell and electrolyzer manufacturing.

In China, for example, Comau is collaborating with Shanghai Hydrogen Propulsion Technology (SHPT), a 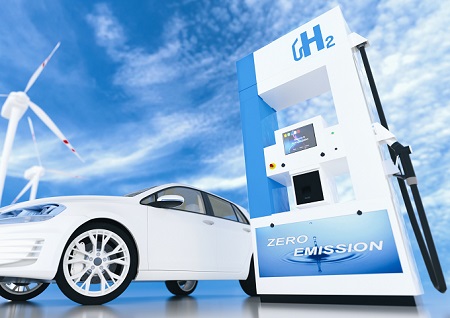 Source: Comau leading hydrogen fuel cell company, to provide an advanced production line for its hydrogen fuel cell stack. The company is also pursuing opportunities to design, produce and sell hydrogen solutions for light and heavy-duty vehicles and an electrolyzer manufacturing pilot project in the Europe-Middle East-Africa region, and opportunities in Oceania.

All these projects aim to industrialize the largely manual manufacturing environment, which will both scale-up production volumes and increase the quality of the high-precision process. Automation can also reduce operating costs by up to 20% according to internal estimates, thanks in part to the increased precision and the reduced burden of cleanroom security measures.

Taking a closer look at the hydrogen project in China, SHPT is a holding subsidiary of SAIC Motor, whose hydrogen fuel cell products are widely used in passenger cars, buses, light, medium and heavy trucks, forklifts, trailers and for many other applications. Hydrogen fuel cell and electrolyzer technologies can also be extended to distributed power generation and cogeneration, as well as ships, aviation and other non-automotive sectors.

Comau’s collaboration with SHPT for the fuel cell stack production line represents the company’s first project in China in the hydrogen energy field. As part of the project, Comau will develop and deploy its proprietary high-speed, high-precision multi-axis stacking technology to simultaneously perform a series of pole piece stacking operations. With delivery scheduled for the end of 2022, the state-of-the-art solution manages the pick-up, code scanning, secondary positioning and shell loading, all within four seconds. As such, Comau will help SHPT achieve several of its production goals, including improving its annual stack production capacity, via the fully automating stacking stations.

According to internal estimates based on data provided by the International Energy Agency and IHS, Comau predicts hydrogen use will double over the next decade, largely driven by new applications such as mobility and energy storage. Green hydrogen generation will also boost the demand for electrolyzers from an estimated 120 MW installed in 2020 to more than 20 GW expected in 2030. In terms of fuel cells, Comau estimates the market will grow exponentially, from a few thousand fuel cell units deployed in 2020 to 1.2 million units by 2030, equivalent to more than 100 GW of hydrogen energy.