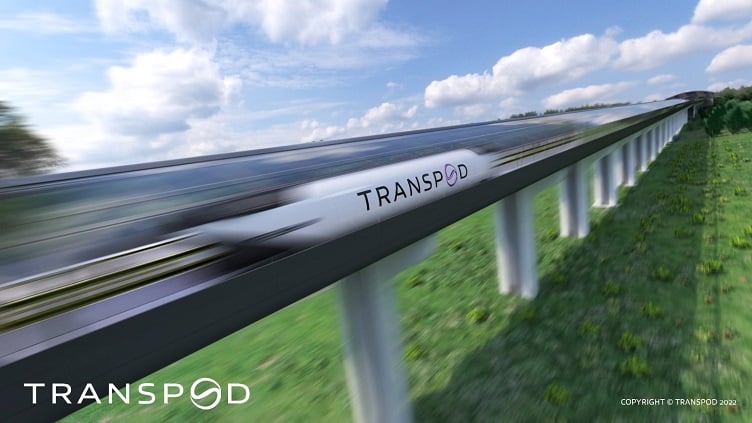 An artist rendering of TransPod’s hyperloop concept. Approval for the next phase of the Alberta hyperloop project is underway with $550 million granted to TransPod to begin R&D, land acquisition and more. Source: TransPod

Transportation startup TransPod has begun the next phase in a multi-billion-dollar hyperloop project in Alberta, Canada.

The company claims it is the first tube-transportation company to confirm financing for a billion-dollar infrastructure project.

Under this next phase, Broughton Capital Group and China-East Resources Import and Export Co (CERIECO) have agreed to provide $550 million in financing to accelerate the development of a TransPod hyperloop line between Edmonton and Calgary. The line will allow travelers to ride a hyperloop that will take 45 minutes from Calgary to Edmonton at a price of about $72.

In a feasibility study on the TransPod line, this ultra-high-speed project will create up to 140,000 jobs and add $19.2 billion to the region’s GDP throughout construction.

The next phases of the Alberta hyperloop project includes:

The idea of hyperloop transportation has come under scrutiny lately after Virgin Hyperloop, one of the highest profile companies developing the technology, decided to abandoned passenger travel in favor of cargo transportation.

However, there are plenty of startups continuing to pursue passenger travel as a potential use case for the hyperloop, which is billed as the fifth mode of transportation.

In the Alberta hyperloop project, over the course of a year, the ridership between Calgary and Edmonton could reduce CO2 emissions by 636,000 tons per year, the equivalent of planting a forest four times bigger than Calgary.