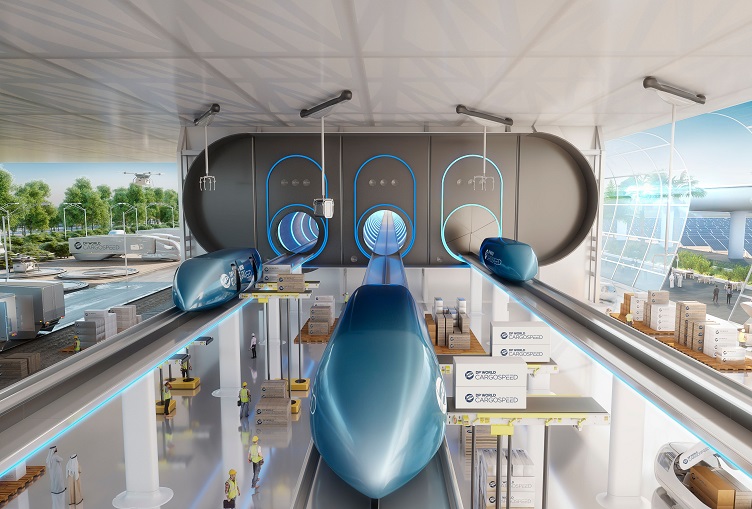 Virgin Hyperloop will focus on its cargo transportation business after laying off 111 employees that were working in its passenger travel sector. Source: Virgin Hyperloop

Virgin Hyperloop has been at the forefront for the development of the hyperloop and was the first company to test the hyperloop pods with actual people. The company also had a complete concept for the future of transportation with full pods carrying passengers between cities through stations specifically created to manage hyperloop transportation. And just a few months ago, the company showcased a full-scale hyperloop passenger pod at the Expo trade show in Dubai, United Arab Emirates

First reported by the Financial Times, now it appears the passenger travel portion of Virgin Hyperloop is being passed over in favor of cargo transportation.

Virgin Hyperloop told the Financial Times that the company is changing directions due to global supply chain issues and that strong demand is seen for cargo-based services.

Zeleros, a Spanish start-up, is set to begin a cargo transportation pilot project in the port of Valencia, Spain, at the end of this year. The company plans to do a 100 meter demonstrator that will be ongoing by the third and fourth quarters of the year. A capsule will be able to carry about 2 tons of materials in the Spanish port, which is the busiest in the Mediterranean Sea.

Last summer, HyperloopTT unveiled its HyperPort, a vision of how the company would transport cargo through the seaport of Hamburger Hafen, in Hamburg, Germany. The Hyperport would be able to transport containerized cargo hundreds of kilometers in minutes. The system when fully operational would move 2,800 containers a day in an enclosed operation environment.

As Virgin Hyperloop moves away from passenger travel to focus on cargo transportation, regional support for the hyperloop has never been higher.

Late last year, the Biden Administration signed the Infrastructure Investment and Jobs Act, a wide-sweeping bill that would see investments for bridges, freeways and other means of transportation including the hyperloop.

It is the first time that hyperloop companies would be able to access federal government programs and funding for the transportation mode.

Meanwhile, the European Union made its first direct funding investment into hyperloop technology with a pledge of $17.4 billion to Dutch startup Hardt Hyperloop. Hardt is working to develop hyperloop routes and will demonstrate the technology in the European Hyperloop Center that will be in Groningen, Netherlands, and is critical to demonstrate lane-switching for high-speed hyperloop by 2023. Lane-switching is a key component to a hyperloop network that can offer direct journeys between cities without intermediate stops.