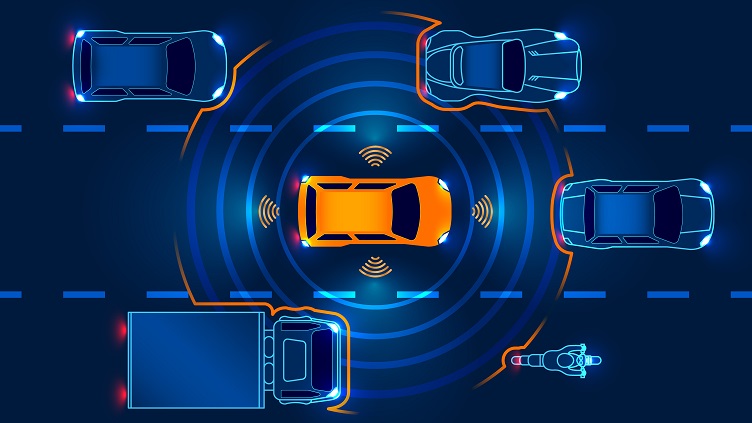 Autonomous cars must be able to “see” the environment around them, in order to avoid crashes and be safe on the road. Source: AdobeStock

The Autonomous Challenge, an autonomous high-speed racing competition, will make history (again) by taking place at this year's CES. This head-to-head race will be organized by The Energy Systems Network, which put together the Indy Autonomous Challenge as well. This is the first event of this kind for autonomous racing, and it will happen on January 7 at the Las Vegas Motor Speedway.

This event will feature a lot of the same teams that competed in the Indy Autonomous challenge back in October 2021. These teams are from universities that entered to take part in the Indy Challenge, and it has been confirmed that the winner and finalists of the previous race will be taking part at CES.

What is autonomous racing?

In the 1960s, a Ford dealer called Bob Tasca Senior came up with the phrase, “Win on Sunday, sell on Monday.” Since then, pretty much every major car manufacturer has invested billions into motorsports. Why? Because automotive racing allows them to show off their latest technology to prospective customers and gives the customers a chance to somewhat experience what their heroes achieve on the track.

Unfortunately, this reasoning doesn’t relate as well in 2021 as it did in the 60s. Younger people living in cities are content to live without owning a car and getting around using car-sharing apps like Uber and Lyft or renting an electric bike or scooter. So, is it even worth it anymore for car companies to spend their money on expensive marketing like motorsport racing?

This is where autonomous racing has come to fruition, wherein vehicles are not raced by humans, but are controlled by robots. This is aimed at showing how race cars can be controlled by sophisticated algorithms and fine-tuned sensors and will hopefully lead to customers being comfortable enough to one day step into a self-driven vehicle. This is an attempt by the motor racing industry to remain relevant, and the first few autonomous racing vehicles were created especially for the Indy Autonomous Challenge.

It is the opinion of the major players in the automotive industry that it is not as important now to display vehicles that can drive over 200 miles per hour but gives customers a look at the technologies that they could possibly use in the future. Nearly all new cars now feature some sort of safety technology that is driven by self-driving technology, such as lane-keeping assistance and automated braking, among others. The idea is that cars are becoming high-tech computers on wheels, and there is huge effort around making customers feel comfortable entrusting their safety to a computer.

It is reported that each vehicle that competed at the Indy Challenge cost over $1 million to create, which is not chump change. The universities that took part received support from foundations and corporate grants, each base vehicle costs about $300,000 to buy, and then each team makes modifications as needed. Extra motivation for these teams to push the barriers as much as possible is the $1 million prize for coming in first, while the second and third place finishers receive $250,000 and $50,000 respectively.

Although it is “racing,” the point of this event is not to see how fast autonomous cars can drive around a track. How self-driving cars deal with hazards and unexpected situations while driving is really what is being examined here. If a self-driven race car can avoid obstacles at over 200 mph, that will give regular customers peace of mind that the same technology will work for them when they are driving at 70 mph in their vehicle.

The original format for these autonomous races was supposed to be head-to-head, however there was not enough time for all of the teams to get the cars where they needed to be for the Indy Challenge. Instead, it became a time trial and obstacle avoidance test. For CES, however, there will be head-to-head passing involved.

Transportation and automotive technology are on course to experience growth never before seen at this year’s CES, and there is no better example of this than the autonomous racing. Vehicles that are totally autonomous and Advanced Driver Assistance Systems (ADAS) will both benefit from this display of state-of-the-art technology. From this, performance and safety in motorsport along with every mode of transportation will see advancements. By having universities take part in this challenge, it also furthers the platform of Science, Technology, Engineering and Math (STEM) programs, and trains the following generation of scientists and engineers in this futuristic technology.

CES is without a doubt the most influential technology event in the world, so there couldn’t be a better platform to display these new advancements. Watching race cars drive at extreme speeds is a great way to garner attention as motorsport is beloved worldwide, and it promises to be an extremely entertaining spectacle.

The teams involved in the autonomous racing at CES are: