Deep learning and its applications 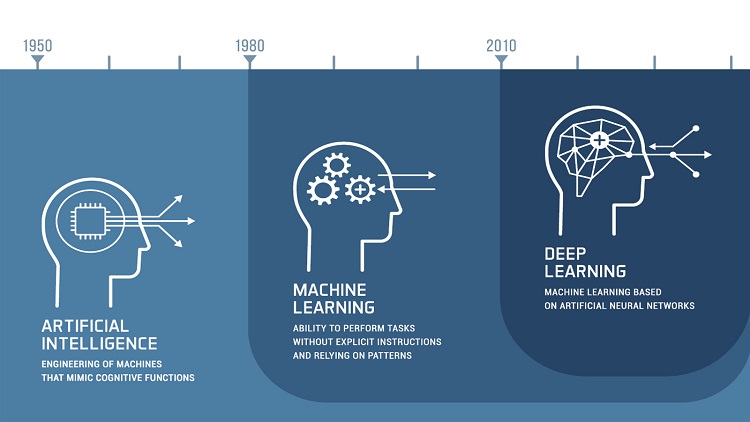 Machine learning has attracted increasing attention in recent years and has been used for a wide variety of applications, including image classification, multimedia concept retrieval, video recommendation, text mining and social network analysis. Of the several machine-learning algorithms available, "deep learning," algorithms are frequently utilized in these areas. The exponential expansion and availability of data, together with the extraordinary advancements in hardware technology, have spawned new research in distributed and deep learning. Deep learning, which is derived from traditional neural networks, beats its predecessors substantially. It makes use of graph technology and neuronal modifications to create multi-layered learning models.

Historically, the performance of machine learning algorithms was largely dependent on the quality of the input data representation. In comparison to a good data representation, a bad data representation frequently results in inferior performance. As a result, feature engineering has been a significant study path in machine learning, focusing on the development of features from raw data and resulting in a large number of research papers. Additionally, feature engineering is frequently highly domain-specific and takes considerable human work. In computer vision, for instance, several types of features have been suggested and compared, including Bag of Words and others. Whenever a new feature is presented and successfully implemented, it grows into a long-lasting trend. Analogous situations have occurred in other fields, such as natural language processing and speech recognition.

In comparison, deep learning algorithms automate feature extraction, allowing researchers to collect discriminative features with little domain expertise and minimum human work. Such methods employ a layered data representation framework, with high-level features taken from the network's final layers and low-level features derived from the network's lower layers. These types of structures were initially inspired by artificial intelligence simulations of the human brain's major sensory regions. Human brains are capable of autonomously deriving data representations from various situations. The input is the eye data from the scene, and the output is categorized items.

This demonstrates the primary advantage of deep learning — namely, that it replicates the way the human brain functions. Numerous recent deep learning approaches have been published, with promising outcomes in a variety of applications, including voice and audio processing, visual data processing, natural language processing and a variety of other popular applications. Several of these will be discussed in the next section.

Audio processing is a method of directly manipulating analogue or electrical audio signals. It is required for speech augmentation, voice recognition (or transcription of speech), music classification and phone classification. Speech processing is a hot field of research due to its critical role in achieving optimal human-computer interaction. Automatic speech recognition technology has advanced to an unparalleled degree from the 1970s to the 21st century, but it is a long way from replicating human behavior in order to converse with humans. By contrast, deep learning algorithms have shown superior performances in the areas of audio and speech processing.

One more application of deep learning algorithms is disaster management systems, which have sparked considerable interest in the machine learning field. Disasters have a detrimental effect on economic structures, communities and human lives. A well-designed disaster information system may aid the general public and emergency operations center staff in being informed of the present danger condition and assisting in the decision-making process for disaster assistance. At the moment, the primary obstacle to applying deep learning approaches to disaster management systems is that the systems must deal with time-sensitive data and give the most appropriate help in near real time. Whenever an accident or natural disaster occurs unexpectedly, a large volume of data must be collected and examined.

The implementation of machine learning is entering a golden age, as deep learning gradually establishes itself as the domain's leader. Deep learning builds computational models by representing data abstractions with several layers. They are extensively being used for natural language processing, audio and speech processing, visual data processing, disaster management systems, social network analysis, and other similar applications. However, deep learning has been frequently portrayed as a cure for all machine learning stumbling difficulties, which is far from the reality.

Learn more about engineering and scientific software on GlobalSpec.com.