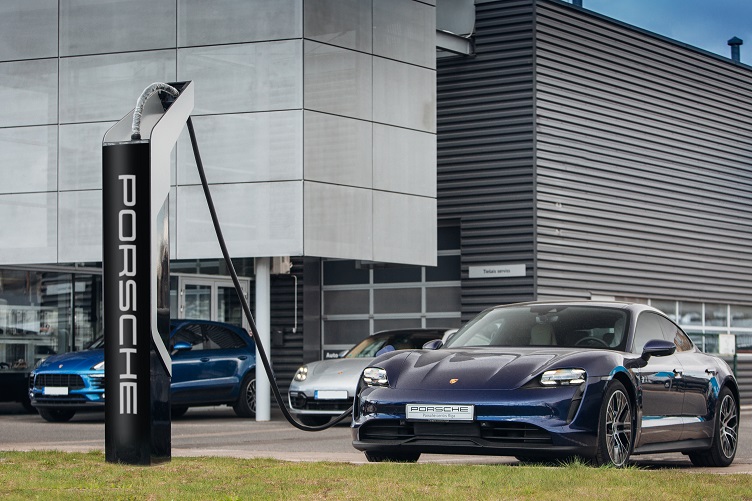 Fast charging is expected to be a main driver to encourage adoption of EVs widespread. Source: AdobeStock

After more than a hundred years of fueling their vehicles in under fifteen minutes for 250 miles, drivers are shying away from the idea of having to wait 30 to 40 minutes (at best) for the same range in an electric vehicle (EV). Various studies into consumer behavior quote this as one of the key inhibitors to the rapid rollout of e-Mobility.

To gain consumer trust, EV charging must be tailored to meet the demands of the typical user — even on longer journeys. Unlike routine charging for short, daily commutes that can be carried out overnight or at the office, a driver undertaking a cross country trip expects to add 250 miles of range within the typical rest period of 15 to 20 minutes.

Most of the current DC charging stations for electric cars work on 400 V to 480 V and can charge up to about 50 kW. At this power it can take up to 80 minutes to add 250 miles of range, depending on the size of the battery.

The output power of a 400 V/480 V charging station can be stepped up to about 100 kW at which point the capacity of the conductive pins in the charging plug to dissipate heat becomes a challenge. Still, even at 100 kW, it would take about 40 minutes to add 250 miles of range. This heat buildup in the pins can be improved by liquid-cooling the charging plug, which then allows for the target range to be achieved with a charge lasting about 30 minutes.

However, even though 30 minutes is an improvement, it is still twice as long as it takes to fill most fuel tanks and longer than many EV owners expect it to take. A shift to a higher voltage is therefore inevitable in the quest to achieve acceptable replenishment times.

The key advantages of 800 V charging over lower voltages

One of the key challenges to fast-charging is the buildup of heat in the battery and, as touched upon, the plug that connects the vehicle to the charge station.

In the battery, this rise in temperature is a product of the high current that the powerful DC fast chargers produce and the internal resistance of the battery. When charging at very high currents, if the heat generated cannot be removed fast enough dendrite crystals are formed on the surface of the anode. As these crystals shroud the electrode, the battery loses its ability to charge, and in severe cases the spiky dendrites can penetrate the thin membrane separating the anode and cathode, resulting in a runaway thermal event.

By upping the system’s operating voltage to 800 V, the current required for the same charging power is half that of a 400 V system. Doubling the voltage not only reduces the internal temperature of the battery and charging plug — it also reduces the time to charge the battery pack.

This can be explained by the formula for electrical energy: E = U x I x t, where U is the voltage, I the current and t the time.

The charging time t = E / (U x I) can thus be reduced at any given current by increasing the voltage. By switching to a two-fold higher voltage of approximately 800 V, the charging time can theoretically be reduced to about 15 minutes with the same electrical load.

For the first time at the 2019 IAA in Frankfurt, Ionity — a joint venture between Daimler, Ford, BMW and Porsche AG and the Volkswagen Group — unveiled a high-power 350 kW DC EV charging station, capable of providing compatible EVs with 350 km of range in just 10 minutes.

By adopting a holistic approach to the system design — from the grid connection to the charging socket — a well-planned topology can also achieve significant savings in the cost-driving components. Where existing infrastructure is used as a base, an early cost-comparison study carried out by Porsche showed that the specific costs (euro per kilowatt of charging power) of a high-power charging network can be significantly less than the typical 400 V rapid-charging infrastructure.

Of course 800 V fast charging requires a vehicle that is compatible with the higher voltage. So while the early adopters are premium luxury cars, the technology will filter down to the mass market according to professor Peter Wells of Cardiff University’s Centre for Automotive Industry Research.

In some cases, manufacturers are already designing-in the ability to migrate from 400 V to 800 V as costs, driven by economies of scale and consumer demand, fall.

Porsche designed the Taycan to also be compatible with the existing 400 V DC fast-charging infrastructure. The car comes with 50 kW capability as standard, with a 150 kW unit as an option.

GM, with its wide ranging product lineup is designing the Ultium modular electric powertrain so that it can underpin both 400 V and 800 V applications. So while most vehicles will initially have 400 V battery packs capable of fast-charging up to 200 kW, the larger truck platform on which the GMC Hummer is built, will support 800 V with a 350 kW fast-charging capability.

Another mainstream, high-volume brand already planning to implement the 800 V powernet is Hyundai. The recently announced Ioniq 5, based on the new and dedicated E-GMP EV platform, will have an 800 V architecture that can be charged at 232 kW. This will be capable of charging the battery from 10% to 80% (over 200 miles of range) in 18 minutes.

Confirming the growing interest in 800 V charging, power electronics suppliers Delphi Technologies and Hitachi have both developed 800 V inverters. Delphi claiming that it will be supplying its 800 V “Viper” inverter to three out of the top four global premium automakers by 2024.

Judging by other technical advances that have gone before, it would be difficult to bet against 800 V charging becoming the norm. The evolution of the internal combustion engine – from side valve to overhead valve, to double overhead camshafts — being a good example of how beneficial technologies sweep across the industry.

So, in twenty years’ time the industry may just look back at this early rollout of 800 V electrification and charging as one of the defining moments of eMobility.