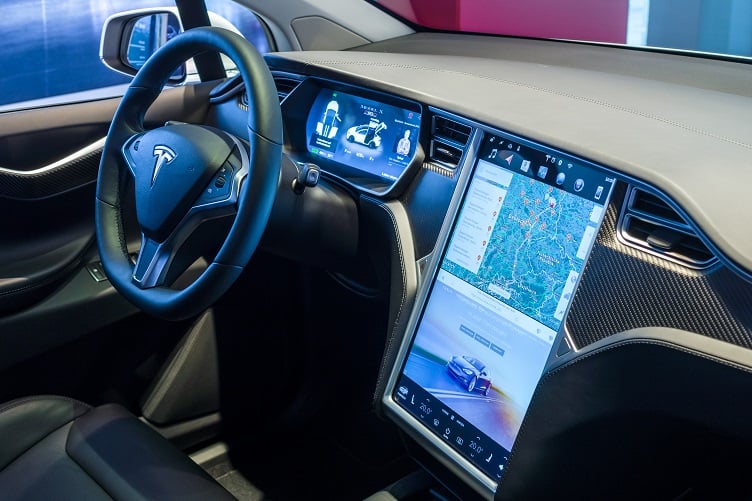 Drivers’ inputs are becoming more centered around electronics, and eventually we may see the driver being removed from the equation altogether. Source: AdobeStock

The internet of things (IoT) has changed modern lives worldwide. Consumers are now integrated with wearable technology, smartphones and other machines and devices due to the IoT's exponential growth. It has also created new ways and environments in which to consume, share, process and generate data. It has also infiltrated multiple industries and has begun to revolutionize the way these industries operate.

The automotive industry has been no exception to this, and communication devices and electronics are still advancing at a rapid rate, working their way into more and more aspects of vehicle design. Consequently, cars have become more like big computers rather than mechanical machines!

Sensors have played a huge role in the adoption of many of these new technologies, and as time goes by their role will only increase in importance. This is because a lot of the time sensors act as the enabler for the network connections found in present and future technologies. In fact, cars have only just begun to start connecting to the internet. Whoever thought 20 years ago that there would ever be a need for a car to connect to the internet! But as we are in this new remote-controlled world, a few key functions can now begin to be controlled from anywhere, and the number of functions that can be controlled will only continue to grow with IoT controlled networks.

Sensors in the past

About 20 years ago, the very first automotive sensor was used in luxury vehicles. It was about the size of a modern smartphone, and was used to enhance active safety. Nowadays, this technology has almost become as common as wheels and tires on cars, with more than 50 of these very sensors being featured on a typical modern vehicle. The number of these sensors (and sensors in general) grow as sensor technology continues to shrink and sensor performance also improves.

Sensors have not only improved safety aspects and the electrical architecture of vehicles, but they have also managed to greatly improve the driving experience. Sensors are almost guaranteed to continue their growth as they provide great benefits to vehicles in many different ways, however suppliers and manufacturers should still be aware of the trends that are popular at the moment and that will be continuing into the future.

There are three main trends in sensor growth and application that will end up greatly affecting the trajectory of future “smart” automobiles.

There will naturally be new safety requirements and laws when such a machine does hit the streets. Luckily, the technology has already been created to deal with these new demands. On the other hand, driving is an art form that is loved by many, and it would be a great shame to see all manual functions be removed from vehicles in the future. The ideal vehicle will be configurable depending on the amount of control and input the driver wants to have.