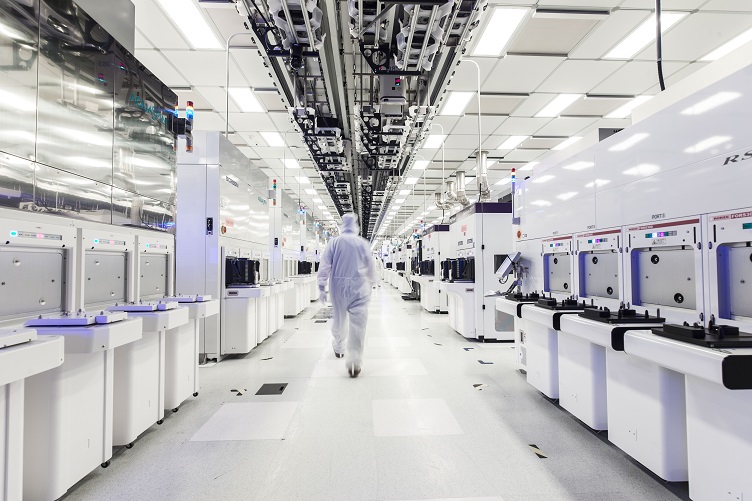 A cleanroom at GlobalFoundries’ Fab 8 facility in Malta, NY. The company has plans to build a new fab adjacent to Fab 8 in the coming years. Source: GlobalFoundries

Globalfoundries (GF) has filed for initial public offering (IPO) in New York, a move that could value the chipmaker at around $25 billion.

According to a report from Reuters, in making a play for public ownership, it is a clear sign that GF, a pure play foundry with semiconductor manufacturing services in the U.S., Singapore and Europe and owned by Abu Dhabi’s Mubadala Investment Co., is not interested in a potential acquisition by Intel Corp.

A report last month said the microprocessor giant was potentially interested in an acquisition to expand its global efforts to increase chip manufacturing. A move that the GF CEO quickly dismissed and said it was still planning for an IPO. No formal offer has been made by Intel to GF.

The IP is expected to reveal the filing for IPO in October and go public by the end of the year or early next year depending on how quickly the application is processed, Reuters said.

Intel is making moves to increase its presence in semiconductor manufacturing both domestically within the U.S. and globally. The move comes as companies in the U.S., the government and trade organizations seek to curb reliance on foreign chip manufacturers if geopolitical issues arise or future pandemics cripple the supply chain.

Intel wants about one-third of all chips to be manufactured in the U.S. and has pledged to build two new fabs at its Ocotillo campus in Chandler, Arizona, spending about $20 billion.

Finally, Intel is looking to build at least one fab in the European Union and may invest some $100 billion in an eight-phase plan for fabs in Europe.

GF is making moves of its own to increase capacity to meet the challenges faced in the supply chain due to the ongoing chip shortage.

The company plans to build a new semiconductor fab adjacent to its existing Fab 8 facility in Malta, New York, which the company purchased an option for about 66 acres of undeveloped land last year.

Earlier this year, GF said it would spend $1.4 billion to expand output at its three factories in the U.S., Singapore and Germany. In June, the company broke ground on its new fab in Singapore, investing an additional $4 billion to help meet growing demand for semiconductor manufacturing. The company also made a deal with GlobalWafers to add 300 mm silicon-on-insulator (SOI) wafers and expand existing 200 mm SOI wafer production.