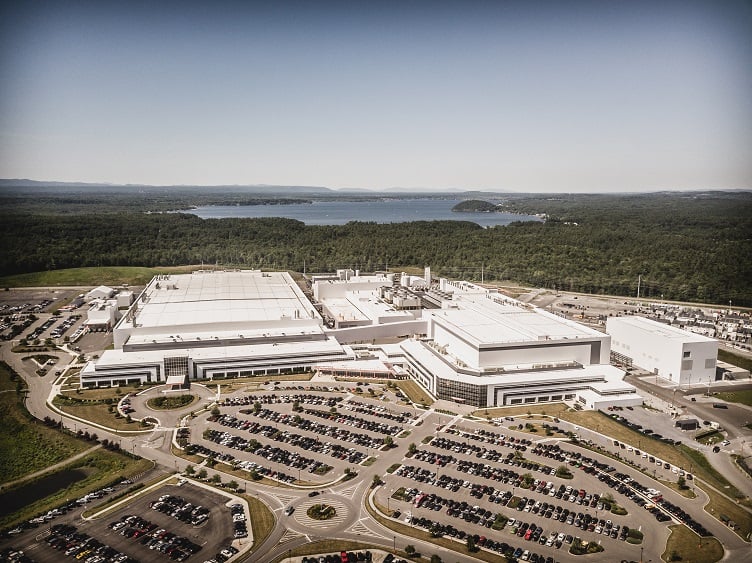 The move comes as Intel Corp., one of the global semiconductor leaders, is exploring a deal to acquire GF in order to boost its own manufacturing prowess, according to a report from the Wall Street Journal (WSJ).

GF said the plans include immediate investments to help address the ongoing global chip shortage that has been impacting the industry since the beginning of the year. The chip shortage is due to the COVID-19 pandemic, which caused numerous industries to cut back on capacity, waiting to see if demand remained during lockdowns and stay-at-home orders.

When demand returned, semiconductor foundries moved capacity to other areas that did not cut back, leaving other industries struggling to find much-needed capacity, hitting the automotive industry particularly hard.

To help with the chip shortage, GF is investing $1 billion to immediately add 150,000 wafers per year within its existing fabs.

The new facility will be adjacent to its existing Fab 8 facility in Malta, New York, which the company purchased an option for about 66 acres of undeveloped land last year. The fab will create more than 1,000 new direct high-tech jobs and thousands of indirect jobs including construction. GF said it will fund the new fab through private-public partnerships including federal and state investments.

The new capacity will meet growing demand for chips needed by growth markets such as automotive, 5G and the internet of things (IoT).

Earlier this year, GF said it would spend $1.4 billion to expand output at its three factories in the U.S., Singapore and Germany. In June, the company broke ground on its new fab in Singapore, investing an additional $4 billion to help meet growing demand for semiconductor manufacturing. The company also made a deal with GlobalWafers to add 300 mm silicon-on-insulator wafers and expand existing 200 mm SOI wafer production.

The rise of domestic manufacturing

The lasting impact of the COVID-19 pandemic has companies and governments worldwide scrambling to increase domestic manufacturing to avoid the pitfalls of semiconductor manufacturing aggregation being located primarily in Asia.

In the U.S., the CHIPS for America Act would give extra incentives to domestic chip companies as well as foreign investments to build fabs in the country. Taiwan Semiconductor Manufacturing Co. (TSMC) started construction of its new fab site in June and plans to initially spend $12 billion on the factory, but it may spend up to $35 billion to build a gigafab, depending on incentives, according to reports.

If Intel does indeed pursue a buyout of GF, it will potentially be the largest acquisition in history as GF's value is about $30 billion, the WSJ said.

Intel is already making a major push into the foundry business with plans to invest $20 billion in two new fabs at its Ocotillo campus in Chandler, Arizona, with construction to begin immediately. Additionally, these fabs would help with Intel’s new foundry business model, providing chip manufacturing capabilities to U.S. and foreign fabless companies. Intel even creates a new division inside the company called Intel Foundry Services.

An acquisition of GF would explode this possibility for Intel’s foundry ambitions, opening the possibility of the company competing with the likes of Taiwan’s TSMC and UMC and China’s Semiconductor Manufacturing International Corp (SMIC). Intel’s goal is to increase semiconductor manufacturing in the U.S. to meet forecasted demand and alleviate any potential geopolitical or other problems that crop up in the future. All told, Intel wants the U.S. to produce one-third of all semiconductors domestically.

Intel is already rapidly expanding its fab plans with investments of $100 billion on chip manufacturing facilities spread across multiple countries including a strategic investment in Europe. Intel also pledged to expand its New Mexico operations, including advanced chip packaging technologies to the tune of $3.5 billion.

GF and Intel have not commented on the rumors of an acquisition.