The Raspberry Pi Foundation has launched a new developer board built with its first microcontroller-class product priced at only $4.

Typically, many hobbyists and developers pair a Raspberry Pi and a microcontroller with the board doing the computation, network access and storage chores while the microcontroller handles analog input and low-latency I/O and a low-power standby mode.

However, the company has not been able to build its own microcontroller because it did not have the ability or expertise to do so. The RP2040 microcontroller, which powers the new Raspberry Pi Pico developer board, was built from Raspberry Pi’s experience using microcontrollers in its own products.

The Raspberry Pi Pico is the first low-cost board with the RP2040 microcontroller and it pairs with 2 MB of flash memory and a power supply chip supporting input voltages from 1.8 V to 5.5 V, allowing the board to be powered from a range of sources including two or three AA batteries in a series or a single lithium-ion cell. 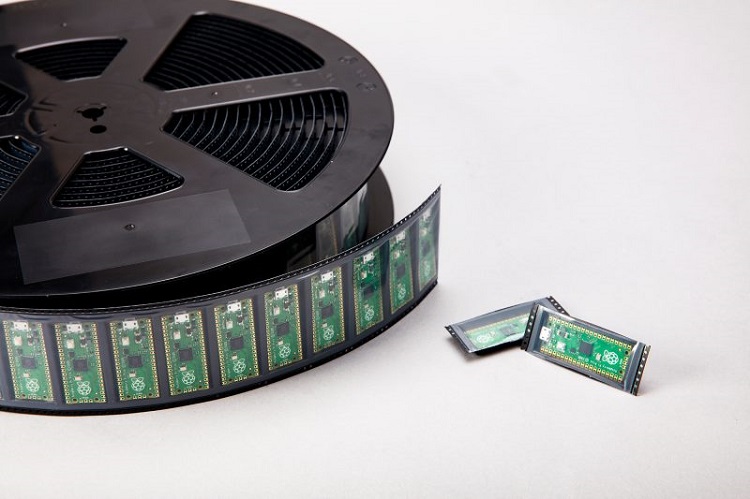 Pico features a single push button to be used to enter USB mass-storage mode at boot or as a general input as well as a single LED. It exposes 26 of the 30 GPIO pins on the RP2040 including three of the four analog inputs and headers that can be soldered to the pads.

The Raspberry Pi Foundation has been working with partners to develop other boards built on the RP2040 chip. These include: