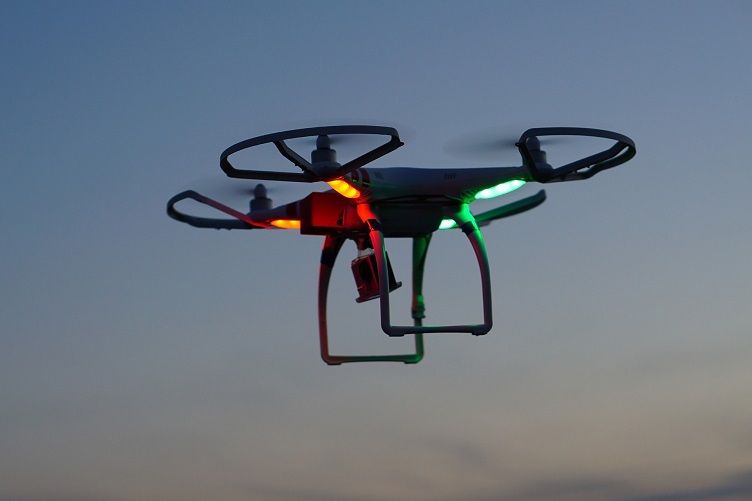 While some measures have been taken to improve drone safety over sensitive areas, more work is needed. Source: Pixabay

Drone makers, governments and airports are increasing their support for technology deterrents and government regulations to prevent drones from flying near critical infrastructure areas and airports.

Late last year, a significant drone misadventure grounded flights at Gatwick airport in the U.K., affecting the travel plans of about 110,000 passengers. Last January, drone sightings near New Jersey’s Newark Liberty International Airport disrupted flights both in and out of the airport. Recently, it was reported that over the past five years there have been 117 alleged drone airport trespassing incidents in Ohio alone.

While most of these incidents are generally mistakes, never “underestimate that breaking the rules is often seen as a challenge for some people, especially when you have to deal with enthusiasts,” said Stelios Kotakis, senior research analyst for service provider technology at IHS Markit.

Measures such as prohibited areas of flying, drone registrations, advanced drone detect and avoid (DAA) and collision-avoidance technologies, connectivity and constant drone monitoring have helped with safety, but more is needed, Kotakis said.

It will be equally important for insurance companies to make consumers pay premiums or exempt consumers from paying if they meet certain criteria, such as if they have never been involved in a drone accident before. There may also be room for law enforcement to establish certain fines for violations.

“Companies will have to work more on this in the future as a group as I feel a global code of conduct and ethics for responsible flying needs to be promoted by a majority of drone companies in the future,” Kotakis said.

Airports are the site of most drone incidents, so it is not a surprise that airports are looking at installing drone deterrents. Recently, the U.S. FAA told airports that while it understands the importance of installing these systems, airports need FAA approval to install defensive measures. The FAA said that only authorized federal agencies should install drone countermeasure systems to detect or destroy suspicious drones.

Recently, the FAA required that any consumer who wants to fly a drone outdoors needs to register for $5 with the FAADroneZone website. This helps identify drone operators if they fly UAVs over restricted areas.

Governments in Canada, the U.S. and in Europe have all crafted legislation to deter drones near airports and military installations.

DJI develops its own systems

One of the largest drone makers in the world, DJI, has been improving the safety features of its drones without any mandate from government. The company was the first to create a geofencing system so that a drone knows where it is via GPS and shows its location near airports, stadiums and other public gatherings sites, and military bases.

“We truly believe that no one wants to fly over restricted airspace,” said Adam Lisberg, communication director for North America at DJI. “Drone operators want to fly safely but they need to have the tools available to make sure they fly safely.”

DJI has also installed battery diagnostics technology so the drone automatically returns to the launch GPS coordinates if the battery is low.

Recently, DJI rolled out a remote identification system, so that if a drone is near a sensitive area, officials can identify who is flying it.

“This technology is sort of a digital license plate for drones that uses electronic means to broadcast to any government agency so they see the drone as well as its direction, speed and altitude and location of the drone pilot,” Lisberg said.

Earlier this year, DJI rolled out a new technology called AirSense that detects airborne airplane and helicopters and tells the pilot to descend or move away from the area. Starting next year, any drone over 250 g will have an AirSense receiver, the biggest deployment of these receivers anywhere in the world, Lisberg said.

The rise in drone security

“A lot of companies are already trying to create sophisticated DAA systems for drones examining all options offered by already applied or pioneer technologies,” Kotakis said. “I expect this is a market that will grow at a notable pace in the future.”