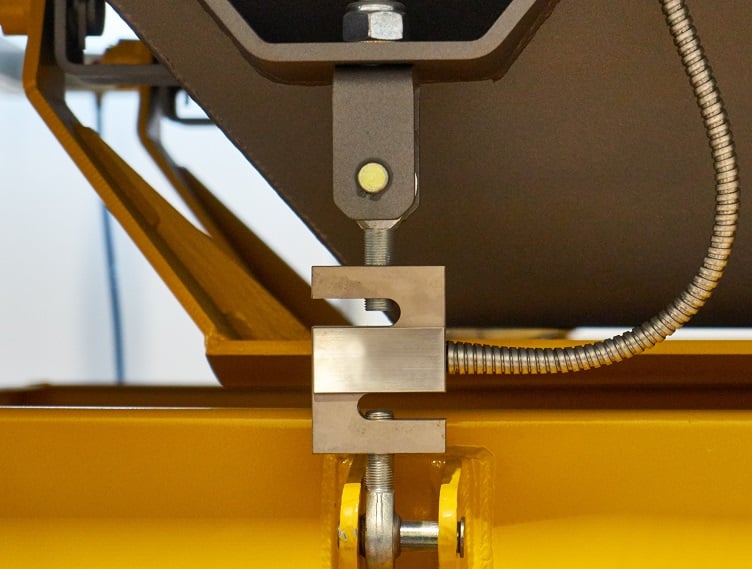 Nearly all automotive use load cells to measure the change in pressure and some other parameters depending upon the purpose for which it is installed. Source: AdobeStock

A load cell is used to convert mechanical force such as tension, torque or pressure into an electrical signal. The signal generated is proportional to the magnitude of force, and it increases or decreases as the force changes. There are many applications of load cells in the industry. Nearly all automotive use cases for load cells measure the change in pressure and some other parameters depending upon the purpose for which it is installed. Load cells are also used as a geotechnical tool at large construction sites to monitor the health of the structure to ensure safety. There are different types of load cells available for different applications. Some common types are strain gauge, hydraulic, pneumatic, piezoelectric and capacitance.

A strain gauge sensor is used to measure mechanical quantities. It converts the applied force, weight or pressure into an electrical signal. The resistance within a strain gauge changes with the applied load.

The value of VO is zero at the balance point when there is no load. The resistance of the strain gauge changes when load is applied, and we can measure the value of VO by using the following equation:

The output of the strain gauge is directly proportional to the input and expressed as mV/V. Let’s suppose a load cell is applied with 10 V excitation voltage and has 3 mV/V output, then the output voltages will be 30 mV. The manufacturers of load cells usually do not represent the sensitivity in terms of engineering units (such as mV/engineering unit). However, it is easy to calculate the load cell sensitivity for the ease of end-users. For example, if the load cell capacity is 2,000 lb with 10 V excitation voltages and 3 mV/V output, then its sensitivity will be calculated as follows:

The output signal of load cells is very small, as it can also be observed from the discussion above. Due to this, a signal is usually conditioned so that users can select a higher level of sensitivity. There are two steps involved in signal conditioning: amplifying and filtering.

Sometimes noise appears in the signal when it passes through PCB. The process of removing the undesirable electrical noise that may affect the output signal of the load cell is called filtration or filtering. A low pass filter is used in load cell signal conditioning, which allows only low-frequency signals to pass and rejects high-level frequencies.

The following steps can be used to connect and install an amplifier with the load cell.

These are the general steps for an ideal load cell system, however, additional steps may be needed to follow in some cases. A signal conditioning system can work from 15 oF to 100 oF. However, it is recommended to check the product specifications before operating the system at low or high temperature.

Load cells have a wide range of applications in different fields. Their main role is to measure the load or change in force, pressure or tension. The output signal of load cells can be fed to different control mechanisms to control associated devices depending upon the application. They are widely used in aerospace, automotive and industrial control applications.