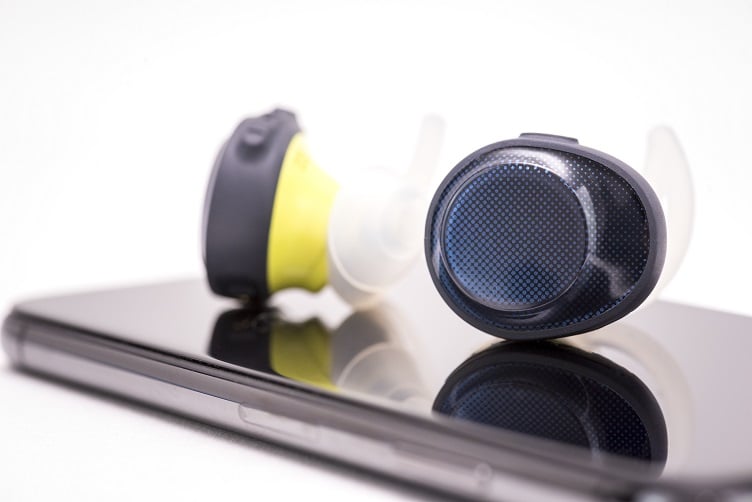 True wireless allows for real and normal head movement, and telephone conversations can be quickly received by only touching one of the earbuds. Source: AdobeStock

Decent earphones can make a huge difference when listening to music or the news, or chatting on the phone. There has been yet another step forward in their technology and design in recent years, giving rise to true wireless earbuds. This step forward uses various technologies to decompress digital waves that originate from an audio source and turns them by vibrations into soundwaves — much occurs in the milliseconds of audio approaching one's ears. This article will explain the fundamentals of how these latest true wireless earbuds work and their importance.

What are true wireless earbuds?

How do true wireless earbuds work?

Besides controlling the communication between the two earphones and the audio source, the primary earbud also compensates for time delays in the audio signals — often referred to as latency — that can arise during communication between the earphones. To minimize the time delay, the two earbuds supply each other with information and measure how long this process has taken. When the timing is measured, the earphones realize the duration of the operation, allowing the primary earbud to counteract any delay and guarantee that the earbuds stay in sync with each other and the source unit. It should be remembered that built-up areas or busy environments can seriously impact the latency rates. As a consequence, there can be fleeting interruptions when listening to music or holding a conversation.

However, many manufacturers have found a way out. For example, there are true wireless earphones available that utilize separate right/left autonomous signaling mechanisms for each earphone instead of a traditional primary/secondary system prone to delays and noise, as illustrated above. Similar to antenna systems, these separate signaling mechanisms also assist in keeping a strong connection, in addition to balancing the sound. Furthermore, there are also true wireless earbuds in which each earbud may have a dual-mic configuration for two main purposes:

On the other hand, the true wireless first makes a connection between both the primary and secondary earphones. This way the audio source simultaneously develops a connection with both earbuds. The integrated chip in the earphones then assists the audio source to deliver R and L channels separately to the R and L earbuds. This removes pressure on a single earbud, increases the battery life of the earbuds, enhances the connection strength and results in a smoother, crisper audio experience.

True wireless earphones have all the benefits of wireless technology without their limitations. True wireless allows for real and normal head movement, and telephone conversations can be quickly received by only touching one of the earbuds. Many of them come in cases integrated with smart battery charging systems. These systems charge the earbuds while not in use, which significantly improves the battery life in comparison with earbuds with no charging case. Nonetheless, it is the elimination of the most fragile and painful portion — the cable — that is not only enhancing flexibility and convenience but also helping to set true wireless earphones apart from most earphones for a longer lifespan. True wireless earbuds are indeed a revolution in the audio industry.