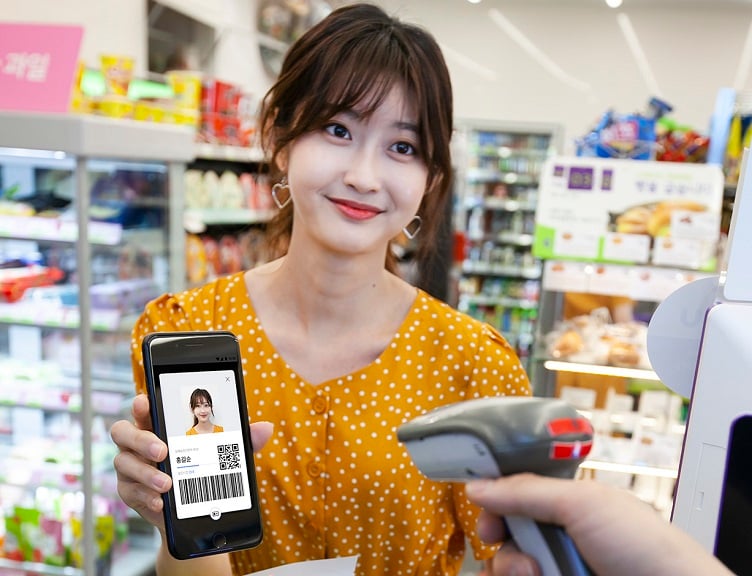 An example of the digital driver's license that will be used in Korea by the three major telecoms to be an official identification method. Source: SK Telecom

The service will be provided by the three mobile carriers and already has 30 million subscribers for use mostly in mobile financial transactions. The digital driver’s license marks the first case where a digital version of a form of identification is used as a legally acceptable form of identity verification.

The three telecoms worked with the Korean National Police Agency and the Road Traffic Authority (KoRoad), enabling drivers to register their driver’s licenses on the app through a verification and encryption process. Once registered, the user’s photo from their driver’s license along with a QR code and barcode are displayed for use in stores.

The app blocks attempts to register counterfeit driver’s licenses and the three carriers are connected to authentication servers in the Korean National Police Agency’s driver’s license system to prevent fraud or identity theft.

“Going forward, we will work closely with diverse institutions and enterprises to promote its use in non-face-to-face services, which have surged since the outbreak of the COVID-19 pandemic,” said Oh Se-hyeon, vice president and head of the Blockchain/Authentication Office at SK Telecom.