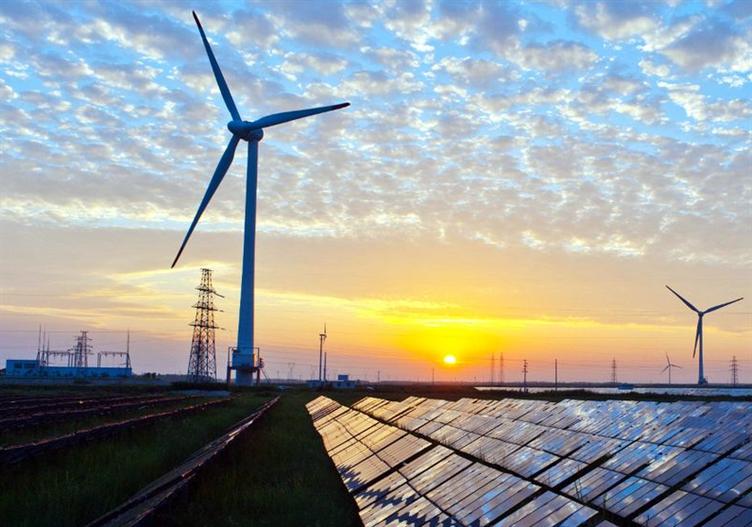 Renewable energy resources are a reliable source of green energy, and their contribution to the world’s energy supply is increasing with every passing year. While it has been a good thing for the environment and it has also reduced dependency on fossil fuels, the integration of renewables into the power grid has not been easy. It comes with certain complications that need to be addressed. Power quality (PQ) problems caused by renewable integration is one of those complications.

Power quality means maintaining the voltage and the current sinusoidal wave at the rated frequency and magnitude. Any deviation results in power system efficiency loss, and this compromises the economy of the power system by placing unnecessary burden on both the consumers and the suppliers.

The IEEE 929-2000 standard defines four major parameters that must be used to evaluate PQ issues in PV systems: voltage, voltage flicker, frequency and distortion. Voltage and frequency fluctuations are caused by the unpredictable nature of the renewable energy resources and grid-side disturbances. Harmonics are introduced in the system by the use of power electronic devices in controlling the harnessed power from the renewables.

Renewables, especially wind and PV systems, are subject to nature’s unpredictability. Although advanced forecasting systems have been developed to predict the wind speeds and weather conditions, the availability of renewables still remains partially unpredictable. In addition to their intermittent behavior, they are uncontrollable. Wind speeds and incident solar rays determine the output of these systems and hence, there are fluctuations in voltage and frequency of the generated power. Mitigation of these fluctuations require instantaneous additional energy. Furthermore, disturbances from the grid side can also cause issues in the integrated system. For instance, voltage sag on the grid side can cause the distributed generation (DG) system to trip. International standards for power quality are being continuously improved to ensure that DG systems can ride out the PQ issues like voltage sag from the grid side.

Frequency of the power system is inversely proportional to the inertia of the system. The conventional power grid has large rotating machines (generators) that provide significant inertia. When a change in the frequency occurs, this inertia counteracts the initial deviation in frequency, before the primary reserves kick in to return the system back to normal. When a large number of power electronic devices are added to the grid as apart of the renewable integration, rotational inertia of the system is significantly reduced. This may result in degradation of the frequency stability of the system and cause dangerous disturbances.

Power electronic converters play a significant role in renewable energy generation systems. For instance, the output of PV module is in DC while the grids operate on AC voltage. The conversion of DC to AC for integration into the grid requires inverters. Inverters, DC-DC converters etc are power electronic technologies and are designed using power electronic components like MOSFETs. They usually involve transistor switching and different frequencies. In short, the design and nature of power electronic devices is such that it introduces harmonics in the power system. Harmonics, by definition, are frequency multiples of the fundamental power frequency. Addition of these signals in the fundamental sinusoidal wave causes distortion of the wave that in turn leads to a number of problems like reduced power factor, increased heating of electrical loads and misfiring of variable speed drives.

Since voltage fluctuations can be controlled by reactive power compensation, use of a flexible alternating current transmission system (FACTS) devices is the conventional and popular method. Static var compensator (SVC) or a static synchronous compensators (STATCOM) can be used for reactive power compensation and voltage regulation. Thyristor controlled series compensators (TCSC) can be used to dampen the system oscillations and decrease the electrical distance in transmission lines.

Another modern technique for mitigating the frequency fluctuations, especially in wind power systems, is superconducting magnetic energy storage (SMES). In this technique, DC current flows through a superconducting coil and it stores energy in the magnetic field generated.

For harmonic mitigation, carefully designed filters are used. There are other methods as well like the virtual impedance method. Harmonic mitigation can be done locally at the load or at the point of common coupling (PCC).

And increase in DG systems and integration of renewables into the grid is inevitable. Therefore, it is imperative that PQ mitigation methods are improved and perfected. State of art techniques like VSMs and virtual impedance method are being developed and improved continuously. Latest research is certainly paving way for smoother integration of the grid with renewable energy systems.