Until recently, silicon carbide ( name="_Hlk39588110">SiC) has not been extensively tapped for use as a semiconductor, compared to nearly ubiquitous silicon (Si) and gallium arsenide (GaAs) semiconductors. Optimized to harness or limit stray inductance, SiC semiconductors offer several advantages in power electronics. The adoption of SiC-based power electronics could be a major differentiator in next generation electrified vehicles (EVs). It might be said that power electronics make or break EVs and are just as important as battery chemistry and electric motor-generator (MG) construction relating to overall energy efficiency, available power and range per cycle.

The advantage of silicon carbide in EV applications

Engine or motor power and efficiency are always at odds, whether internal combustion (IC) or MG. More power is needed for heavy acceleration, so vehicles are almost universally overpowered. Conversely, the more powerful the IC or MG, the less efficient it is while cruising or under light acceleration. For this reason, hybrid EVs (HEVs) demonstrate a good balance, improving both low-power MG efficiency and high-power IC efficiency. For HEV and battery EV (BEV) traction drives, SiC power electronics demonstrate even higher efficiency potential. 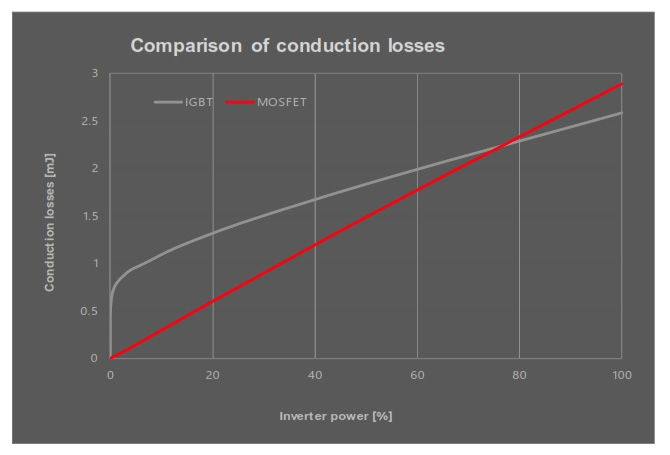 At low switching frequencies, around 10 kHz, SiC MOSFET inverters are exceptionally efficient. Compared to an Si IGBT, the SiC MOSFET runs up to 75% more efficiently. With inverter losses tacked on to other system losses (Figure 2), one can see a clear advantage of the SiC MOSFET power inverter. Assuming energy consumption of 20 kWh/100 km, this translates to about 5% energy savings.

Figure 2: Energy savings in a typical EV. Source: ABBConsidering the efficiency gains over an Si IGBT power converter, equipping an EV with a SiC MOSFET power converter could require a battery pack that is 5% smaller and lighter or with a 5% increased range per cycle.

From chip manufacture to automobile manufacture, 3% to 11% energy savings have been noted. As SiC production costs continue to fall, its efficiency advantages will be easier to implement. Especially in high power categories, as seen in Tesla Model 3 sedans and Formula E racers, which run upwards of 600 V DC (volts direct current). 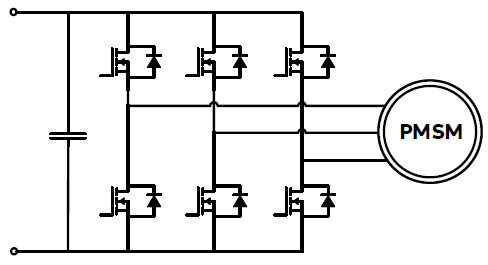 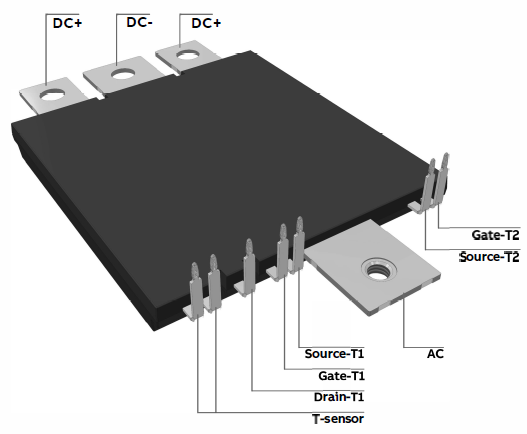 Figure 4: ABB RoadPak converter connections layout. Source: ABBFurther, individual SiC MOSFETs should be physically arranged to allow for parallel conductor layout, as shown in Figure 4. If flat copper bar conductors are laid out in parallel, it becomes easier to isolate DC+ and DC- connections. Because automotive batteries are limited to 1,200 V DC, only a thin layer of insulation is necessary and is easily implementable. For EV modules, stray inductance values below 10 nH (nano Henrys) can be achieved.

As SiC MOSFET efficiency is pushed higher, further research on the AC MG side of the circuit should reveal more performance and efficiency gains. Preliminary studies suggest shorter cable paths and higher switching frequencies can reduce stray inductance and eliminate the need for additional low-pass filters on the MG. Developing the ideal arrangement will ultimately result in lighter and more economical HEVs and BEVs, with better range and power potential.