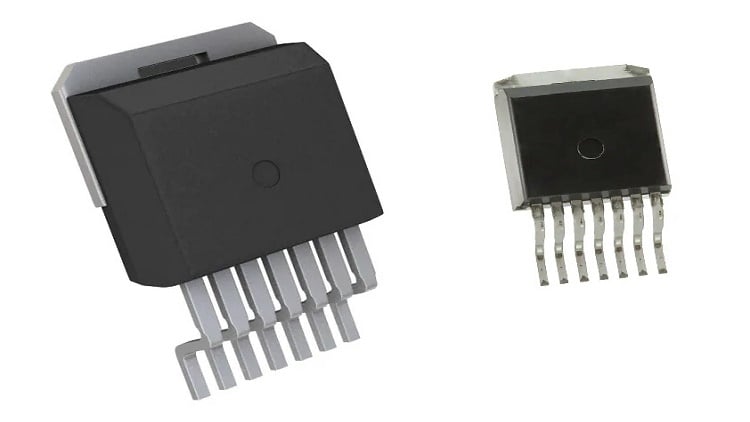 Power electronic circuits are continuously evolving to achieve higher efficiency, and power electronic devices such as insulated gate bipolar transistors (IGBTs) and metal-oxide field effect transistors (MOSFETs) have opened doors for exciting new innovations. Silicon (Si)-based power devices have dominated the market for a long time but are reaching their performance limit due to a lower bandgap and electric breakdown field. Consequently, there is a limitation in the switching frequency, blocking voltage and operating temperature.

With the introduction of revolutionizing new devices designed from material with a wide bandgap (WBG), it is possible to overcome these limitations. Silicon carbide (SiC) is a wide bandgap material and has been on the market for around two decades. The intrinsic carrier density of SiC is considerably smaller, allowing a high-temperature operation. Furthermore, a very high critical electric field of SiC enables us to design devices with ratings greater than 10 kV. Another desirable trait of SiC devices is high switching speed and low parasitic capacitance. This is because a smaller ideal specific conduction resistance allows SiC chips to be smaller than Si devices.

One of the most important advantage of SiC power devices is perhaps their ability to work at higher temperatures. For example, electric aircraft are now being designed and consequently power electronic convertors and electrical actuator systems will need to withstand high temperatures in the proximity of hot engines. Similarly, temperatures in electric vehicles can also vary over a wide range. The ability of power devices to operate in harsh environments is crucial for many emerging industrial applications. Fortunately, gallium nitride (GaN) and SiC power devices, the semiconductor materials of the third generation, demonstrate increasingly superior characteristics as compared to Si devices. Theoretically, SiC devices can achieve a junction temperature of around 600° C due to its WBG that is three times that of silicon.

Following is a brief look at promising SiC power devices.

SiC Schottky barrier diode (SBD) was the first commercial SiC power device that became available in 2001. SBD is a combination of SiC material and Schottky diode structure and is a perfect alternate to the Si PIN diode. The most important feature of SBD that makes it superior to the Si PIN diode is its fast reverse recovery characteristics. Not only does it promise a possible improvement in efficiency but the converter oscillation and electromagnetic interference (EMI) issue during the turn-off of diode is also decreased because of the low reverse recovery current.

Another variation of this diode is the SiC junction barrier Schottky diode (JBS). Most commercialized SiC diodes are based on JBS structure in which several P+ regions are combined to circle the Schottky region. Hence, a large proportion of electric field is pushed away from the Schottky barrier and toward the lower region of P+ zone. In this way, off-state leakage current is reduced and the speed of JBS diode is not compromised. Another type of SiC diode is the SiC PIN diode, which is ideal for operation in the 10 kV to 20 kV range as conductivity modulation effectively reduces the drift region resistance.

In many industrial applications, the blocking voltage requirement of power semiconductor devices is around 1.2 to 3.3 kV. SiC MOSFETs fall into this category. Compared to Si IGBTs, the majority carrier conduction mechanism in SiC MOSFETs results in significantly reduced switching loss. SiC MOSFETs can be structurally categorized into two types: planner and trench. Double implanted metal oxide field effect transistor (DIMOSFET) is an example of a planner SiC MOSFET.

In addition to improving electrical performance, reliability is another driving force behind SiC MOSFET innovation. Moreover, in aerospace applications and in nuclear power plants, the power devices used must be capable of withstanding radiation. SiC MOSFETs have been demonstrated to work well in these environments. SiC junction field-effect transistors (JFETS) have been commercially available since 2006. These devices are under study at NASA Glenn Research Center, Rutgers University and Case Western Reserve University, and are reported to operate reliably at 460° C for 521 hours.

SiC BJTs are highly reliable and well suited for a high temperature environment. The downside, however, is that the driving current needs to be constant and steady and as the temperature rises the current gain decreases and the driving loss increases. For 10 kV and higher voltages, SiC IGBTs are quite suitable.

But the large-scale adoption of SiC power converters continues to be challenging. The application of SiC technology in the electrical system calls for a detailed understanding of system architecture, including EMI and thermal problems. Another factor is the comparatively higher cost of SiC device. Nevertheless, SiC based converters can revolutionize emerging industrial systems and technologies like solar inverters, electric vehicles, induction heaters and traction systems etc. The future of these devices is promising.