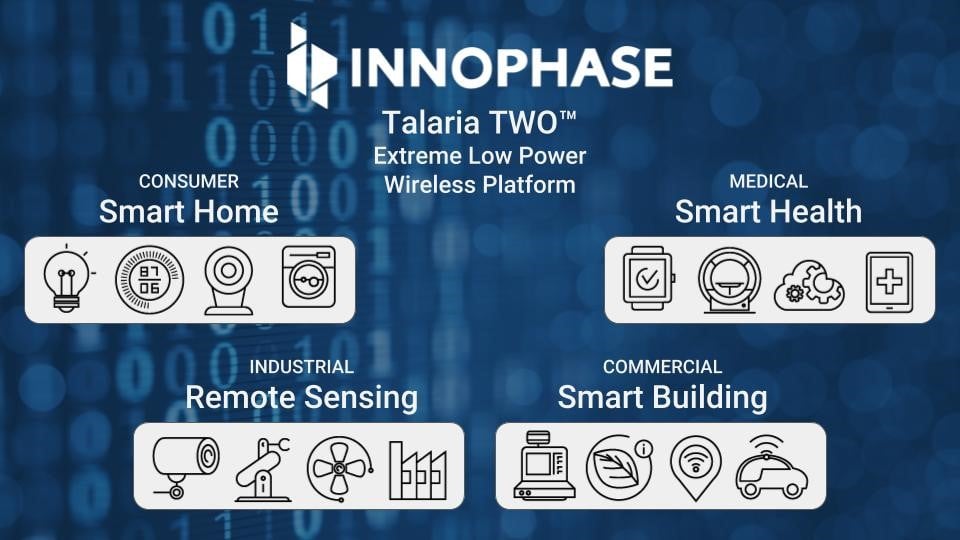 Source: InnoPhaseWith the rapidly growing acceptance of smart technology for home and office, the wireless connectivity market valued at $44.34 billion in 2017 is predicted to grow to $95.66 billion by 2023. However, the convenience of wireless connectivity for battery-based edge-of-network IoT devices, such as smart doorbells, outdoor security cameras or monitoring devices, has been eclipsed by the amount of power Wi-Fi requires. To solve this problem, InnoPhase, a startup based in San Diego and Stockholm, has introduced a patented Wi-Fi connectivity platform with high bandwidth that significantly lowers the power requirement for these devices.

The underlying IQ radio architecture that currently powers much of the IoT is 25-year-old technology that relies on analog circuits. The IQ radio, not the application, consumes most of the power. A typical sensor uses 93% of the application power budget and takes up as much as 60% of the chip die area. Batteries must be charged or replaced too often to be practical in high-data throughput or direct-to-cloud applications. As a result, users often forego the wireless connection and hardwire the devices instead. Hardwiring, however, limits a device's capabilities and doesn't work for applications in hard-to-reach locations such as a backyard security camera in a tree or wearables such as a pet collar.

InnoPhase offers an ultra-low power alternative that incorporates the advantages of digital technology. The company reports that its PolaRFusion digital radio architecture reduces Wi-Fi power consumption by two to eight times, compared to leading low-power chip sets using IQ radio architecture. A battery that lasted three to six months with the analog-based technology, can last up to a year with InnoPhase's Talaria Two chip, without compromising speed or distance. 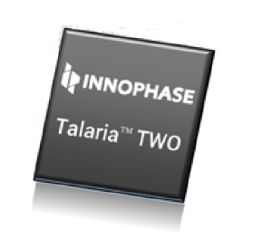 Thomas Lee, vice president of sales and marketing at InnoPhase, explained that one of the main benefits for engineers designing edge-of-network IoT applications comes into play when the device "sleeps." These applications are in sleep mode 95% or more of the time and only check their sensors every few seconds or minutes. With Wi-Fi, however, the application wakes up to connect about every 300 milliseconds so it is not dropped from the network. This takes a large amount of power with the current technology. "The Talaria Two is the lowest power Wi-Fi chip in the industry, by a large margin, for these edge-of-network type apps," Lee said.

Another advantage is that InnoPhase's software-defined radio feature and chip can transmit and receive in Bluetooth (BLE5.0) as well as Wi-Fi, and can switch between protocols in microseconds. Other protocols can be added to run alongside Wi-Fi and BLE as well.

InnoPhase will begin shipping in the fourth quarter of 2019. Learn more at InnoPhase.