Developing tiny robots that can assemble large airplanes or spacecraft 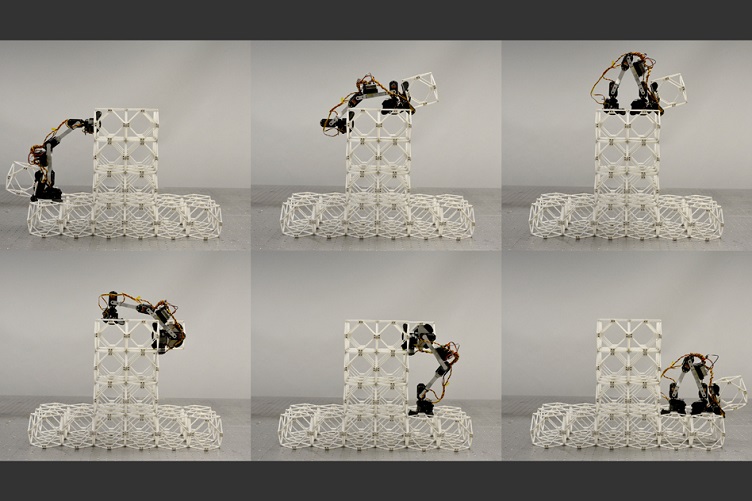 The assembly robots in action building a structure of voxels. Source: MIT

Researchers from MIT are developing prototype versions of tiny robots to assemble small structures and work together as a team to build up larger assemblies.

Typically, there are two categories of robotics: those made of custom components that are expensive and optimized for a particular application such as factory assembly, and ones mass-produced with much lower performance. MIT’s robots, which the team calls relative robots, are an alternative to both of these types as they are much simpler than the custom robots but much more capable than mass produced versions.

Aircraft and other large vehicles or structures are often assembled in different locations and then flown to a central location for final assembly. The development of MIT’s robots could allow these structures to be assembled in one spot and in one fell swoop instead of at different intervals.

The robots can resemble a small arm with devices for clamping onto structures at each end. That arm then moves around in an inchworm fashion, advancing along a row of voxels by opening and closing their V-shaped bodies to move from one to the next.

MIT researchers said that they built different versions of the robots as prototypes to demonstrate the assembly of the blocks into linear, 2D and 3D structures. The tiny robots can also perform repairs and maintenance using the same robotic process as the initial assembly. These damaged structures can be disassembled from one structure and replaced with newly created ones.

"We're not putting the precision in the robot; the precision comes from the structure,” said Benjamin Jenett, a graduate student involved with the project at MIT. "That's different from all other robots. It just needs to know where its next step is."

MIT said the ability to assemble large structures from identical subunits has attracted attention from users such as NASA and aerospace vendor Airbus.

The team believes that this robotic system could be used to construct entire buildings, especially in difficult environments such as in space. As a result, it could eliminate the need to ship large preassembled structures all the way from Earth. Instead batches of tiny subunits could be sent from Earth or formed from local materials at the final destination point.