This 3D Printer Can Design Custom Robots in Minutes

Robots are becoming more common all across the world, but they are still difficult to make. From designing and modeling to fabricating and testing the robot building process is slow and costly. Even a small change can mean days or even weeks of rethinking and revising the hardware. 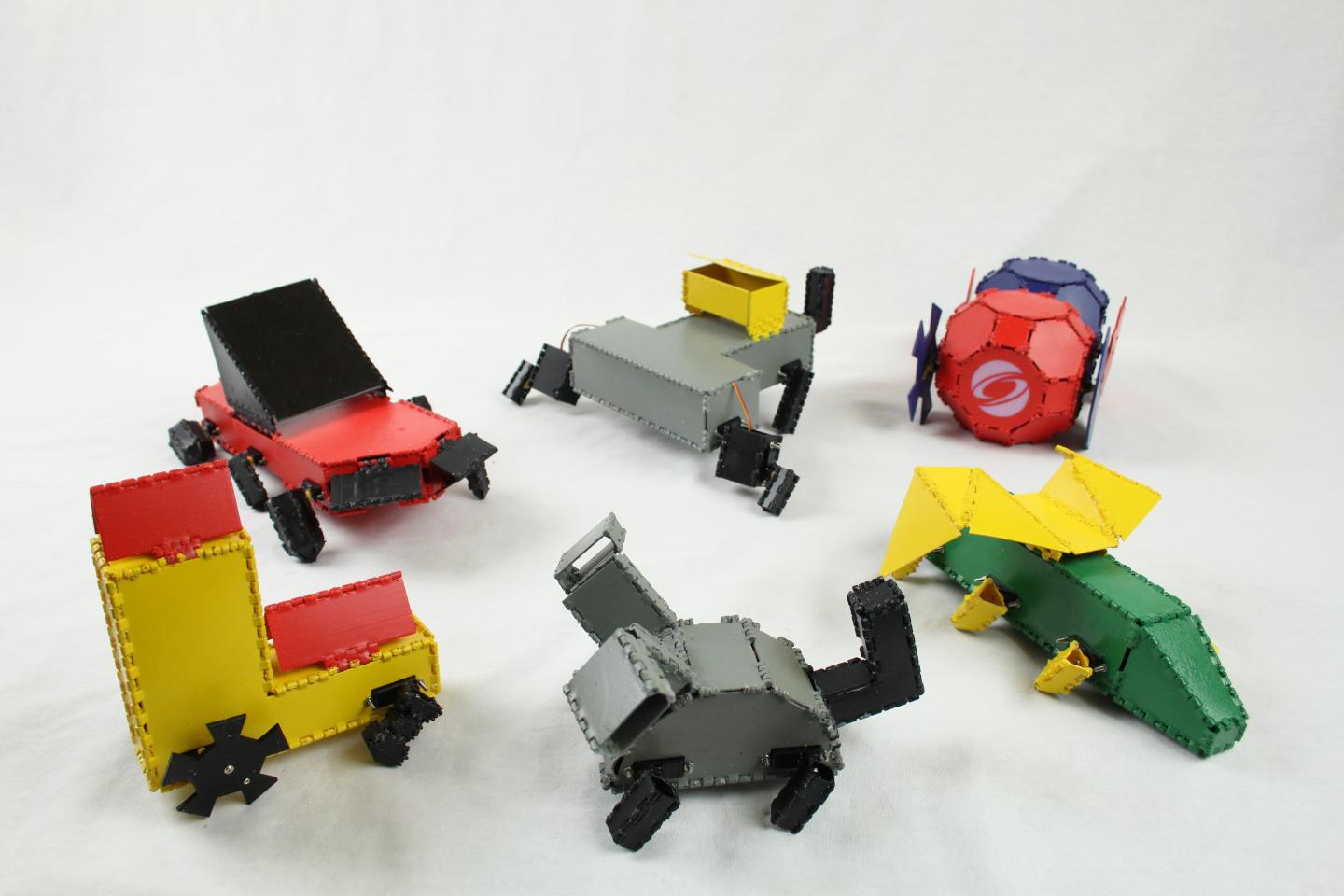 This is a full robot set. (MIT CSAIL)

Researchers from MIT’s Computer Science and Artifical Intelligence Laboratory (CSAIL) have taken steps towards fixing this problem. They have been studying and designing a system will allow non-experts to craft robotic designs in one sitting. The team has developed a system called “Interactive Robogami” that lets users design a robot in minutes and then assemble it in as little as four hours.

One of the key features of the system is that it allows designers to determine the robot’s movement (“gait”) and shape (“geometry”). These two steps are often separated in design systems.

"Designing robots usually requires expertise that only mechanical engineers and roboticists have," says Ph.D. student and co-lead author Adriana Schulz. "What's exciting here is that we've created a tool that allows a casual user to design their own robot by giving them this expert knowledge."

3-D printing has transformed how people turn ideas into real objects and has allowed users to move away from traditional manufacturing. Even though these are great developments, the current design tools still have space and motion limitations and there is a steep learning curve to understanding the various nuances.

Interactive Robogami aims to be more intuitive. It uses simulations and interactive feedback with algorithms for design composition which allows users to focus on high-level conceptual design. Users can choose from over 50 different bodies, wheels, legs and “peripherals” and a selection of different steps (“gaits”).

The system is able to guarantee that a design is actually possible. It analyzes factors like speed and stability to make suggestions and ensure that the user doesn’t make a robot that wouldn’t work, like a robot so top-heavy that it can’t move without tipping over.

When the robot is designed, it is then fabricated. The team’s origami-inspired “3-D print and fold” technique involves printing design as flat faces connected at joints and then folding the design into its final shape. This combines the most effective parts of 2D and 3D printing.

"3D printing lets you print complex, rigid structures, while 2D fabrication gives you lightweight but strong structures that can be produced quickly," Sung says. "By 3D-printing 2D patterns, we can leverage these advantages to develop strong, complex designs with lightweight materials."

To test the system, the team used eight subjects who were given twenty minutes of training and asked to perform two tasks. One task involved creating a mobile stable car design in ten minutes. In a second task, users were given a robot design and asked to create trajectory to navigate the robot through an obstacle course in the least amount of travel time.

The team created six robots. Each of the robots took 10 to 15 minutes to design, 3 to 7 hour to print and 30 to 90 minutes to assemble. The team found their 3D print-and-fold method reduced printing time by 73 percent and amount of material by 70 percent. The robots demonstrated a wide range of movement, like using single legs to walk, using different step sequences and using legs and wheels simultaneously.

"You can quickly design a robot that you can print out, and that will help you do these tasks very quickly, easily, and cheaply," says Sung. "It's lowering the barrier to have everyone design and create their own robots."

The team hopes people will be able to incorporate these robots to help with everyday tasks and that similar systems with rapid printing technologies will enable large-scale customization and production of robots.

"These tools enable new approaches to teach computational thinking and creating," says Rus. "Students can not only learn by coding and making their own robots, but by bringing to life conceptual ideas about what their robots can actually do."

The current version focuses on designs that can walk, the team hopes that the robots could one day fly. Another goal is to have the user be able to go into the system and define the behavior of the robot in terms of tasks it can perform.

"This tool enables rapid exploration of dynamic robots at an early stage in the design process," says Moritz Bächer, a research scientist at Disney Research who was not involved in the research. "The expert defines the building blocks, with constraints and composition rules, and paves the way for non-experts to make complex robotic systems. This system will likely inspire follow-up work targeting the computational design of even more intricate robots."

A paper on this new technology will be published in International Journal of Robotics Research.