5 unexpected markets that will benefit from the IIoT 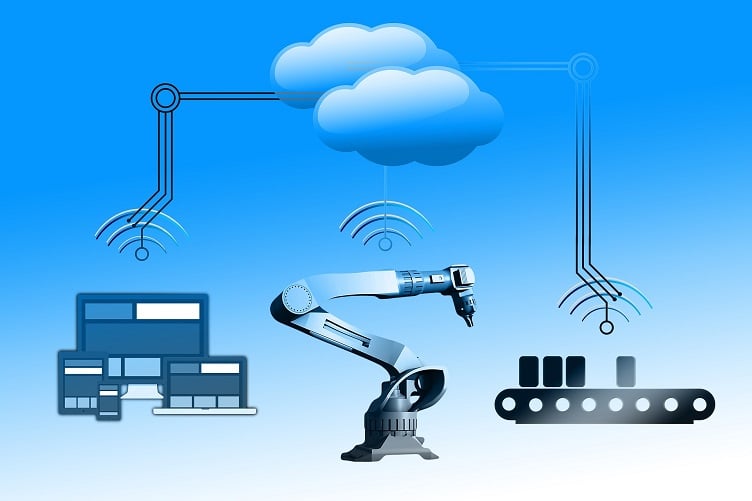 The industrial internet of things (IIoT) spans a wide range of markets, from the obvious such as manufacturing, energy and smart cities, to more obscure markets such as transportation, agriculture and healthcare.

The IIoT is where a large amount of machine-to-machine (M2M) communications occur, without humans in the loop. The purpose of the IIoT is not to just provide humans with information on the critical infrastructure of systems, but to optimize and improve industrial processes. Before the IIoT, robots in a factory would have a single function, or multiple robots could serve different single functions. Now, factories with unlimited processing power and artificial intelligence (AI) can enable robots to perform multiple functions.

In a smart factory, information is aggregated in the cloud and provides data on industrial processes, where it is analyzed to predict equipment failure or wear and tear, provide real-time digital models of a process and suggest improvements. This same protocol can occur across many industries with a tailored strategy.

The markets where industrial IoT devices will emerge by 2030. Source: IHS Markit

Transportation is one area that is undergoing a massive change in terms of how cars will operate, as well as how they interact with each other and the outside world.

Connectivity in vehicles is becoming the new norm, with greater usage of Wi-Fi in cars and the promise of higher levels of connectivity in the future. At the same time, electric vehicles (EVs) are on the rise, with numerous traditional automotive OEMs making a heavy push into this area.

The IIoT will connect vehicles to each other to produce real-time HD maps for traffic updates, alternate routes and hazardous road conditions, as well as make self-driving cars aware of each other. Additionally, systems will be connected to the cloud so that they can report to manufacturers if failures occur or if maintenance is necessary, Pickering said.

“This will take a long time but many of these traditional areas will change as everything will be connected to everything else,” Pickering said.

While railroad technology has improved from the steam engine to more modern electric-turbine iterations, it is still considered a traditional market.

In terms of the IIoT, the train has become a mobile node on a network, and that node is communicating to a regional office that is connected to the cloud. Trains are reporting data such as fuel, location, temperature and ongoing mechanical and electrical system updates. A local communication center ensures that trains are on schedule and operating efficiently and reliably. Operators use the IIoT to plan the best routes and maintenance schedules that is the most cost efficient..

While this is emerging, the technology is already being tested and in the next five years should be developed enough to be put into action, Pickering said.

What can farmers do with massive amounts of connectivity?

Farmers could hook up a GPS to their farming equipment so that they know where it is at all times. They could also connect to the national weather service and use satellite imagery to plot the best times to plant crops or change the fertilizer in real time, depending on what the crops require.

“This requires massive amounts of communications and cloud-based aspects to get the reading from the sensors in the field and it is starting to happen,” Pickering said. “Smart farming is coming, transforming a traditional industrial area to a modern market.” While transportation will be big in smart cities, the industrial IoT will expand to other areas in the coming years. Source: IHS MarkitSmart cities have demonstrated promise for better convenience and efficiency for residents. While some of that technology has emerged, other functions of the smart city are a ways off.

Juniper Research forecasts smart cities will reach 50 million low-power IoT connections by 2024. These connections include existing cellular technologies such as 4G and 5G, in tandem with low-power IoT alternatives to maximize the capabilities of IoT networks.

“The concept of a smart city has been hindered by the substantial investment required and lack of clarity on securing a return on this investments,” said Sam Barker, research analyst at Juniper. “These low cost IoT technologies enable stakeholders to secure this return on investment earlier and take full advantage of the smart city proposition.”

Low-power IoT technologies could be used for smart traffic monitoring, smart parking and connected refuse collections. With trash collection specifically, an IoT sensor could monitor how much trash is in a bin and then schedule a pick up. This type of service will require massive amounts of communication and cloud connectivity, which is what the IIoT affords.

Much like these other industries, healthcare can be radically transformed by massive amounts of communication and the addition of cloud computing.

IHS Markit forecasts industrial IoT sensor unit shipments for healthcare will rise to 212 million by 2025, up from just 40 million in 2015.

These sensors will be used in applications such as wearable devices and home health monitoring devices to assist patients. These devices are connected to the cloud and wirelessly transfer clinical data to physicians. IoT-based medical devices help get patients out of hospitals more quickly, or keep them out altogether, saving both organizations and patients money.