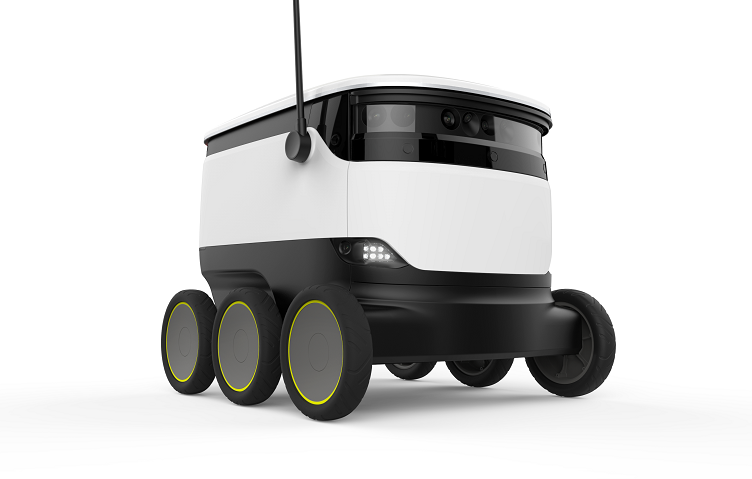 Starship has raised a total of $85 million in funding for its autonomous delivery bots. Source: Starship Technologies

Robot delivery startup Starship Technologies has closed $40 million in funding to expand its service to 100 university campuses in the next 24 months.

Starship has raised a total of $85 million, with the recent round being led by Morpheus Ventures and participation from prior investors, including Shasta Ventures, Matrix Partners, MetaPlanet Holdings and others. New investors include TDK Ventures and Qu Ventures.

Starship is set to launch mobile robot deliveries at the University of Pittsburgh and Sodexo in the fall and will launch service to Purdue University on Sept. 9. The company is already delivering goods at George Mason University in Fairfax, Virginia, and at Northern Arizona University in Flagstaff, Arizona.

Previously, Starship launched its robot delivery service in the U.K. to deliver packages to consumers’ front doors and planned to expand in the San Francisco Bay Area.

The company has so far completed 100,000 commercial trips and traveled more than 350,000 miles, with its zero-emission robots making autonomous food deliveries. The delivery robots use sensors, artificial intelligence and machine learning to travel on sidewalks and navigate around obstacles. The robots can cross streets, climb curbs, travel at night and operate in both rain and snow.

Numerous startups have cropped up over the past few years, bringing robotic delivery to universities and city streets. However, bigger companies are also entering the fray, including Amazon with its Amazon Scout and FedEx with its SameDay Bot.