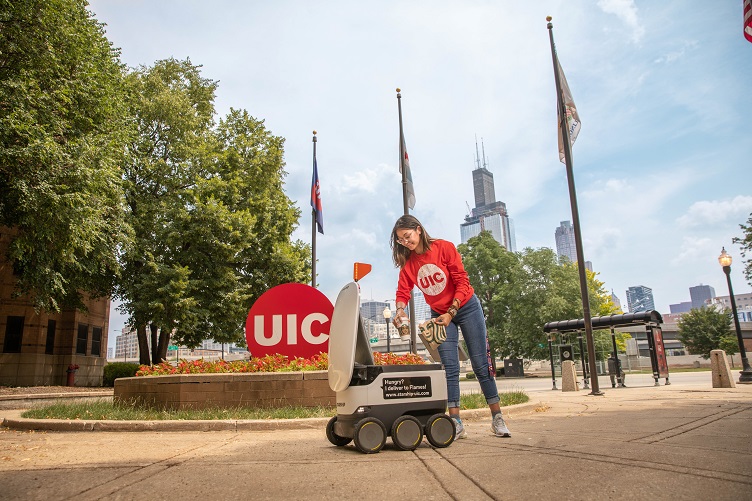 A Starship autonomous robot deliveries coffee to a student on a college campus. The company said it has more than 1,700 robots operating daily many of which are on college campuses. Source: Starship Technologies

Autonomous delivery startup Starship Technologies announced that it tripled its mobile robot deliveries in 2021, bringing food and other goods to numerous university campuses in the U.S.

Additionally, the company has raised $100 million in the last 30 days to help scale its service and meet increasing demand for its autonomous delivery service in new cities in North America and Europe.

According to market research firm Facts & Factors, the market for autonomous delivery robots is forecast to reach $55 billion by 2026 with a compound annual growth rate (CAGR) of 20.4%.

In 2021, Starship had several milestones including:

“The autonomous delivery market has been gaining momentum the past couple of years and we think it will really take off this year,” said Alastair Westgarth, CEO of Starship Technologies.

Westgarth said demand for autonomous robots is rising and the company has been contacted by more college campuses and cities that want its services.

“So many unexpected things have happened to get us where we are today but I think we can all agree that on-demand services are mainstream and not going away anytime soon,” said Ahti Heinla, co-founder and CTO of Starship Technologies.