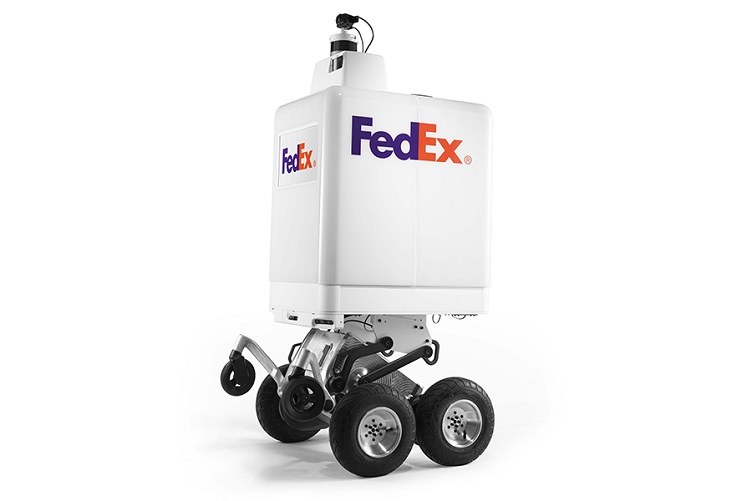 The robot can travel both sidewalks and roads and features LiDAR and sensors for obstacle avoidance and detection. Source: FedEx

FedEx Corp. has announced that it is developing an autonomous delivery device to help retailers make same-day and last-mile deliveries.

The device is a delivery robot the company calls FedEx SameDay Bot. The bot will allow retailers to accept orders from nearby customers and deliver them by robot directly to homes and businesses on the same day. FedEx said it is already working with companies including AutoZone, Lowe’s, Pizza Hut, Target, Walgreens and Walmart to assess what retailers need from a same-day delivery robot.

FedEx’s decision to use robots for delivery comes on the heels of a number of big-name companies experimenting with the idea including Amazon, who recently unveiled its Amazon Scout electric-powered crawler and PepsiCo Inc.’s launch of Snackbot, a portable vending machine on wheels. Prior to these announcements, a number of startups have been developing robots and running pilot projects to test the devices, including Starship Technologies, Postmates, Kiwi and Robby Technologies.

Because FedEx is one of the largest delivery companies in the world, the fact that it is now developing a robot for delivery purposes is significant. Combined with Amazon’s plans, this is no longer just a matter of if robotic delivery will happen, but more a question of when.

FedEx is developing the SameDay Bot with DEKA Development & Research, which has developed a personal mobility device called iBot for those with disabilities. The FedEx bot uses the power base from the iBot, an FDA-approved device with more than 10 million hours of real-world operation.

The FedEx bot can travel on sidewalks and along roadsides to both homes and businesses. The battery-powered zero-emission robot includes lidar and multiple cameras. The bot also features machine learning algorithms to detect and avoid obstacles to plot a safe path and allow the bot to follow road and safety rules.