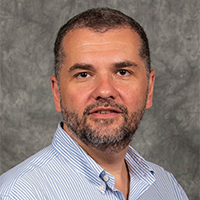 With the implementation of new technologies like 5G, the Internet of Things (IoT) and artificial intelligence (AI), the need for increased computing capacity at the network edge is growing. This growth is putting increased strain on the IP connectivity and protocols that glue the Internet together.

Supporting the necessary scale of IP nodes will require a new and innovative network architecture. IP networks must evolve to become much simpler to own and operate while leveraging automation and intelligence enabled through the adoption of software-defined networking (SDN) capabilities.

Legacy approach will not allow IP networks to cost-effectively scale

First, let us take a step back and understand why the current approach will not work. As an example, in a traditional IP-based network, packet forwarding decisions are made on a hop-by-hop basis with standalone routers performing route look-ups at every node. IP-based networks use interior gateway protocols (IGP), designed to make packet-forwarding decisions based on a preassigned path cost. Packets with similar origin or destination will follow the same route, resulting in congestion, even if optional paths are underutilized or even idle.

Trying to address this problem, traffic engineering (TE) was introduced, and rather than forwarding decisions being made on a hop-by-hop basis, ingress routers determine the source-to-destination path for specific traffic flows. This way, traffic that would have previously taken a lower cost yet congested path can now be directed via underutilized paths. In other words, perform traffic load balancing.

Resource reservation protocol (RSVP) was also introduced to reserve resources along the end-to-end path of traffic flow in an IP network. The RSVP signaling protocol was extended with multi-protocol label switch (MPLS) features to support MPLS-TE, enabling RSVP to set up a label switched path (LSP) in an MPLS-TE network with RSVP-TE extension.

The current go-to technology for network operators to design and deploy traffic engineered MPLS networks is via the use of RSVP-TE.

The problem? Label distribution protocol (LDP), and specifically RSVP-TE, are complicated protocols to implement, maintain, operate and troubleshoot when things go wrong. They create a lot of signaling traffic in the network, have a limited understanding of the topology and flood the network with MPLS tunnels.

Simplifying your network with segment routing

Segment routing (SR) is a strong movement in the direction of IP network simplification. It is not a new technology, as vendors and service providers alike have been talking about it for close to a decade. However, initial discussions did not include SDN, thereby significantly limiting its achievable benefits.

SR is a flexible and scalable way of implementing IP routing. The source chooses a path and embeds it directly into the packet header as an ordered list of links. An SR path is not dependent on hop-by-hop signaling, LDP or RSVP; rather, it uses “segments” for forwarding. Overall, it is a much simpler network to own and operate.

Segment routing can also operate with an MPLS or an IPv6 data plane, and it integrates with the rich multi-service capabilities of MPLS, including Layer 3 VPN (L3VPN) and Ethernet VPN (EVPN).

Ciena Adaptive IP presents the perfect architecture to evolve the network into a scalable, efficient, simplified and cost-effective architecture by leveraging segment routing. Adaptive IP is designed to embrace SDN and benefits from balancing between network-based distributed intelligence and centralized controller-based intelligence.

Evolving IP networks to a simpler and more efficient state with SR is not about having an SR-enabled network infrastructure or enabling SR in a legacy IP infrastructure. It demands a clear and widely proven strategy around implementing an intelligent automation platform. It requires the capabilities of Ciena Adaptive IP with the following.

What should you know when evolving to segment routing?

When comparing SR to legacy IP Routing, LDP and RSVP-TE implementations, the benefits are quite clear. Segment routing has strong potential to become the main IP network architecture, supporting use cases such as impending 5G mobile network deployments.

Some important things to remember when discussing any SR adoption include the following.

Network operators running IP/MPLS networks need the ability to evolve their existing network infrastructure to support new service and the growth of the IP networks, without adding complexity and negatively impacting the total cost of ownership (TCO). Ciena’s Adaptive IP is the perfect framework for a successful SR implementation.