The MLCC shortage is upon us — polymer capacitors present an alternative

As electronic circuits become ever more prolific — in devices from handsets to toys to automobiles — they all need passive components. When it comes to capacitors, multi-layer ceramic capacitors (MLCCs) are often called on to fill this role. Simple and inexpensive, they consist of layers of electrodes stacked with a ceramic dielectric separating each one. This allows for good performance relative to their small size, and no chance of drying out like electrolytic capacitors.

All was well with this component class until the beginning of 2017, when major manufacturers of chip MLCCs began to realize that demand for these components was greater than expected. This resulted in lead times of 20 weeks or more for some components. Combined with the fact that some manufacturers were ramping down their MLCC production to switch to more profitable products, the availability of components has become critical.

Maximilian Jakob, who oversees the EMEA component business at Panasonic Industry Europe GmbH, said, “The entire industry is going through a period of upheaval — everything is becoming electrified and SMART. In particular, the supply of MLCCs — the main components of such devices as modems and smartphones — is being depleted by rising demand in the automotive, IoT and industry market. This will also result in increased infrastructure requirements. Here’s an example of what I’m talking about: 80% of current data volume was created in the past two to three years, a fact that will massively stimulate the technical development of data memory, servers and base stations in coming years — added to this are irreplaceable capacitor solutions.” 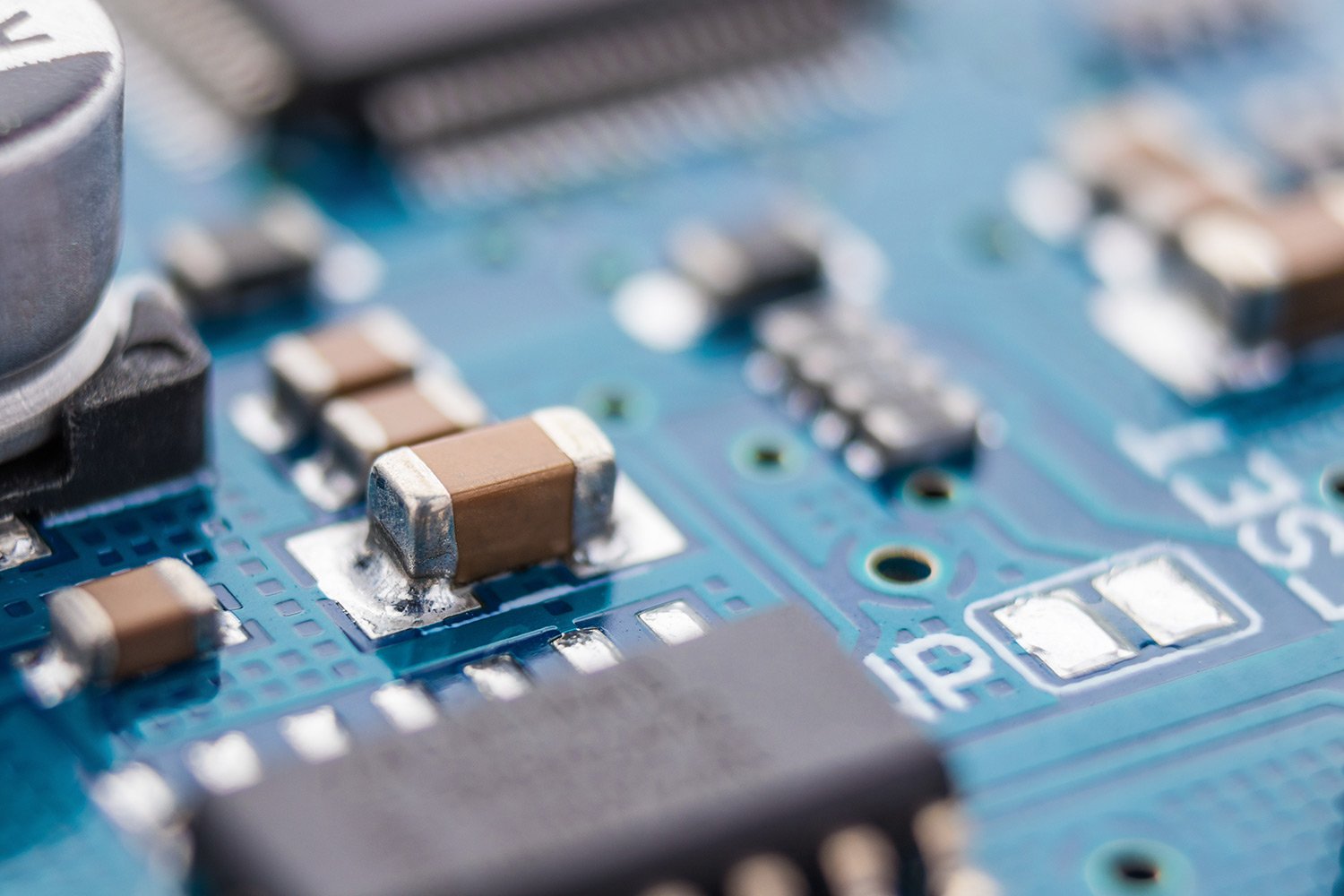 Unfortunately, this component shortage is not expected to improve until 2020 at the earliest, presumably as component prices catch up with demand and more manufacturers pursue this market. For now, there is an alternative in the form of conductive polymer aluminum solid capacitors, commonly known as polymer capacitors. The high cost of these devices when compared to the same type of MLCCs has prohibited their use in the past. However, they can substitute for MLCC components in many applications, and offer performance benefits that bolster the argument for their use, perhaps even into the future, when MLCCs will be more readily available.

The big advantage of polymer capacitors over MLCCs is that they provide better capacitance per unit footprint and volume. They are also quite robust and their capacitance does not vary significantly depending on the applied DC voltage. Polymer capacitors can be substituted for electrolytic capacitors, where they are more reliable and are not prone to bursting as the liquid electrolyte evaporates.

Jakob, whose company Panasonic produces 60% of the world’s polymer caps, notes that while polymer capacitors present several advantageous characteristics, their biggest benefit in 2019 is the fact that they are available to use.

“Polymer capacitors offer commercial and technical advantages, such as space savings through component reduction, high ripple currents, high capacitance, no voltage derating, high stability against frequency and temperature variation. However, their biggest strength right now is their availability,” Jakob said. “We as a company have assumed a special role in the search for alternatives to MLCCs. We serve all technologies in the field of polymer capacitors and have specifically focused on the automotive and industrial sectors, guaranteeing our customers a high level of reliability in terms of support and delivery times.”

He continued that in order to take advantage of these possible availability and performance benefits, “[developers] will have to take action as fast as possible if their design is based on MLCCs. For this reason, consideration will have to be given to the necessary technical resources for a redesign and potential impacts on their current construction cycle. MLCC downsizing or the use of polymer capacitors will be part of this.”

Considering MLCC scarcity, other options such as polymer capacitors stand ready to fill designers’ needs. The good news is that when polymer caps are substituted for other components, there are several ancillary benefits. When forced to explore this further, manufacturers may find that polymer capacitor advantages outweigh the component costs, especially when assembly and footprint considerations are taken into account.