Where Are All the Robots That Were Promised? 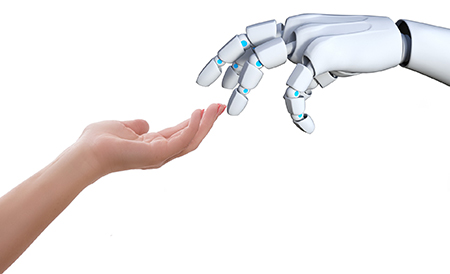 The Robotics Flagship poses the basic question: Where all the robots that were promised? A new project to develop economically, socially and environmentally sustainable robots and AI has been proposed to the European Commission (EC). Called the Robotics Flagship, it is one of several proposals that could be granted one billion euros over 10 years designed to guarantee Europe a leading position in science and technology. Finalist projects will be announced by the EC on Dec. 4, 2018, at the ICT 2018 conference in Vienna.

The Robotics Flagship poses the basic question: Where are all the robots that were promised? It aims to forge a new way for science, technology and society to co-evolve and create a long-term and structured development plan. Its goals revolve around three pillars:

“We believe that a new generation of robots, intelligent machines with advanced abilities, will significantly help addressing European challenges. Future robots will have to understand, communicate and safely blend with humans in unprecedented ways,” reads a statement on the website of the Robotics Flagship. “We believe that these capabilities will require a drastic rethinking of robot bodies, minds and human interaction. Blending with, and supporting, living systems like humans, animals and plants, will require life-like capabilities that go beyond current achievements of robotics and artificial intelligence.”

The Robotics Flagship brings together over 800 European participants and has received broad international support through 370 endorsements from around the world. Its coordination group is a multinational team that includes members from France, Germany, Italy, the Netherlands, Switzerland and the United Kingdom.