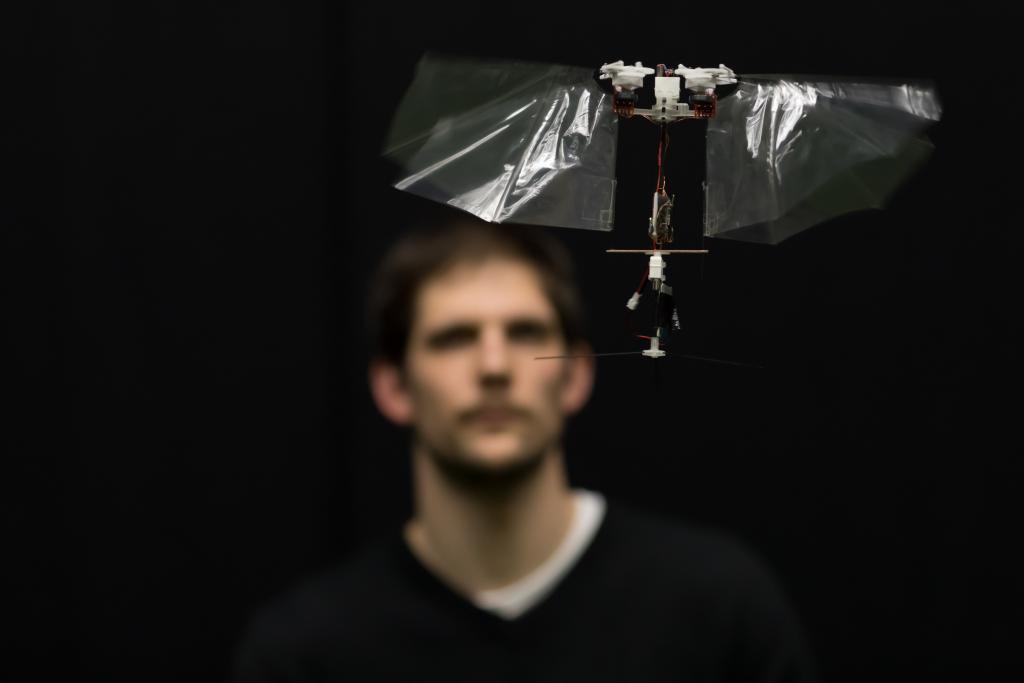 Flying animals are increasingly becoming a source of inspiration for drone developers. Creating lightweight flying robots that are also agile, power efficient and scalable has been difficult. By closely studying the movements of flying animals, like the fruit fly, developers have been able to create a drone that has all of these sought-after details.

DelFly’s wings flap at 17 times per second, similar to the wing speed of a fruit fly. The wings generate the lift force to stay airborne and control the drone’s flight with minor adjustments in movement.

“The robot has a top speed of 25 km/h and can even perform aggressive maneuvers, such as 360-degree flips, resembling loops and barrel rolls', says Matj Karásek, the first author of the study and main designer of the robot, "Moreover, the 33 cm wingspan and 29 gram robot has, for its size, excellent power efficiency, allowing 5 minutes of hovering flight or more than a 1 km flight range on a fully charged battery.”

"When I first saw the robot flying, I was amazed at how closely its flight resembled that of insects, especially when maneuvering. I immediately thought we could actually employ it to research insect flight control and dynamics," says Professor Florian Muijres from the Experimental Zoology group of Wageningen University & Research, who has studied fruit flies and insects extensively.

Based on Professor Muijres’ fruit fly research, the team programmed DelFly to mimic the control actions of a fruit fly’s escape maneuvers when in danger, like when a human swats at it. The robot’s movements were found to closely match the fruit fly movements. The robot successfully demonstrated how a fruit fly controls their turns at any angle.

The MAVLab scientific leader, Professor Guido de Croon, says, “Insect-inspired drones have a high potential for novel applications, as they are light-weight, safe around humans and are able to fly more efficiently than more traditional drone designs, especially at smaller scales. However, until now, these flying robots had not realized this potential since they were either not agile enough - such as our DelFly II - or they required an overly complex manufacturing process.”

A paper on DelFly was published in Science.