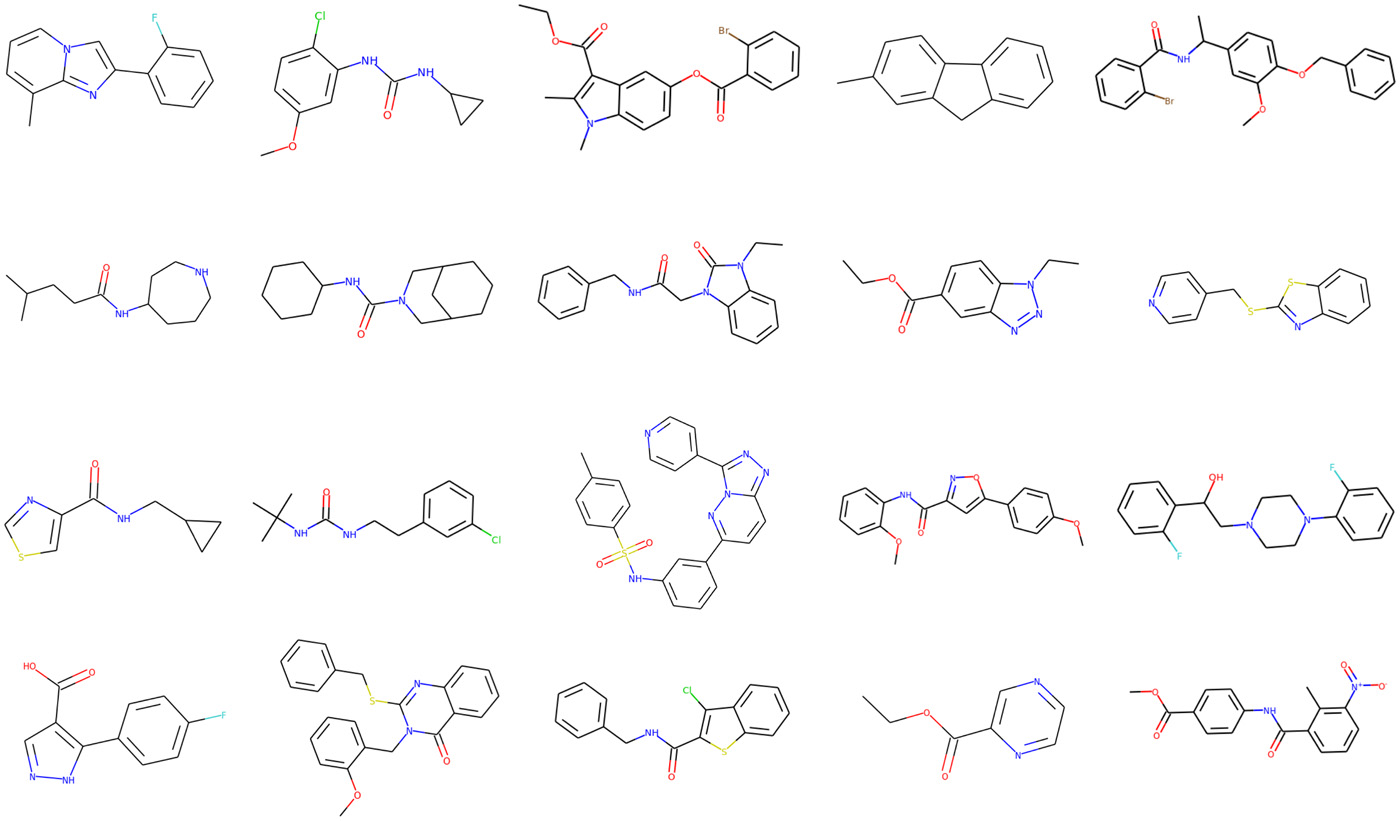 A sample of molecules produced by the generative model. Source: University of North Carolina at Chapel Hill Eshelman School of Pharmacy

The University of North Carolina at Chapel Hill Eshelman School of Pharmacy researchers have developed a new artificial intelligence (AI) approach that can create new drugs. The AI approach, named Reinforcement Learning for Structural Evolution (ReLeaSE), can teach itself to design new drug molecules from scratch. The approach speeds up the design of new drug candidates.

ReLeaSE is an algorithm and computer program that consists of two neural networks - the teacher and the student. The teacher knows the syntax and linguistic rules behind vocabulary of chemical structures for 1.7 million biologically active molecules. The student learns from the teacher over time and becomes more skilled at proposing which molecules may be helpful when developing new drugs.

"If we compare this process to learning a language, then after the student learns the molecular alphabet and the rules of the language, they can create new 'words,' or molecules," said study co-author Alexander Tropsha. "If the new molecule is realistic and has the desired effect, the teacher approves. If not, the teacher disapproves, forcing the student to avoid bad molecules and create good ones."

"A scientist using virtual screening is like a customer ordering in a restaurant. What can be ordered is usually limited by the menu," said study co-author Olexandr Isayev. "We want to give scientists a grocery store and a personal chef who can create any dish they want."

ReLeaSE has been used to generate molecules with properties that they have specified. Scientists have used the system to design molecules with customized physical properties with inhibitory activity against an enzyme that is associated with leukemia.

The paper on the research was published in Science Advances.