Engineering and physicians have come together and created a wearable device that tracks the activity in the stomach and helps doctors track stomach health. This wearable tech is non-invasive and monitors electrical activity over 24 hours. Doctors can use the wearable to track a patient’s stomach activity outside of the doctor’s office, cutting down costs and time and can help doctors find the source of a patient’s pain. 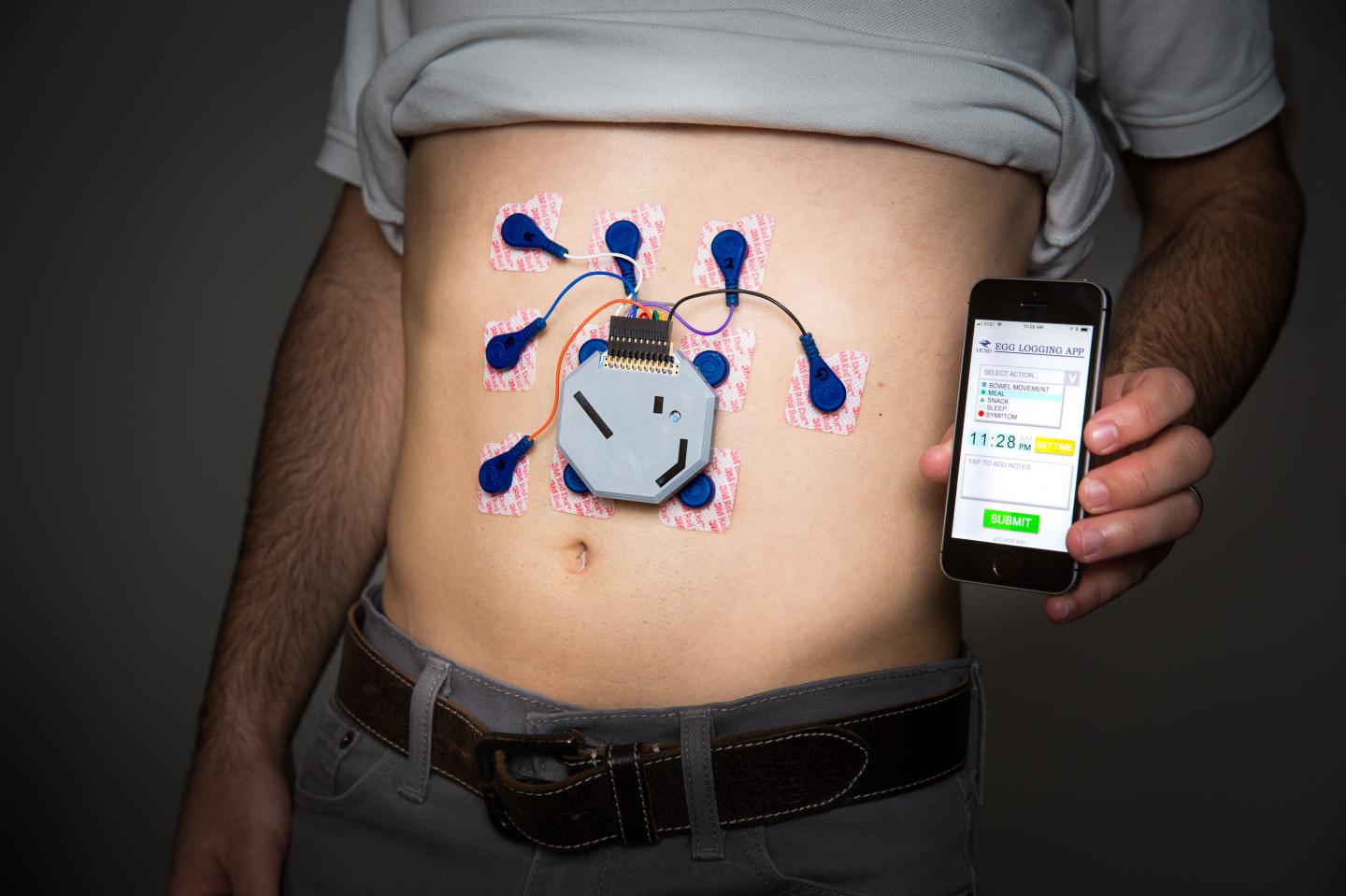 Researchers have developed a wearable system to monitor stomach activity that performs as well as current state of the art methods but can be used outside of a clinical setting. (Source: University of California San Diego)

The device is a 3D printed portable box that was connected to 10 small, wearable electrodes. These electrodes are typically used in electrocardiograms. The electrodes and a battery are housed in the 3D printed box, which is placed on the patient’s stomach. An app was developed to accompany the wearable. This app allows patients to track their meals, sleep and more. Long-term, this app could allow doctors and patients to see the data gathered in real time.

The team tested this device on 11 children and one adult volunteer. Before using the wearable device, all of these volunteers had been undergoing manometry – an invasive procedure that is the gold standard in GI tract monitoring.

Their research showed that the data that this wearable system gathered is comparable to the data that doctors are currently gathering with the most state-of-the-art methods on the market. The methods currently used are invasive, which obviously patients would like to avoid at all costs. The wearable found that electrical activity in the stomach changes around meals, during sleep and follows each patient’s natural circadian rhythm.

"We think our system will spark a new kind of medicine, where a gastroenterologist can quickly see where and when a part of the GI tract is showing abnormal rhythms and as a result make more accurate, faster and personalized diagnoses," said Armen Gharibans, the paper's first author and a bioengineering postdoctoral researcher at the University of California San Diego.

"This work opens the door accurately monitoring the dynamic activity of the GI system," Todd Coleman, UC San Diego professor of bioengineering and paper co-author said, "Until now, it was quite challenging to accurately measure the electrical patterns of stomach activity in a continuous manner, outside of a clinical setting. From now on, we will be able to observe patterns and analyze them in both healthy and unwell people as they go about their daily lives."

"This will help us determine if the stomach is functioning properly during meals and - most importantly - when patients are experiencing symptoms such as nausea and belly pain," said Dr. David Kunkel, one of the paper's co-authors and a gastroenterologist at UC San Diego Health.

The team created an algorithmic pipeline that cleans up data and separates muscle activity, heartbeats, gastric activity and other signals that may overlap with the electrical signals. This allows the doctors to examine all of these signals and figure out the source of a patient’s stomach issues.