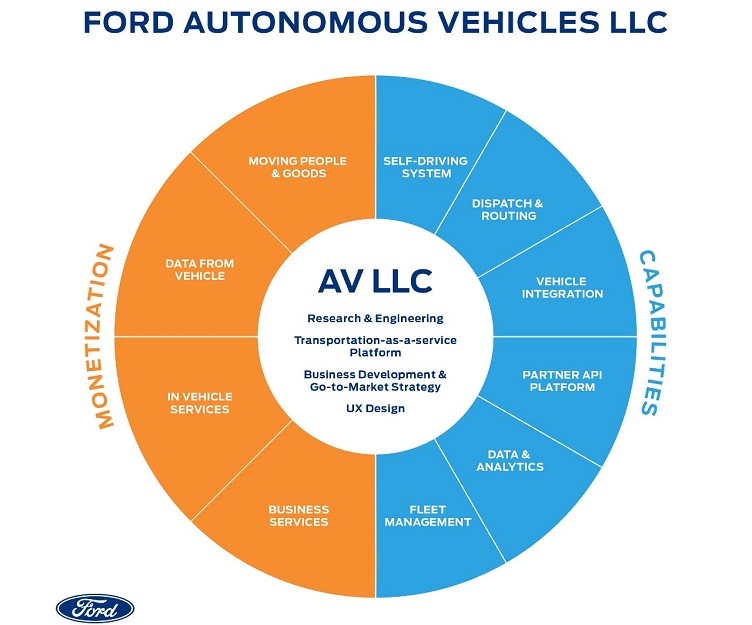 Since General Motors bought Cruise Automation more than two years ago to advance its autonomous driving capabilities, the automaker has been sinking billions of dollars for the next big thing in automobiles. Waymo, the division of Google focused on self-driving cars, has been working for years on developing its own technology to take advantage of what will be a multi-billion dollar market.

Now, Ford Motor Company has created Ford Autonomous Vehicles LLC and will invest $4 billion in the effort through 2023.

The division will be based at Ford’s Corktown campus in Detroit and will hold Ford’s ownership stake in Argo AI, the Pittsburgh-based company Ford was working with for self-driving system development. The $4 billion investment will include the $1 billion Ford already committed to the Argo collaboration.

Sherif Marakby has been appointed as CEO of Ford Autonomous Vehicles LLC, he was previously Ford’s vice president of autonomous vehicles and electrification.

Ford said the goal of creating a new LLC was to bring the self-driving platform and mobility solutions teams closer together for faster development of businesses that can thrive in the pre- and post-autonomous vehicle world.

“Ford has made tremendous progress across the self-driving value chain – from technology development to business model innovation to user experience,” said Jim Hackett, president and CEO, Ford Motor Company. “Now is the right time to consolidate our autonomous driving platform into one team to best position the business for the opportunities ahead.”