New Material Found to be Perfect for Supercomputer Circuit Board Construction

Don David, CIRES chemist and instrument designer, and his colleagues from the National Institute of Standards and Technology have created a new plated metal combination that easily superconducts at average temperatures. This new discovery is huge for developing supercomputers. David and the team released the recipe for the new combination: one ultrathin layer of rhenium, sandwiched between gold layers that measure 1/1000th the diameter of a human hair and can superconduct at over 6 degrees Kelvin. 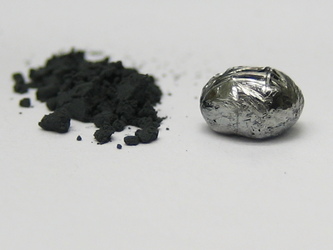 Rhenium is the new material for supercomputers' circuit board. Source: UCLA

"The sheer magnitude of the critical temperature was unexpected," said Don David, director of the CIRES Integrated Instrument Development Facility. "We had been thinking for a while about ways to impart superconducting properties to gold and copper films, and we were surprised at how robust and effective the thin layer of electroplated Re was."

The electroplated rhenium superconducts at higher temperatures that are easier to achieve, easy to work with mechanically, non-toxic and also melts at high temperatures. All of these characteristics mean that the rhenium is perfect for the circuit boards in the next-generation of computing applications.

David electroplates almost daily. Electroplating is the process of passing an electrical current through an aqueous solution of dissolved metal and created a metal coating on the submerged object. David and his colleagues were searching for superconducting for the Pappas’ Quantum Processing Group at NIST. They had tried many different combinations but they were struggling to find one that works. Xian Wu, David’s NIST colleague, suggested rhenium and they finally found their solution.

The team put rhenium through a lot of tests to find if it was their dream material. They tested for electrical resistance and found it superconducts up to 6 degrees K, which is way over the boiling temperature of liquid helium. This was the first of many signs that rhenium was the answer to their wishes. Being able to electroplate a superconductor is huge for creating a superconducting computer, the computers of the future.

Every computer has a circuit board. The circuit board is a key to carrying out the functions of the computer through pulses of electrical information (bits) that travel across the board. In today’s computers, electrical pulses are delayed by the material that the board is made out of because the pulses are slowed down by the material and the wasted energy creates heat. With a superconductor, there is zero electrical resistance, therefore zero heating. This means the computer will be incredibly fast and powerful.

Superconductors are not a new device. But the new research in rhenium is a huge breakthrough because it is the best material that has been found so far for a supercomputer’s circuit board.

The paper on this research was published in Applied Physics Letters.