Superconductors and their applications 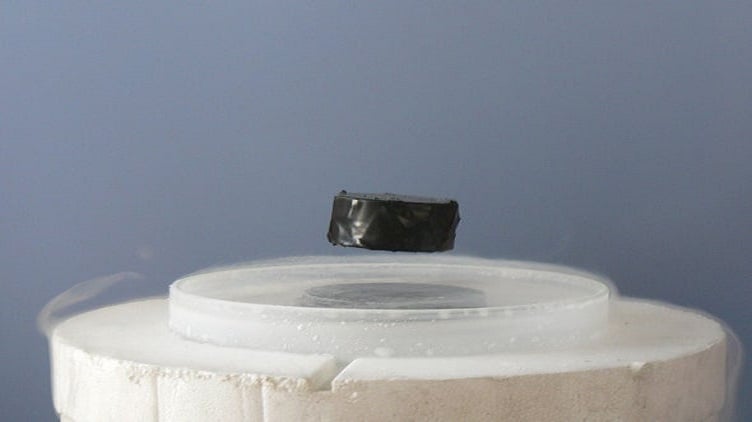 At the beginning of the 20th century, physicists invented different experimental methods for cooling elements to near absolute zero (-273° C) and started to investigate the ability of various elements to conduct electricity, which varies under such harsh conditions. They discovered something extraordinary in basic elements such as lead and mercury — these elements can conduct electricity without resistance below some temperatures. The same activity was subsequently observed in thousands of materials, from carbon nanotubes to ceramics. This state of matter is now considered as an extraordinary fourth group of elements, known as superconductors.

Elements can be classified into three broad groups depending upon their capability of conducting current, for instance, conductors, insulators and semiconductors. Conductors are mostly metals, such as silver and copper, which permit electrons to move around freely and conduct current. Insulators such as wood or rubber have 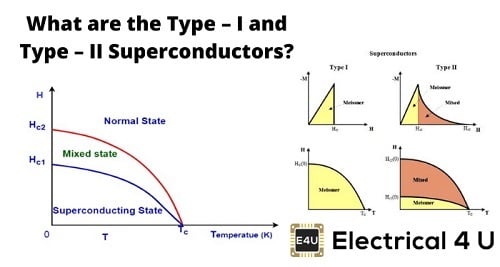 Properties of type 1 and type 2 superconductors. Source: Electrical 4 Ua tight grip on their outer shell electrons, which does not permit them to conduct any current. And semi-conductor elements such as silicon and germanium can be made conductors when doped with pentavalent or trivalent materials.

A superconductor can transport electrons such that the electrical current in its wire will always flow in loops, without weakening or melting away, and for thousands of years. There is no resistance present when the electrons flow from one atom to another. This ensures that when the substance has achieved "critical temperature," which is the temperature when the substance becomes superconductive, no sound, heat or other kind of energy can be emitted from the substance. However, many substances need to be in a critically low energy level (very cold) to convert into a superconductor. Studies are in progress to produce superconducting compounds at higher temperatures. In 2015, a paper published in Nature reported a material (H3S) reaching its superconductive state at 203° K under pressure equal to over 1 million times atmospheric pressure (155 GPa).

Superconductors are promising candidate components for technologies like magnetic resonance imaging. Such machines utilize superconductors to produce a huge magnetic field, which provides doctors a non-invasive means of picturing the internal parts of the body of the patient. Superconductor magnets have also led to the discovery of the Higgs Boson particle in the last decade via focusing and bending the rays of colliding particles.

When put next to a strong magnet, a fascinating and theoretically useful property of superconductors can also be used in many applications. The magnetic field induces electric current to spread naturally on a superconductor's surface and thus generate its own counteracting magnetic field. The result is that the superconductor levitates rapidly over the magnet, lifted by an unseen magnetic force in the atmosphere.

Another interesting application of a superconductor is in the architecture of the Large Hadron Collider, the world’s largest and most powerful particle accelerator. Inside tunnel-like structures, rays of charged particles travel through tubes filled with strong superconductors. Intensive magnetic fields are produced by the current that travels via the superconductors, by electromagnetic induction, which can then accelerate and steer the team as per requirements.

What prohibits the broader use of superconductive materials is that they need very low temperatures to operate. Until now, the highest reported temperature by a material to reach its superconductive state is 203° K (-70.15° C), which is much cooler than the chilliest nights of Antarctic winter. Experts hope to discover a substance that exhibits superconducting properties at room temperature; however, it is a daunting challenge. Higher temperatures cause the adhesive, which keeps the superconducting electron pair together, to break and thus restore the substance to its dull metallic form. However, current applications of superconductors are still fascinating, and more of them will exist in the future.