Drone Can Operate in Harsh Environments and Extreme Weather 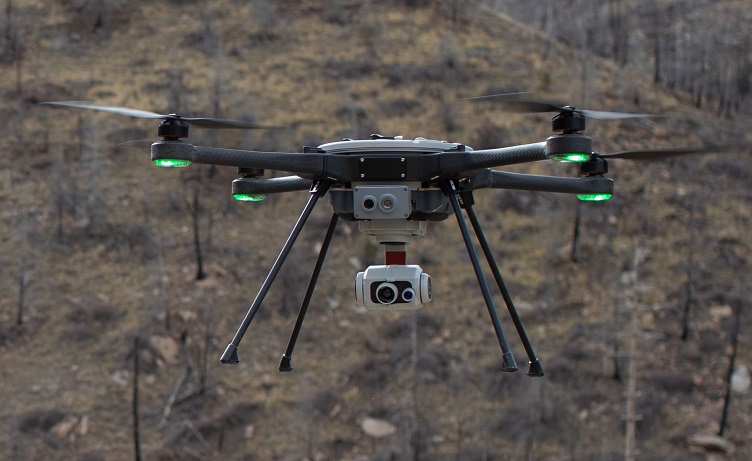 The R80 drone can withstand sustain winds up to 70 kph. Source: Aeryon Labs

Aeryon Labs Inc. has introduced its latest unmanned aircraft system (UAS) for use by the defense and security markets that require a drone to handle harsh environments and tough weather conditions.

The new drone can carry a payload capacity of up to 2 kilograms allowing it to carry heavier optics and multi-sensor payloads that were previously only available for much larger fixed-wing UASs. This might include items such as radios, ground sensors, medkits, life vests and more.

The R80 contains four redundant batteries, each rated below 99Wh and a plug-in tether kit can provide persistent endurance for long-term overwatch or surveillance applications and it can easily be reconfigured back into free-flight mode, Aeryon labs says.

The R80 can withstand sustained winds up to 70 kph and operates up to 15,000 MSL under its standard propulsion configuration.