In December 2015 a team of researchers from MIT, the University of California at Berkley and Boston University announced that they successfully fabricated a working microprocessor that integrated both optical and electronic components. But the team's technique required the chip’s electrical components to be built from the same layer of silicon as the optical components. The whole process relied on only chip technology that had silicon layers that were thick enough for optics. 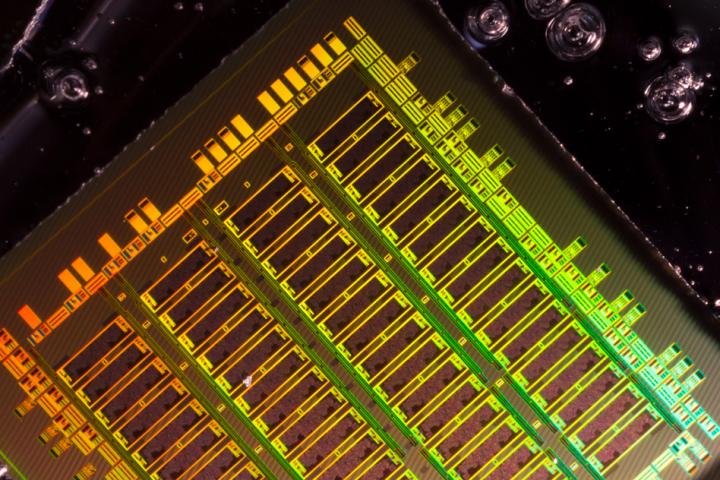 Researchers have developed a technique for assembling on-chip optics and electronic separately, which enables the use of more modern transistor technologies. (Source: Amir Atabaki)

Fast forward to today, and the same team developed a new technique that is built off of their last discovery. The new technique creates on-chip optics and electronics separately, allowing for modern transistor technologies to be used. Like their previous breakthrough, the new technique uses current manufacturing processes.

"The most promising thing about this work is that you can optimize your photonics independently from your electronics," says Amir Atabaki, a research scientist at MIT's Research Laboratory of Electronics and one of three first authors on the new paper. "We have different silicon electronic technologies, and if we can just add photonics to them, it'd be a great capability for future communications and computing chips. For example, now we could imagine a microprocessor manufacturer or a GPU manufacturer like Intel or Nvidia saying, 'This is very nice. We can now have photonic input and output for our microprocessor or GPU.' And they don't have to change much in their process to get the performance boost of on-chip optics."

Using optical and electronic components on the same chip reduces power consumption. The optical communications devices that are currently on the market consume too much power and generate too much heat to be used in electronic chips.

A commercial modulator consumes between 10 and 100 times as much power as the modulators on the new chips, while also taking up 10 to 20 times as much space on the chip. The use of both electronics and photonics on one chip creates a more space-efficient design that was based on a ring resonator.

"We have access to photonic architectures that you can't normally use without integrated electronics," Atabaki explains. "For example, today there is no commercial optical transceiver that uses optical resonators because you need considerable electronics capability to control and stabilize that resonator."

The paper on this new chip was published in the journal Nature.