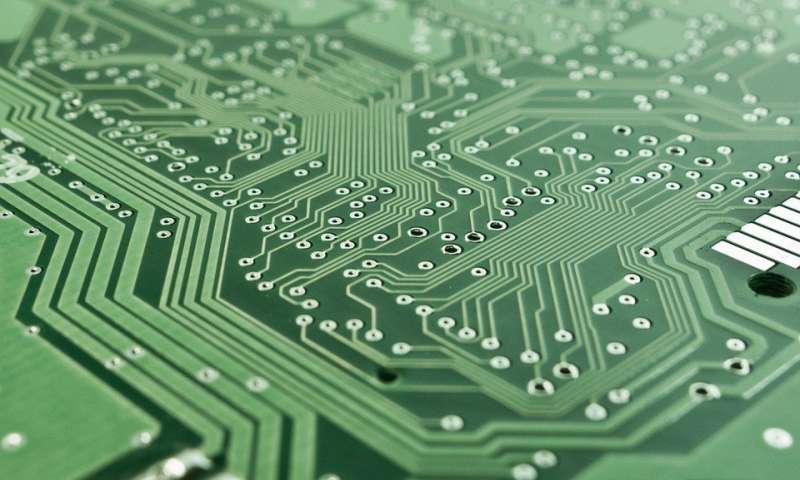 The TFT is typically used in LCD screens that are in smartphones, tablets and high-definition TVs today. The LCD has a TFT behind all the pixels. The TFT act like individual switches so the pixels can change rapidly.

The current TFTs are silicon based. This means they are opaque, rigid and expensive when compared to the oxide semiconductors that are coming from the U.K. and China teams. Oxide TFTs will provide users with an improved picture on LCD screens and the flexibility is what is really impressing the researchers.

"TVs can already be made extremely thin and bright. Our work may help make TV more mechanically flexible and even cheaper to produce. But, perhaps even more importantly, our GHz transistors may enable medium or even high performance flexible electronic circuits, such as truly wearable electronics,” said Aimin Song, professor of nanoelectronics in the School of Electrical and Electronic Engineering at the University of Manchester. “Wearable electronics requires flexibility and in many cases transparency, too. This would be the perfect application for our research. Plus, there is a trend in developing smart homes, smart hospitals and smart cities — in all of which oxide semiconductor TFTs will play a key role."

Oxide-based tech is rapidly developing in comparison to silicon. Professor Song says that there are a lot of efforts going into improving the oxide semiconductor-based TFTs. Some oxide-based tech has already started replacing silicon in some applications.

"To commercialize oxide-based electronics there is still a range of research and development that has to be carried out on materials, lithography, device design, testing, and last but not the least, large-area manufacturing. It took many decades for silicon technology to get this far, and oxides are progressing at a much faster pace,” said Professor Song.

"Making a high-performance device, like our GHz IGZO transistor, is challenging because not only do materials need to be optimized, a range of issues regarding device design, fabrication and tests also have to be investigated,” he continued. “In 2015, we were able to demonstrate the fastest flexible diodes using oxide semiconductors, reaching 6.3 GHz, and it is still the world record to date. So we're confident in oxide-semiconductor based technologies. "

The paper on this research was published in IEEE Transactions on Electron Devices.