Scientists have developed an artificially intelligent (AI) ocean predator that actually acts like the animal in real life. The “Cyberslug” reacts to food and responds to the real-life predator in the same way that the real predator reacts. The animal the cyberslug was based on is the slug Pleurobanchaea californica. 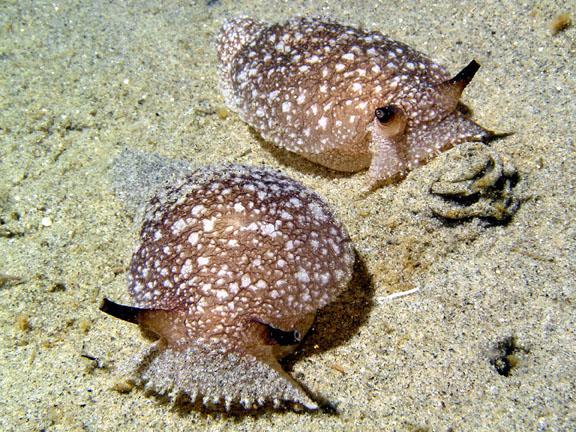 The Cyberslug’s self-awareness is what makes it stand out from other, similar virtual AI creatures. The researchers from the University of Illinois were led by molecular and integrative physiology professor Rhanor Gillette, along with Mikhail Voloshin, a software engineer.

"That is, it (Cyberslug) relates its motivation and memories to its perception of the external world, and it reacts to information on the basis of how that information makes it feel," Gillette said.

Cyberslug is able to tell when it is feeling three things: hunger, mating or fear. It has figured out which virtual sea slugs are good to eat and which may poison it or be less delicious. Typically, real wild slugs choose to either eat, mate or flee when coming across another creature in the wild. They determine what their needs at that exact moment are, and then respond accordingly. The Cyberslug attempts to have the same responses.

"Their (the wild slugs) default response is avoidance, but hunger, sensation and learning together form their 'appetitive state,' and if that is high enough the sea slug will attack," Gillette said.

"When P. californica is super hungry, it will even attack a painful stimulus," he said. "And when the animal is not hungry, it usually will avoid even an appetitive stimulus. This is a cost-benefit decision."

In their other work, Gilette and his team have worked on the figuring out the brain circuitry that the wild sea slugs use in their lives. They then created models and tested their accuracy through computer simulations. The first circuitry boards built were able to represent the sea slug brain that was in a plastic foam takeout container.

The newest and most updated models use sophisticated algorithms in order to simulate the Cyberslug’s goals and decision making. It was able to learn over time to bite and be choosy over food depending on how hungry it is.

"I think the sea slug is a good model of the core ancient circuitry that is still there in our brains that is supporting all the higher cognitive qualities," Gillette said. "Now we have a model that's probably very much like the primitive ancestral brain. The next step is to add more circuitry to get enhanced sociality and cognition."

You can try out the virtual sea slug for yourself here!