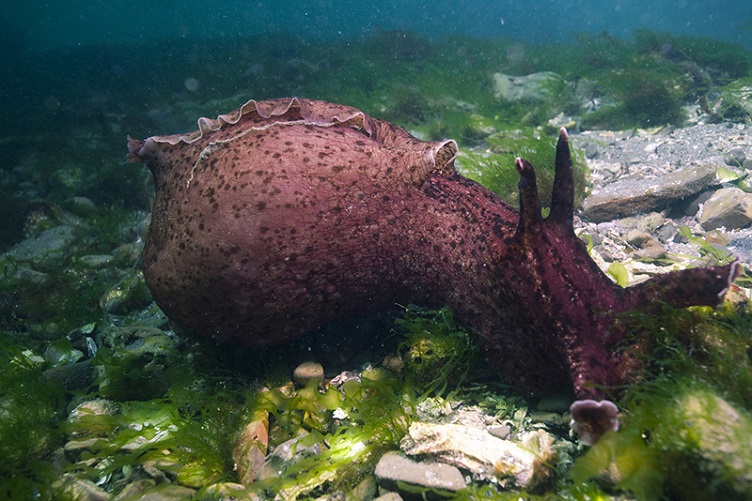 Sea slugs have two main signs of intelligence that could be ported to hardware in the form of quantum materials that could one day be used for advanced AI. Source: Purdue University

A new study has found that a material that can mimic the intelligence of sea slugs could one day be used to build hardware to help artificial intelligence (AI) become more efficient and reliable.

Researchers from Purdue University, Rutgers University, the University of Georgia and Argonne National Laboratory found that AI could be improved to meet a variety of needs from self-driving cars to surgical robots to social media algorithms.

“Through studying sea slugs, neuroscientists discovered the hallmarks of intelligence that are fundamental to any organism’s survival,” said Shriram Ramanathan, a Purdue professor of materials engineering. “We want to take advantage of that mature intelligence in animals to accelerate the development of AI.”

Habituation is getting used to stimulus over time — such as tuning out noises while driving. Sensitization, on the other hand, is how the organism reacts to new stimulus.

Researchers said AI has a hard time learning and storing new information without overwriting information that’s already been learned or stored. In this case, habituation would allow AI to forget unneeded information while sensitization could help AI to retain new and important information.

They were able to find ways to demonstrate both of these signs in nickel oxide, a quantum material. If the material could mimic these forms of learning from a sea slug, it could one day be possible to build AI directly into hardware and then operate it via both hardware and software.

“We basically emulated experiments done on sea slugs in quantum materials toward understanding how these materials can be of interest for AI,” Ramanathan said.

Studies have shown sea slugs demonstrate habituation when they stop withdrawing their gills, but an electric shock causes their gills to withdraw, showing sensitization. In nickel oxide, the gill withdrawal process is an increase in electrical resistance.

“The stability-plasticity dilemma is not solved at all. But we’ve shown a way to address it based on behavior we’ve observed in a quantum material,” Roy said. “If we could turn a material that learns like this into hardware in the future, then AI could perform tasks much more efficiently.”

The next steps will require the need to figure out how to apply habituation and sensitization in large-scale systems as well as determine how a material could respond to stimuli while integrated into a computer chip.