Grid-connected, three-phase AC/DC (or DC/AC) power conversion is required in a wide range of industrial applications — from power electronic interfaces of renewable energy systems (solar, wind and batteries), industrial and mass transport vehicle charging, to regenerative motor drives (elevators, mills, etc.). A practical example of such a three-phase, grid-tied AC-DC system would be fast charging stations for electric vehicles. Figure 1 shows a functional block diagram of a three-phase fast off-board charger for battery electric vehicles (BEVs). With bidirectional functionality of the converter, it is possible to deliver power from vehicle to grid (V2G). 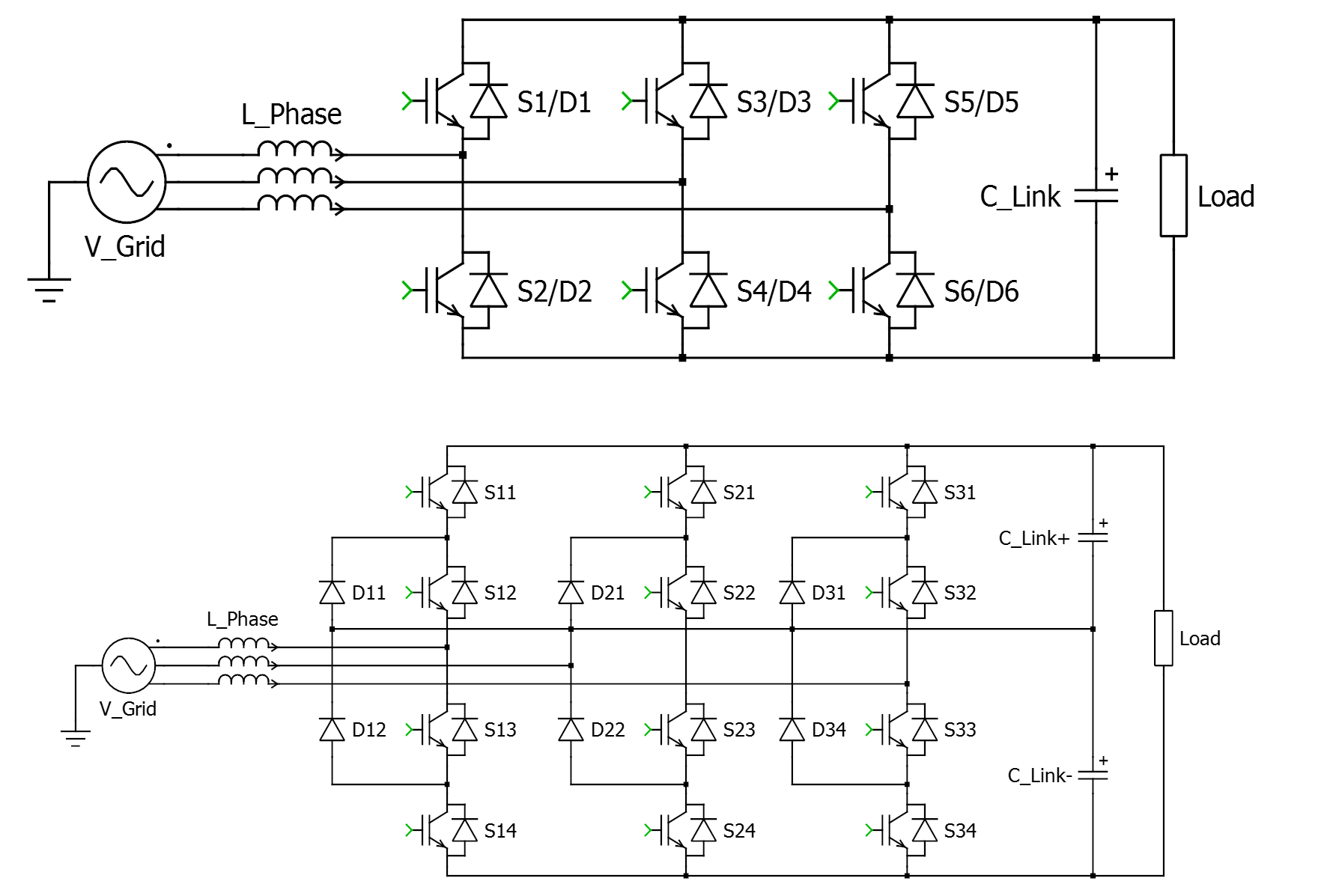 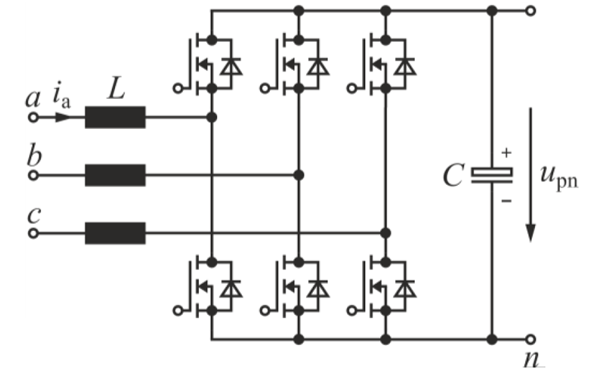 This article showcases a cost-effective, highly efficient design alternative for an industrial PFC application with the entire design based on SiC power MOSFET devices that are fully-qualified and in volume production. Challenging the traditional 1200-volt Si-IGBT two-level system, this design meets the same system-level specifications as presented in Table I. The proposed two-level SiC system follows the power topology in Figure 3 and is compared to a six-switch silicon (Si) IGBT system in Figure 2 (top). 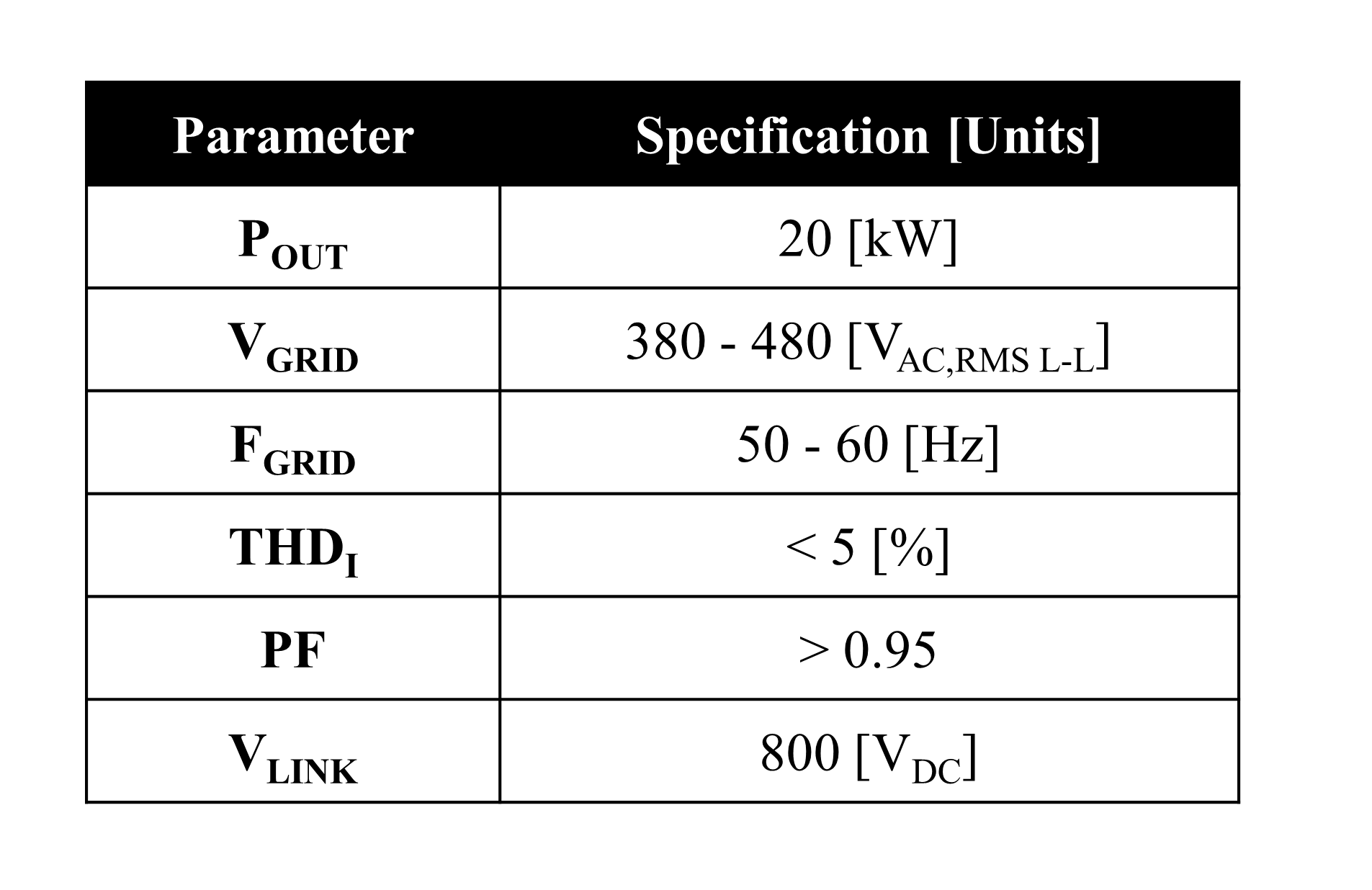 For this power level, a new 1000 volt/65 mΩ SiC MOSFET was selected. This part delivers extremely low switching losses thanks to a four-lead TO-247 package with dedicated Kelvin source connection. In addition, the optimized 1000-volt blocking and rugged body diode capability allows for minimum die cost while supporting up to 800 volts direct current (VDC) link operation. Figure 4 shows the device switching loss behavior as a function of drain current. Figure 5 shows the RDSON behavior versus temperature. 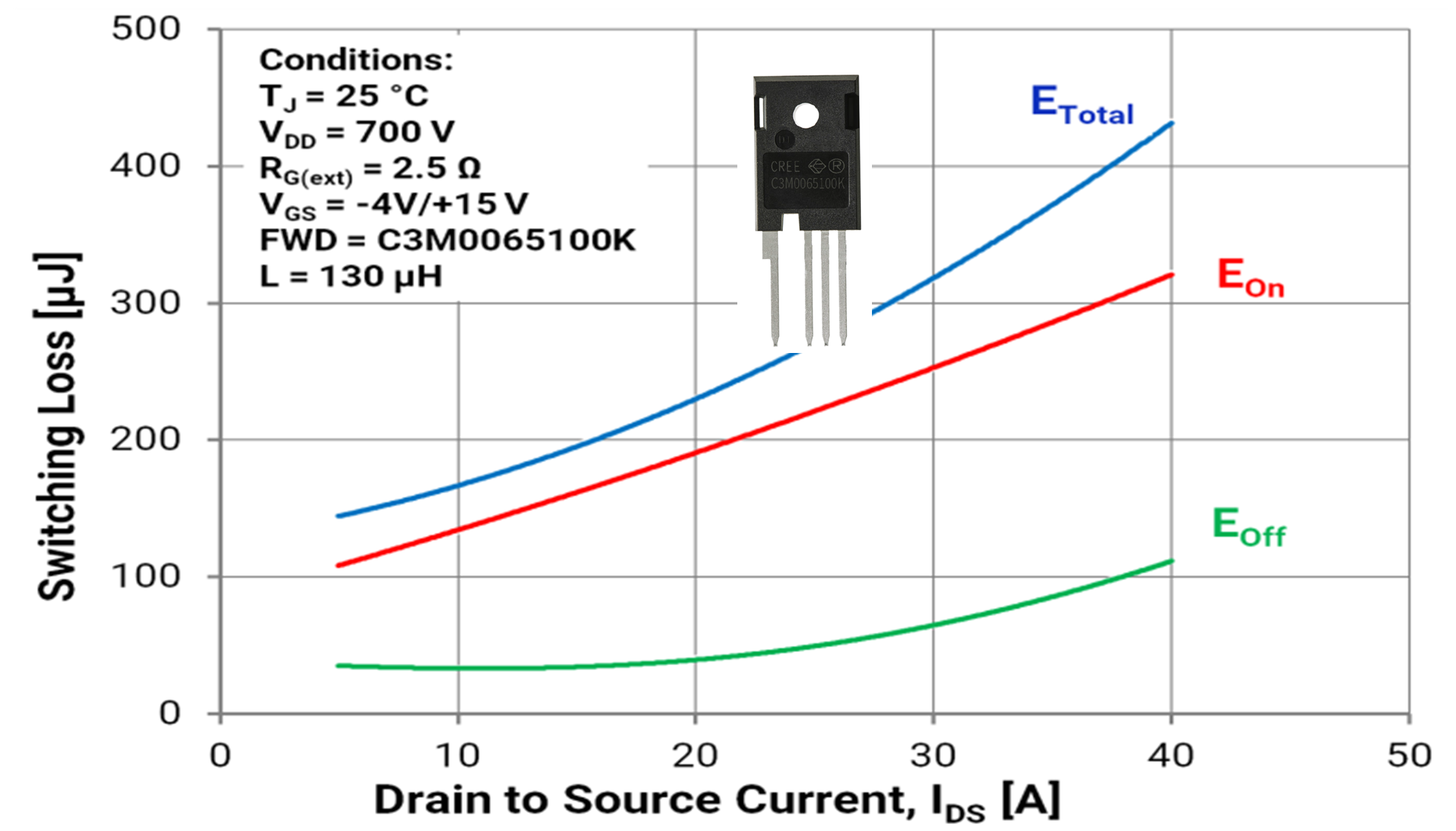 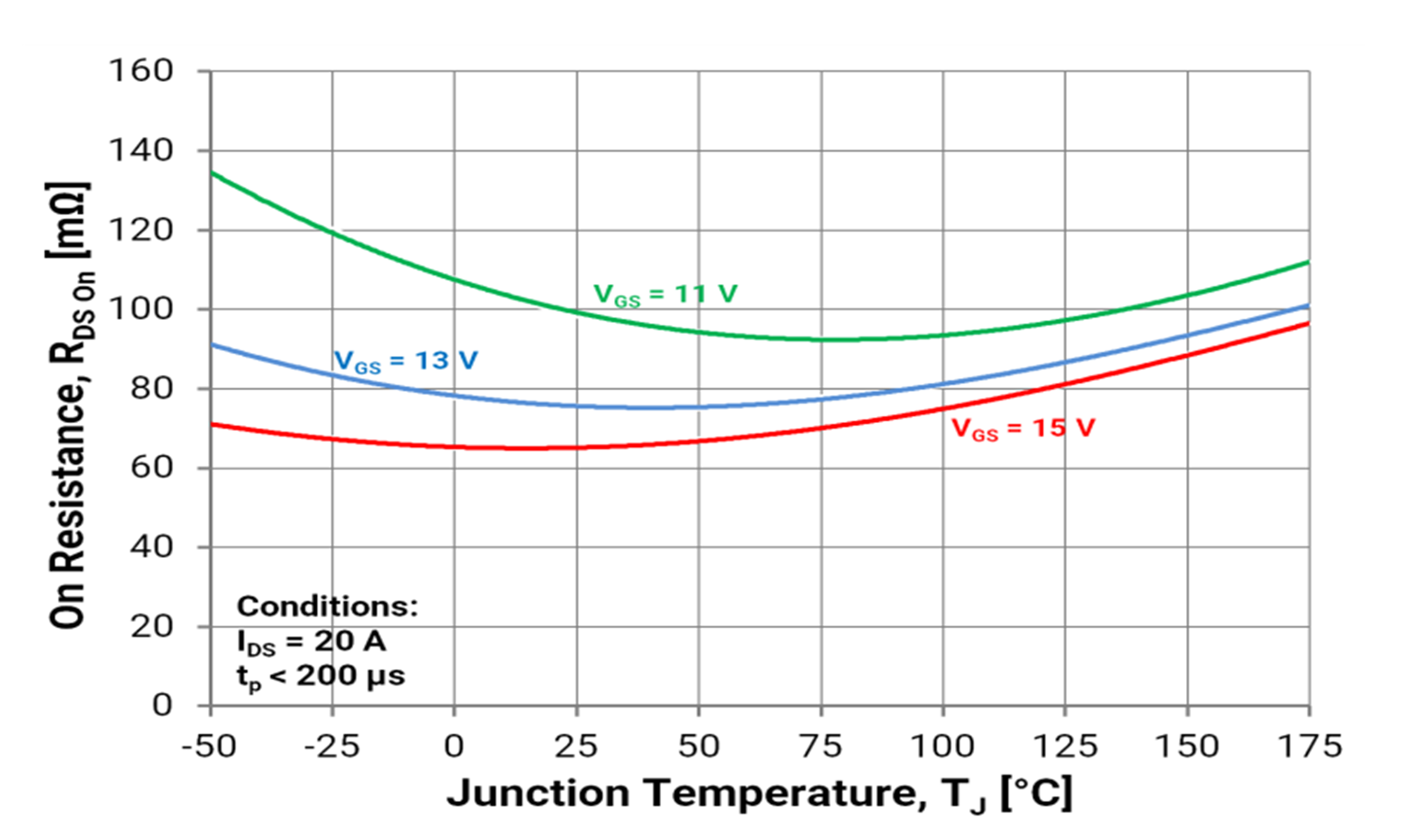 Compared with a similar current-rated 1200-volt, 50 A Si-IGBT (IGW25N120H3), the switching loss of the IGBT is seven times higher than a SiC MOSFET (based on the datasheet specifications). This is due to the high turn-off losses found in IGBTs.

Using the device static and dynamic characteristics, the system semiconductor losses can be calculated through simulation. Figure 6 summarizes the total losses assuming a constant device junction temperature of 110 degrees Celsius. First, the SiC MOSFET and Si IGBT were simulated operating at same switching frequency, 48 kHz. At 48 kHz, the IGBT losses are approximately 900 watts, dominated mainly by switching losses. For IGBT, the frequency had to reduce to 16 kHz in order to get to acceptable total losses. 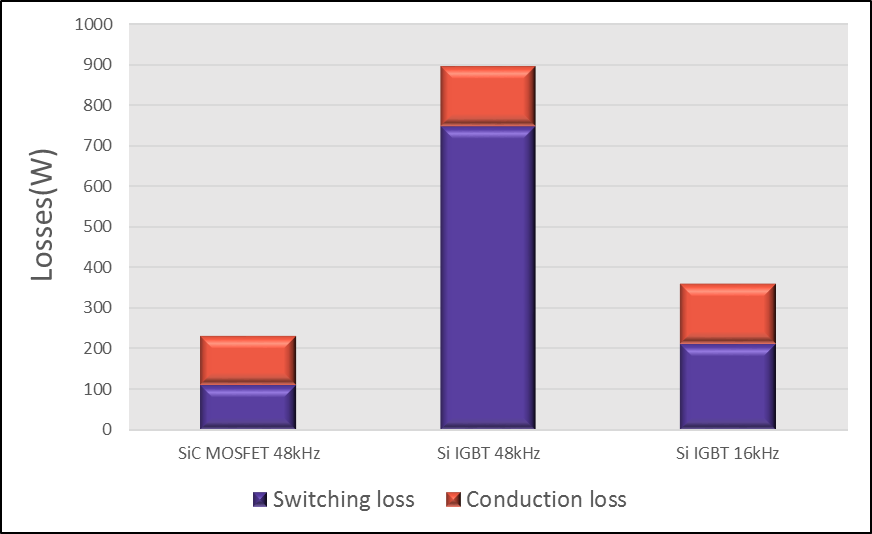 In order to achieve the same ripple current, with 16-kHz switching frequency, the inductor has to be 1.2 mH. If an amorphous core is used, AMCC-50 is needed for 48 kHz and AMCC-200 for 16 kHz. The cost comparison and cost is listed in Figure 7.

A second important difference between the proposed two-level, six-switch SiC PFC and the Si IGBT is cooling requirements for the semiconductors. The proposed two-level six-switch SiC PFC needs to dissipate a minimum power of 230 watts while the Si IGBT requirement is 360 watts. Assuming a typical extruded aluminum heatsink (Aavid Thermalloy 82160) with a 400 LFM airflow, the volume reduction from 3.9 dm3 for the Si-IGBT system to a volume of 1.7 dm3 for the SiC system is possible. Not only is this a significant size and weight reduction, but it will also bring down the cost.

Figure 9 shows the waveforms of input voltage and input current for Phase A under full power conditions at FSW = 48 Hz. The figure shows the alignment of voltage and current with minimal distortion, which proves two level converter works very well to achieve power factor correction.

Figure 10 summarizes the system efficiency and THD. The efficiency curves demonstrate the effectiveness of low switching loss of SiC MOSFET. 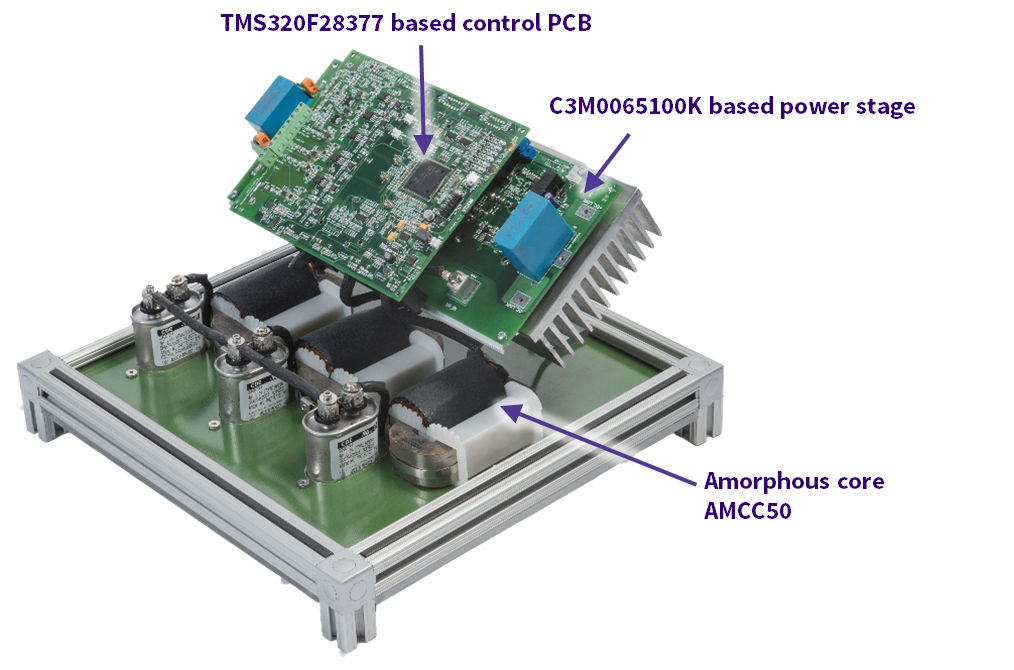 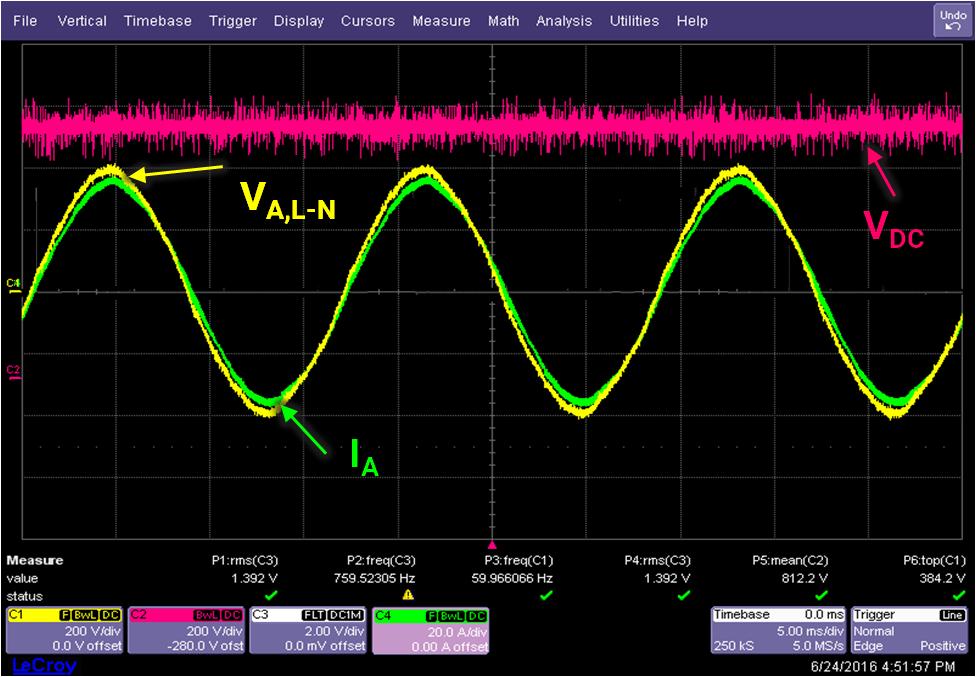 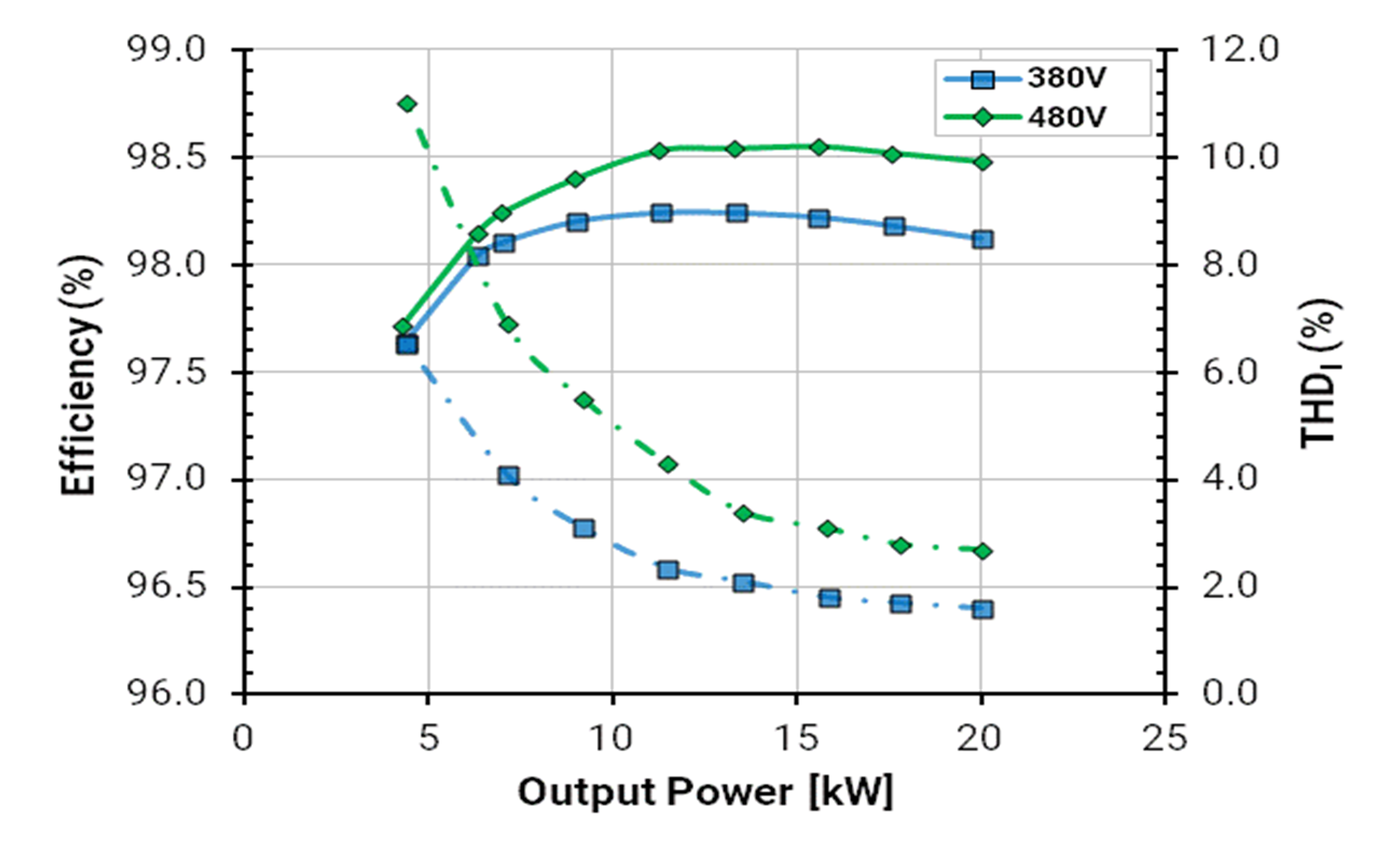 Figure 10. Measued efficiency and THDI as a funtion of output power for various input voltages (FSW = 48 kHz and LPHASE = 400 µH).