Dystopian fiction often focuses on a technology developed for good, which then goes haywire and nearly destroys the fabric of society. In the 2004 film "I, Robot," for example, humanoid robots do menial work as servants for the rest of humanity until a rogue device rebels against its well-intentioned programming and becomes homicidal. Plot lines like this one are especially plausible because a well-engineered artificially intelligent system could potentially initiate its own self-improvement protocol and leave humanity in ruins.

While strong AI systems may still be far in the future, if they happen at all, it’s not just so-called Luddites speaking out about its potential effects, both positive and negative. Stephen Hawking famously told the BBC in 2014 that AI “could spell the end of the human race.” Late last year, Elon Musk echoed this sentiment and claimed that humanity has less than a 10 percent chance to create safe, general AI systems. Most recently on January 25, Bill Gates spoke about the net positives of AI taking over some lower-level jobs, pointing to the possibility of longer vacations and more leisure time. Taking these views into consideration, it's clear that principles and ethical discussions must happen now if safe AI is to happen at some point.

Researchers classify today’s AI developments as narrow or weak AI. These systems perform a single, directed task, such as recognizing a face, classifying data or driving an automated vehicle. The AI that Hawking and Musk speak about is known as general or strong AI. These hypothetical systems could outperform humans at any task they attempt, whether playing chess or developing military strategy. Futurists like Ray Kurzweil see these systems — which may someday be capable of rapid self-improvement — as inevitable, whether it takes tens or hundreds of years to get there. 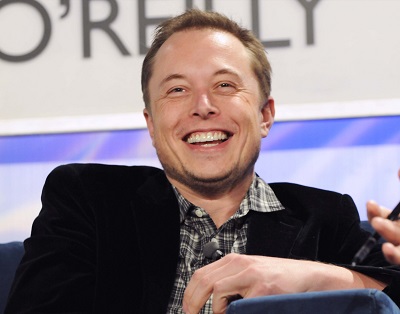 Prominent figures like Elon Musk (pictured) and Stephen Hawking are questioning the safety of strong AI systems. Source: JD Lasica / CC BY 2.0The timing of strong AI is notoriously difficult to pin down, and if "The Jetsons" and Popular Mechanics magazine covers tell us anything, it’s that technological overhyping is incredibly common. At the 2015 Puerto Rico AI Conference, keynote speaker Rich Sutton posited that probability estimates put human-level AI at a 50 percent chance of occurring by 2040, versus a 10 percent chance of never happening at all. While other estimates are significantly longer, most AI researchers agree that if strong AI is even 100 years off, it’s time to discuss it now.

Recent breakthroughs show that humanity is inching closer to strong AI. Google’s DeepMind developments are especially impressive. Its AlphaGo program has now consistently defeated the best human masters at the notoriously difficult game Go. And in December of last year, the company announced that its new AlphaZero algorithm had mastered chess, Japanese chess and Go within 24 hours, with only the rules of each game as input. While intelligent humanoid robots may never happen, it’s clear that superhuman, machine-directed learning is a looming possibility.

Sci-fi writer Isaac Asimov’s 1942 short story, “Runaround,” famously laid out his Three Laws of Robotics designed to govern strong AI. In the story, these interact with each other and interweave to create a sort of AI safety net to protect humans. The laws are:

2. A robot must obey the orders given it by human beings except where such orders would conflict with the First Law.

3. A robot must protect its own existence as long as such protection does not conflict with the First or Second Laws.

It’s easy to see how the Three Laws can protect against, say, a malicious human who attempts to order a robot to harm another human. Asimov’s story fashioned a dilemma around the laws: The robot protagonist is given an order to proceed into a dangerous situation and essentially freezes up because the robot itself was especially expensive to manufacture, so the Third Law to protect itself overrode its orders. Its human master discovers that the only way to unlock the robot’s logic loop is to put himself in physical danger, resulting in the robot snapping out of its loop and acting on the paramount First Law to save the human’s life.

While Asimov’s work is pure fiction, it still inspires discussions around AI ethics today. A number of technology think tanks have written up their own rules to govern hard AI. At the Future of Life Institute’s (FLI) Asilomar Beneficial AI Conference in 2017, researchers developed 23 principles for the development of responsible AI. These touch on issues like alignment with human values, privacy, transparency, responsibility and liberty. The Asilomar Principles have been signed by over 4,000 individuals, including Elon Musk, Stephen Hawking, Ray Kurzweil and Google DeepMind’s founders and research directors.

Other rule sets attempting to define responsible, safe AI — all of which were developed in the past year — include:

Should vs. Could in Strong AI

While these principles can help craft a safe, responsible, general AI system, any discussion of ethics asks whether such a system should come about at all. Stephen Hawking’s proclamation that strong AI could destroy humanity conjures up a vision of armed robots somehow “turned evil” against their human masters and obliterating them with their superior strength and intellect. But it’s highly unlikely that a machine programmed to be good or neutral could turn itself evil, and the greater worry is that humans will design AI with goals that don’t line up with humanity’s aims. 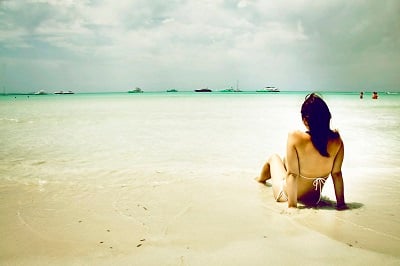 A future without work could be a utopian paradise or a dystopian nightmare, depending who you ask. Source: Luis Hernandez / CC BY 2.0These goals need not be sinister. Media sources have lately speculated on strong AI destroying the necessity of paid work, for example. Some futurists envision a future where AI performs most jobs, while humans collect basic income and have exponentially more time to be creative and leisurely. This sounds like a utopian vision for some, but an incredibly dull nightmare for others.

The possibility of using machine-produced labor to gain more time for creativity is particularly intriguing. Creative ability and production is often described using the Pareto principle, which in the case of creativity says that 20 percent of artists create 80 percent of generally popular and accepted art. (While this is not universally true, some interesting research of the popularity of music fell in line almost exactly with the Pareto curve.) This explains why most creative fields are dominated by a handful of superstars and many more struggling, unknown artists. Extrapolating the Pareto curve to a world devoid of work — in which those inclined have the time to write and share their own music, poetry and writing — one could imagine a world with a generally bored populace and much, much more bad art.

While this is only one fanciful example, conversations like these need to happen early in the development process to guide a technology as powerful as strong AI. Whereas critics spent the last 50 years asking if, when and how strong AI will happen, an increasing number are now asking “why” and “should” as well.