The Human Blood-Retinal Barrier Recreated on a Microfluidic Chip 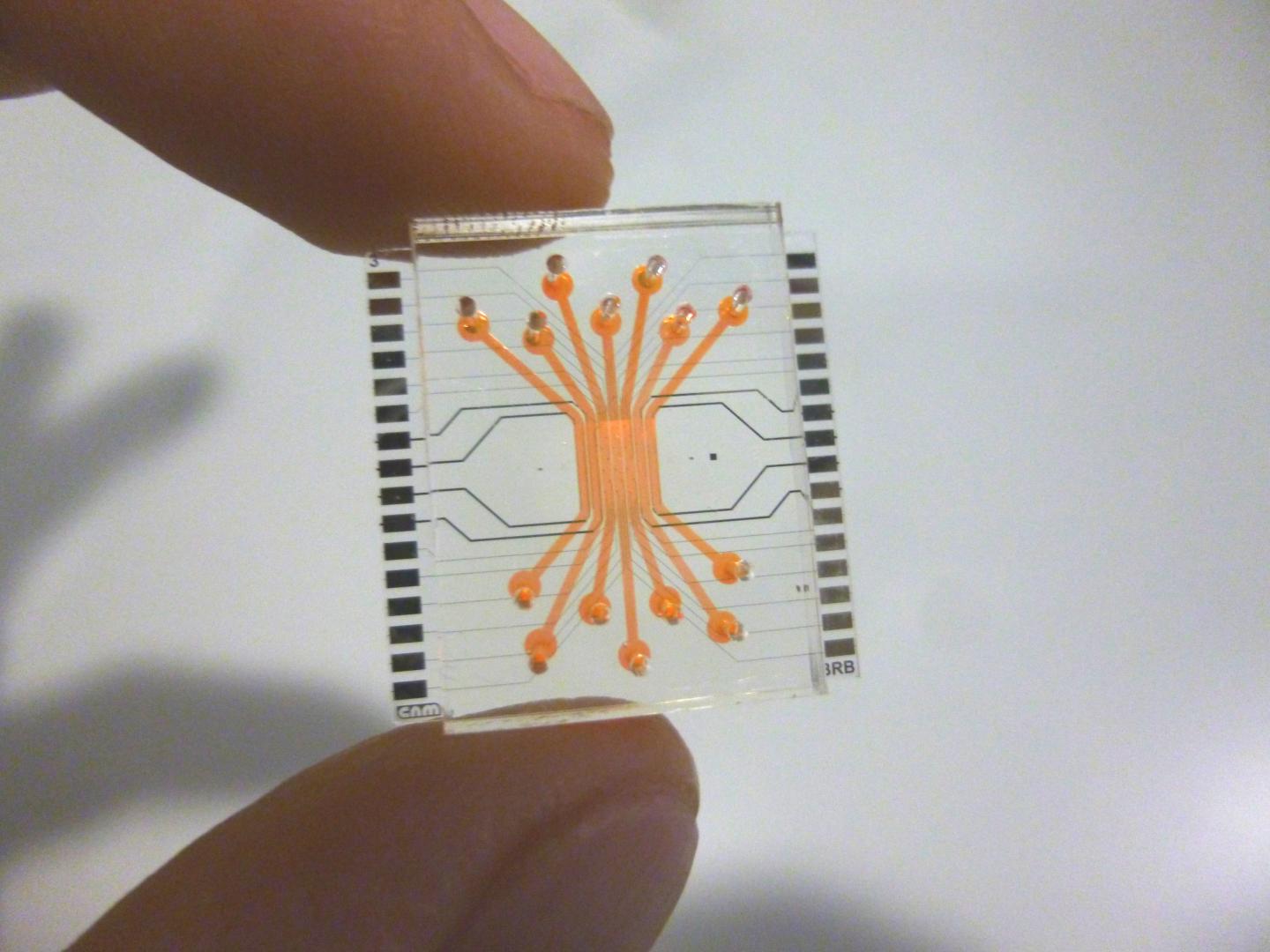 For years, scientists have been searching for ways to reduce animal testing while accelerating clinical trials. In vitro assays with living cells is one alternative, but it has proven difficult because the interconnection and interaction between cells cannot be reproduced easily.

In order to overcome this problem, scientists are developing systems that mimic tissues and organ functions in close to real conditions. These devices are called “organ-on-a-chip” and they include microenvironments and microarchitectures to match the living organs and tissues.

A team of scientists from Barcelona has developed a microfluidic device that can mimic the human blood-retinal barrier. The scientists are from the Biomedical Applications Group of the Microelectronics Institute of Barcelona (IMB-CNM) of the Spanish Council for Scientific Research (CSIC), the CIBER-BBN, and from the Diabetes and Metabolism group of the Vall d’Hebron Research Institute (VHIR), CIBERDEM-Institute of Health Carlos III and the Universitat Auònoma de Barcelona (UAB).

Experts are calling this study “proof of concept” because it demonstrates the feasibility of the design that was imagined by the scientists.

José Yeste is a CSIC scientist at the IMB-CNM and at the Microelectronics and Electronics Systems Department at the UAB and main author of the study. He says the device is composed of several parallel compartments arranged to emulate the retinal layer structure. Every compartment has a type of cell that has been cultured: endothelial cells (consisting of capillary vessels that carry oxygen and nutrients), neuronal cells (which form neuroretina) and retinal pigmented epithelial cells (which form the outer layer of the blood-retinal barrier).

The compartments are interconnected by a grid of microgrooves under the cells. With this, the cells can exchange signal molecules and communicate between them. Because of this, substances produced by some cells can reach the other cells and generate a cellular communication and interaction like a living organ. The device also allows for the exposure of endothelial cells to the particular mechanical conditions, like in the bloodstream.

Rose Villa, a CSIC scientists and leader of the Biomedical Applications Group said, “In the living organism, endothelial cells that cover the inner walls of blood vessels are exposed to the mechanical stimulus of the bloodstream. In the cell cultures where this condition is not reproduced, we could say the cells are like 'sleepy' and do not react as they would do in real conditions".

Rafael Simó, leader of the Diabetes and Metabolism group of the Vall d'Hebron Research Institute (VHIR) says, "The most relevant characteristic of this technology is that it mimics what happens 'in vivo' in the retina and therefore can be an essential tool to boost the in vitro experimentation. On the device, the cells grow constantly in contact with a fluid, as it happens in the human retina. Also, the cells keep a close interaction between them by chemical mediators, which makes it possible to see what happens in a type of cell when another type of cell nearby is harmed. Also, it is possible to measure electrical resistance for assessing the functionality of the retinal neurons."

The scientists tested the correct formation of the blood-retinal barrier, assessing the permeability, the electrical resistance and the expression of some proteins of the tight junctions between cells that are expressed when the cells have established a barrier function.

The tests have been designed to check if the barrier is properly formed, but keeping the natural permeability to allow the pass of nutrients and oxygen and to find if the cells were in contact and interacting.

The device could be used to study the effects of molecules or harming conditions on the human retina. The team wants to use the device to study the diabetic retinopathy, a disease whose causes and progression are not well understood.

Previously, the team led by Rosa Villa and the Microelectronics Institute of Barcelona (IMB-CNM) of the CSIC did create a device that emulates the blood-brain barrier.

They developed a microfluidic chamber that mimics the hepatic microcirculation. In this case, they designed and manufactured the device together with scientists at IDIBAPS.

The paper on this research was published in the journal Lab on a Chip.