Get Ready for a Global Electricity System Powered by Renewable Energy

A global transition to 100% renewable energy by 2050 is no pipe dream -- it’s happening today, according to 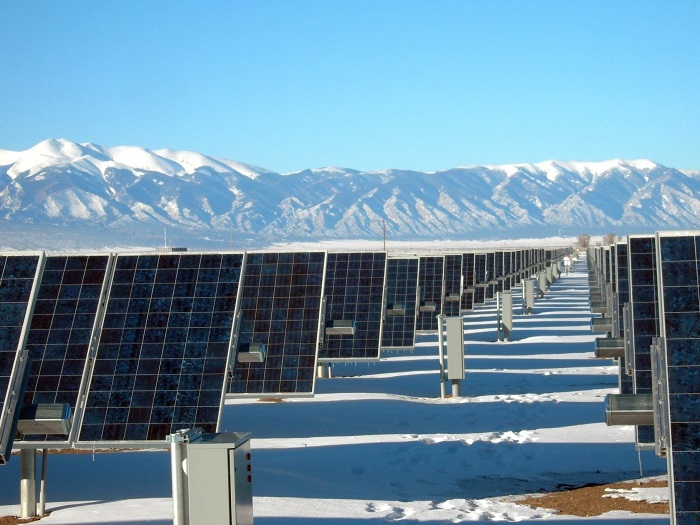 Solar PV will play a big role in energy production this century. recent research. A new study by Finland’s Lappeenranta University of Technology and the Energy Watch Group was presented last week during the Global Renewable Energy Solutions Showcase event at the United Nations Climate Change Conference COP23, which took place in Bonn.

A global electricity system powered by renewable energy is not only in the works, but it is also more cost effective than the existing system, which is largely based on fossil fuels and nuclear energy. Researchers found the average cost for 100 percent renewable electricity in 2050 would be roughly $68 per megawatt hour, compared to approximately $92 per MWh in 2015, using conventional power generation. By 2050, the global population will have grown from 7.3 billion to 9.7 billion, and as a result, the electricity demand for the power sector will grow from 24,310 terawatt hours in 2015 to roughly 48,800 TWh by 2050.

The study projects that costs in the solar photovoltaic and battery markets will continue to drop, so those segments will increasingly drive most electricity production. Solar PV is expected to account for 69% of the market, followed by wind energy at 18%, hydropower at 8% and bioenergy at 2% of the total mix in 2050 worldwide. The study also notes that wind power will see a surge in 2030, growing to 32% by 2030. However, after 2030, solar PV becomes more competitive, and the supply from solar increases from 37% in 2030 to roughly 69% in 2050.