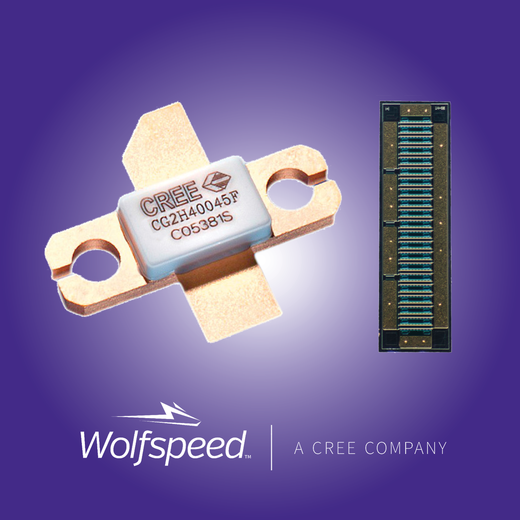 The 28 V GaN HEMT devices are developed using Wolfspeed’s proven 0.25μm GaN-on-SiC process and they are designed with the same package footprint as the previous generation of 0.4μm devices. This makes it possible for RF design engineers to use them as drop-in replacements for the earlier devices in existing designs. Available as packaged devices (CG2H400 Series) and bare die (CG2H800 Series), the new GaN HEMTs deliver 33 percent higher frequency operation to 8 GHz (from 6 GHz), an additional 1.5-2.0 dB of gain, as well as 5-10 percent boost in operating efficiency compared to Wolfspeed’s earlier generation devices.

To learn more about these new devices, visit Wolfspeed.