Researchers at BYU have 3D-printed the first viable microfluidic device small enough to be effective at a scale less than 100 micrometers. Microfluidic devices are tiny chips that can sort out disease biomarkers, cells and other small structures in samples like blood by using microscopic channels incorporated into the devices.

This accomplishment is a major breakthrough toward mass-producing the medical diagnostic devices in a cost-friendly manner. Greg Nordin, a BYU electrical engineering professor, and BYU chemistry professor Adam Woolley say that there are two things that were key to this innovation: building their own 3D printer to print at a higher resolution and using a new low-cost custom resin. 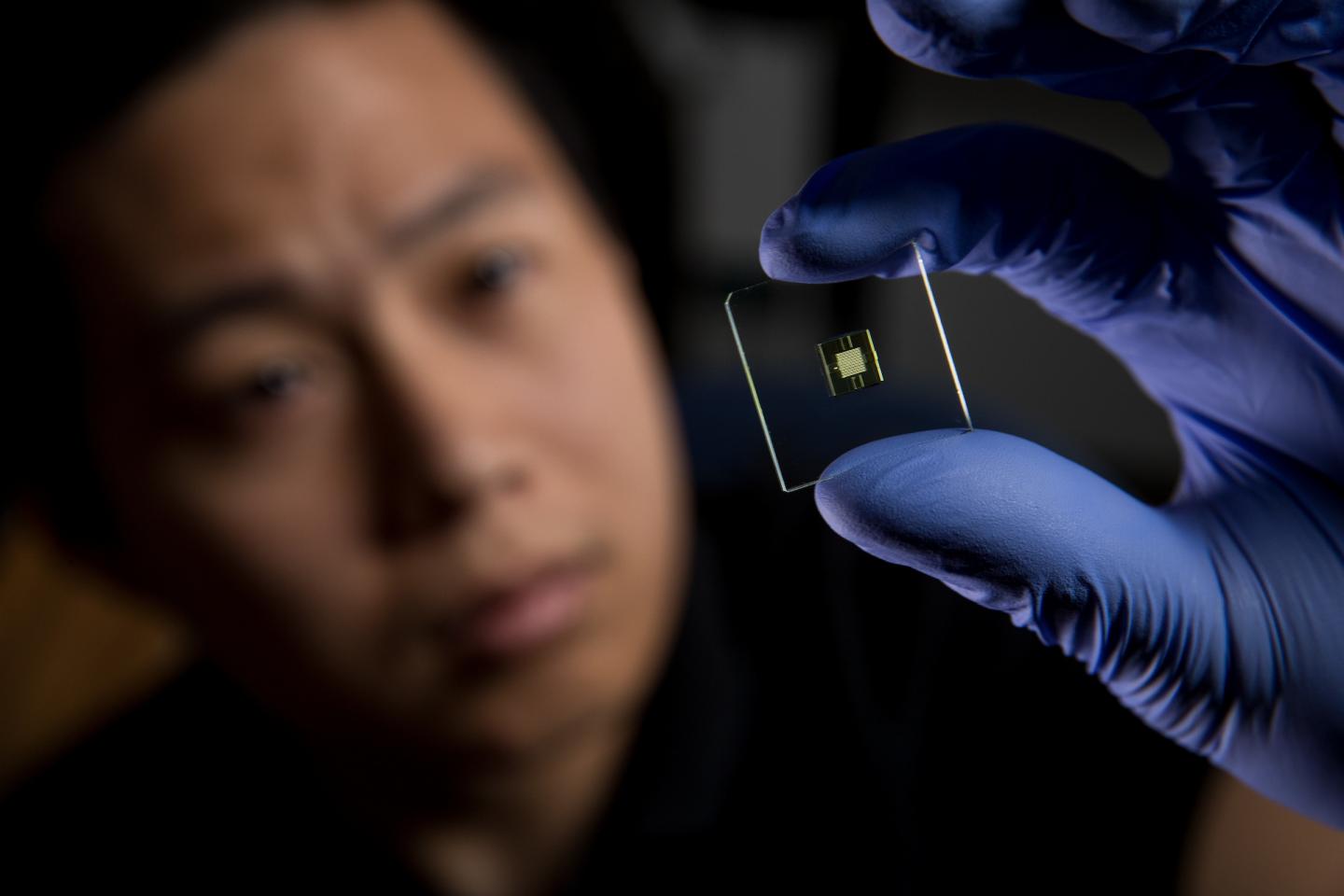 "Others have 3D-printed fluidic channels, but they haven't been able to make them small enough for microfluidics," Nordin said. "So we decided to make our own 3D printer and research a resin that could do it."

This work has produced labs-on-a-chip with flow channel cross sections as small as 18 micrometers by 20 micrometers. Other efforts in the past to 3D-print microfluidic devices have failed to go smaller than 100 micrometers. The researchers’ 3D printer uses a 385 nm LED that dramatically increases the available selection of UV absorbers for resin formulation compared to 3D printers that have 405 nm LEDs.

The advantages of 3D printing microfluidic device fabrication are already well-known. The researchers' new method of digital light processing stereolithography (DLP-SLA) is a lower-cost approach to this fabrication. DLP-SLA uses a micromirror array chip, like the ones in most consumer projectors, to dynamically create the optical pattern for each layer during the layer-by-layer printing process.

The researchers believe they are laying the foundation for 3D printing to challenge conventional printing methods like soft lithography and hot embossing that are normally used in microfluidic prototyping and development.

"We're deliberately trying to start a revolution in how microfluidic devices are fabricated," Nordin said.

Woolley’s research interests in microfluidics focus on using lab-on-a-chip devices to detect biomarkers in relation to preterm birth. Woolley said the paper represents an improvement factor of 100 on the size features that are possible in 3D-printed microfluidics. The BYU approach can create a device in 30 minutes and doesn’t require clean rooms.

"It's not just a little step; it's a huge leap from one size regime to a previously inaccessible size regime for 3D printing," Woolley said. "It opens up a lot of doors for making microfluidics more easily and inexpensively."

A paper on this research was published in the journal Lab on a Chip.