“Oh, you kids and your phones. Why don’t you put down the technology and appreciate the world around you? Kids these days are so addicted to social media.” As a twenty-two-year-old recent college grad, this is something I hear all the time. From women gossiping in line at CVS, to my own parents, I get comments from people older than me about my technology and social media usage almost every day. The craziest part is, when surveyed, researchers found that Baby Boomers spend the most time of all generations consuming web content, spending an average of 27 hours per week online, two more hours than Millennials. 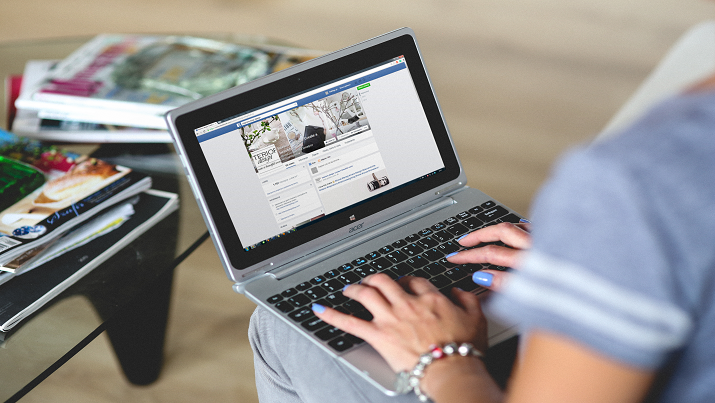 A couple of years ago I was sitting in the car with an older woman, and I was taking a silly Snapchat video to send to my friends. She commented, “Do you have to always take videos and pictures of yourself? It’s so narcissistic” This is not a comment out of the norm for me — or anyone my age who owns a smartphone — to hear. I’ve even heard some people call the keen attention paid to social media by young people an “epidemic.” There seems to be a stigma among those aged 40 and older that young adults and teenagers are addicted to social media.

I don’t believe that the average twenty-something is addicted to social media. I’m sure there are some special cases in which a person is truly addicted to social media, but overall, I don’t believe that social media addiction is as prevalent as older generations seem to believe. The real issue may lie in generational difference. Twenty-somethings and younger (Millennials and Gen Z) use phones and social media differently than the “older” generations. For example, I have multiple social media accounts on Twitter. I have a personal Twitter account, which I set to private so that only people I approve can see what I post. I tweet silly things there, like my opinion on the new flavors of Ben and Jerry’s ice cream (Truffle Kerfuffle is delicious). I also have a public, professional Twitter account. I use that one to promote articles I have written and interact with other professionals. This is not an uncommon practice among people my age. The younger generations have grown up using social media, and are more tech savvy by default than the older generations. Younger people see social media as an opportunity, and they take advantage of it.

I think that the idea of social media addiction stems from the older generations’ lack of fully understanding social media. They are very aware that younger people have a grasp on something that they might only kind-of-understand. When I read an article about social media written by an older individual, it seems he or she has a negative opinion of social media, talking about how kids spend so much time on their phones. Telling us to "get out there and walk in the grass." Those kinds of articles miss the positive activity that goes on within social media platforms. College graduates are using sites

like LinkedIn and Facebook to job hunt. Instagram provides an easy interface to create a portfolio. For example, photographers can have an Instagram completely dedicated to their craft. Companies can search “photographer” on Instagram will quickly discover all of the up-and-coming photographers that lie right before their eyes, as well as the companies’ that might hire them.

Let’s look at some statistics:

• There are two new profiles created every second on LinkedIn

• 2.03 billion people, 28 percent of the world’s population, say that they are on some form of social media

• There are 1.32 billion users currently on Facebook, and that number is growing every day

These statistics show social media use is higher than it has ever been. However, I believe that the rise in social media usage is not due to an addiction. People are taking advantage of social media more than ever before, in their professional and personal lives.

Social media is not going anywhere. It is a daily part of life, and younger generations are very aware of that. The idea of social media addiction, and the opinion that it’s running rampant among young people, is incorrect. People are just taking advantage of this new technology that is available to them.

What do you think about social media usage? Is social media addiction a major issue? Or is it a new technology to take advantage of? Let me know below.